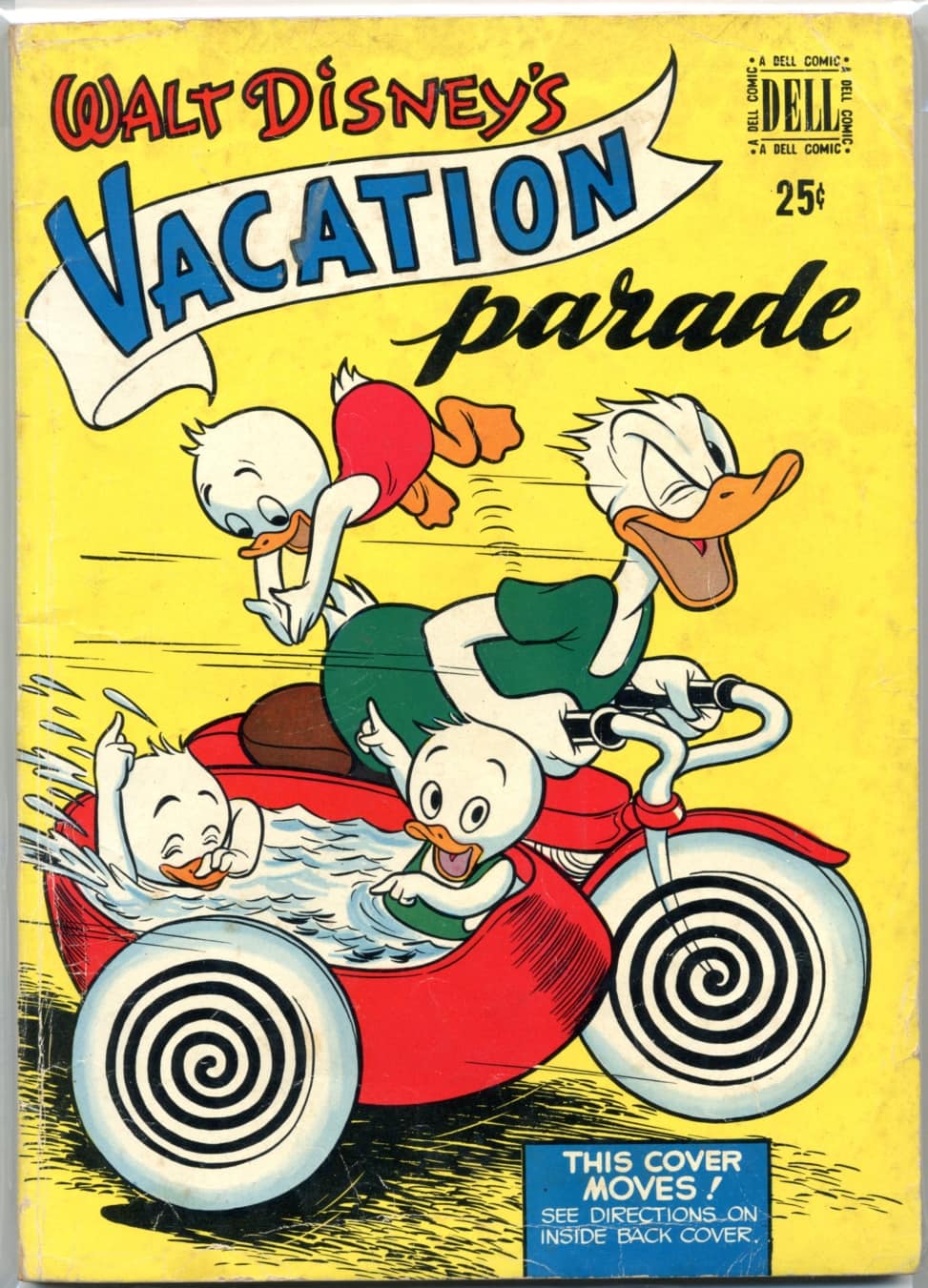 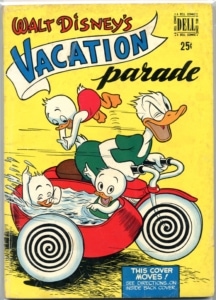 Carl Barks was the Disney Studio illustrator behind the creation of the city of Duckburg and most of its imaginative residents.  Adding to already established Disney characters Donald and his nephews, Barks created Scrooge McDuck (1947), Gladstone Gander (1948), the Beagle Boys (1951), The Junior Woodchucks (1951), Gyro Gearloose (1952), Cornelius Coot (1952), Flintheart Glomgold (1956), John D. Rockerduck (1961) and Magica De Spell (1961). The quality of his scripts and drawings made his work recognizable to fans, even though his name was anonymous and identity unknown to readers.  It was not until 1959 that his identity was discovered by John and Bill Spicer.

Called “the Hans Christian Andersen of comic books” “The Duck Man” Carl Barks was inducted into the Will Eisner Comic Book Hall of Fame in 1987.

While all Bark’s work is highly collected and sought after a couple of stories are considered the “best of the best.”  Those include “Vacation Time” in Walt Disney’s Vacation Parade #1 (July 1950) and “Donald Duck Lost in the Andes” in Four Color Dell Comics #223 (April 1949).