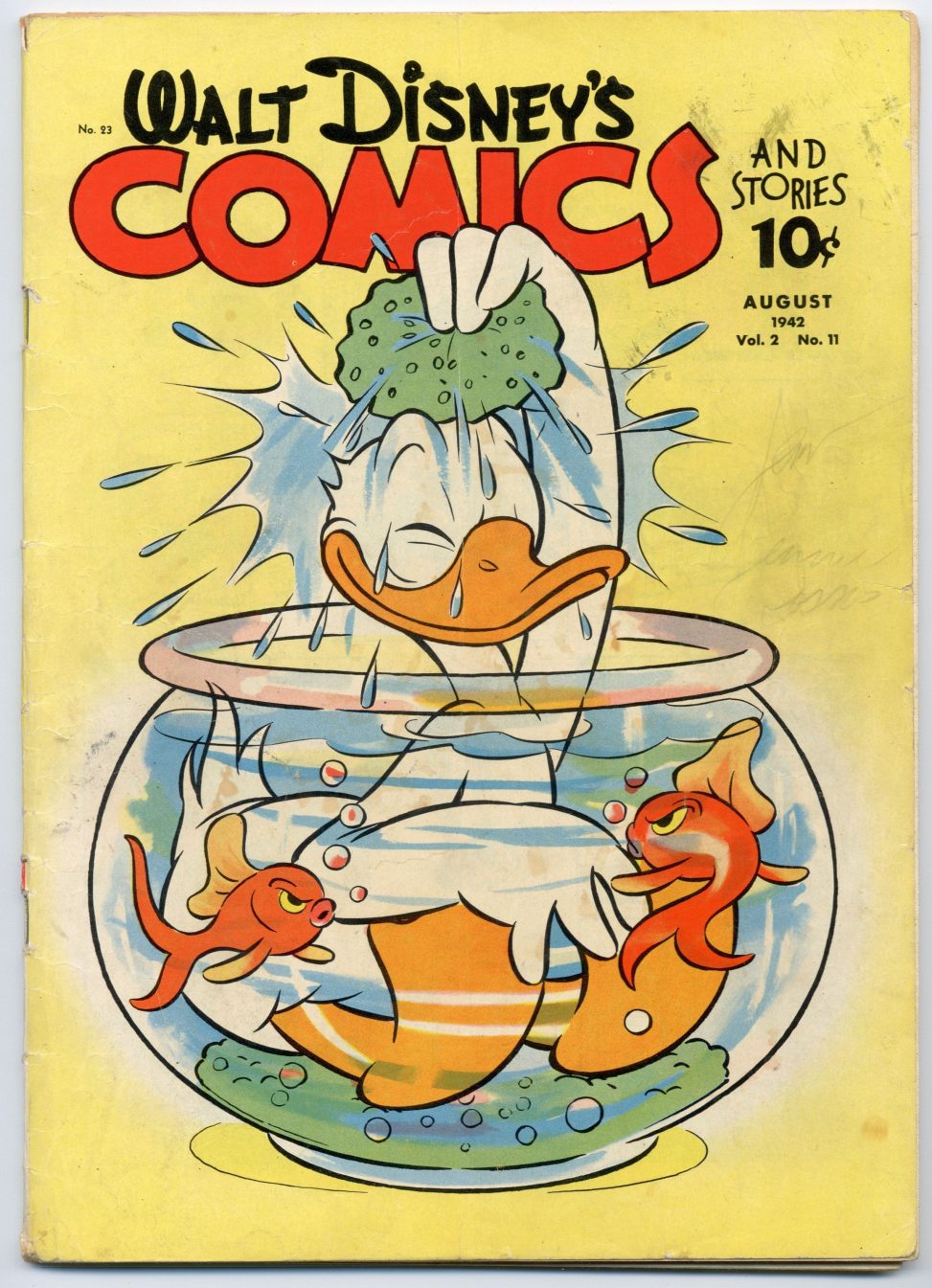 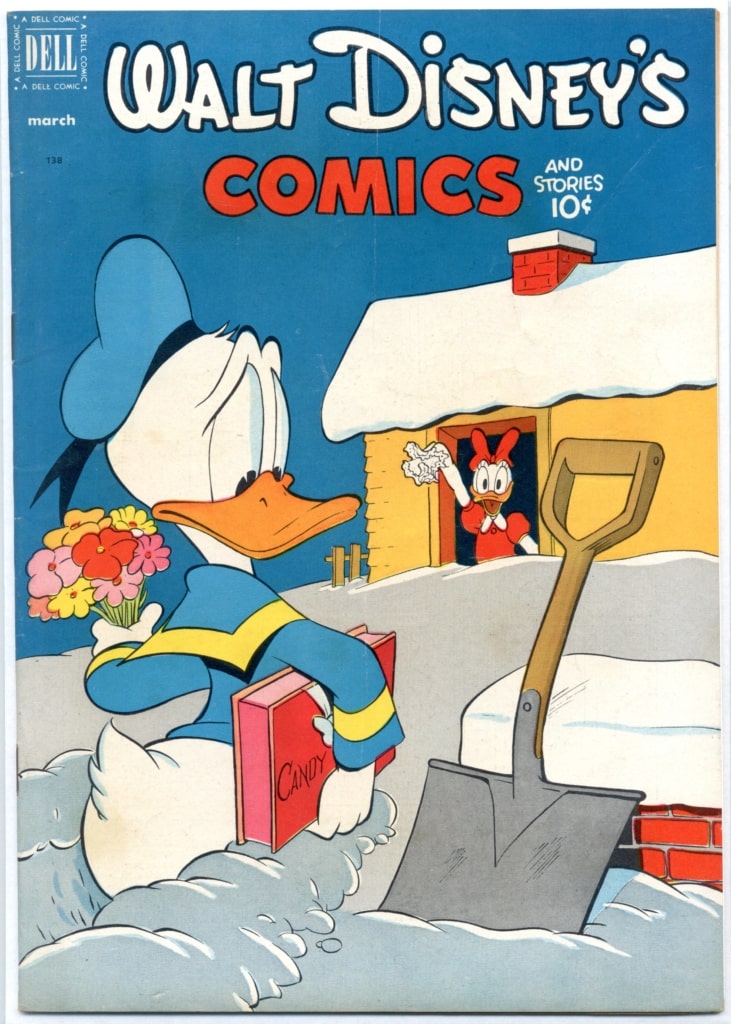 Walt Disney’s Comics and Stories (WDC) was published by Dell and ran an amazing 264 issues from 1940 to 1962. The series was the continuation of Mickey Mouse Magazine, which itself began publishing in 1933. By the 1950s WDC was the highest circulation comic book in the United States, at roughly three million per issue. The issue #138 shown here was published March 1952 with original Carl Barks cover art titled “House Snowed In.” Carl Bark’s also has an original 10 page story inside “Statuesque Spendthrifts” where Uncle Scrooge and the Maharajah of Howduyustan compete to see who can build the biggest statue of Cornelius Coot, the founder of Duckburg. 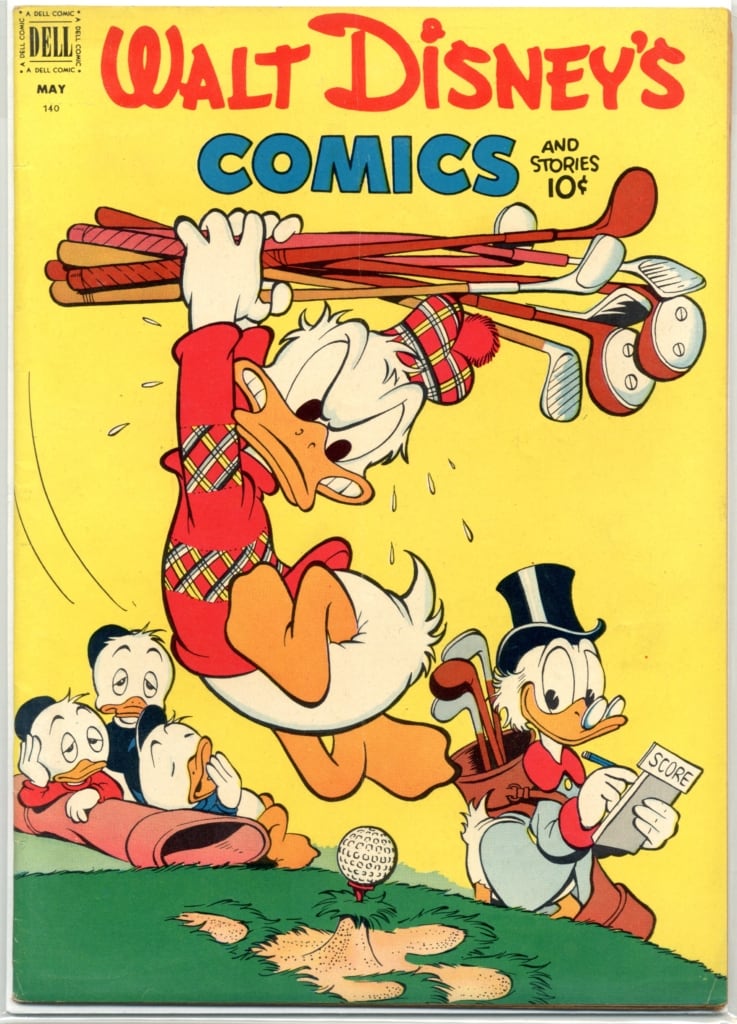 The cover on #26* titled “Tramples bugs with football” is by Disney artist Carl Buettner.