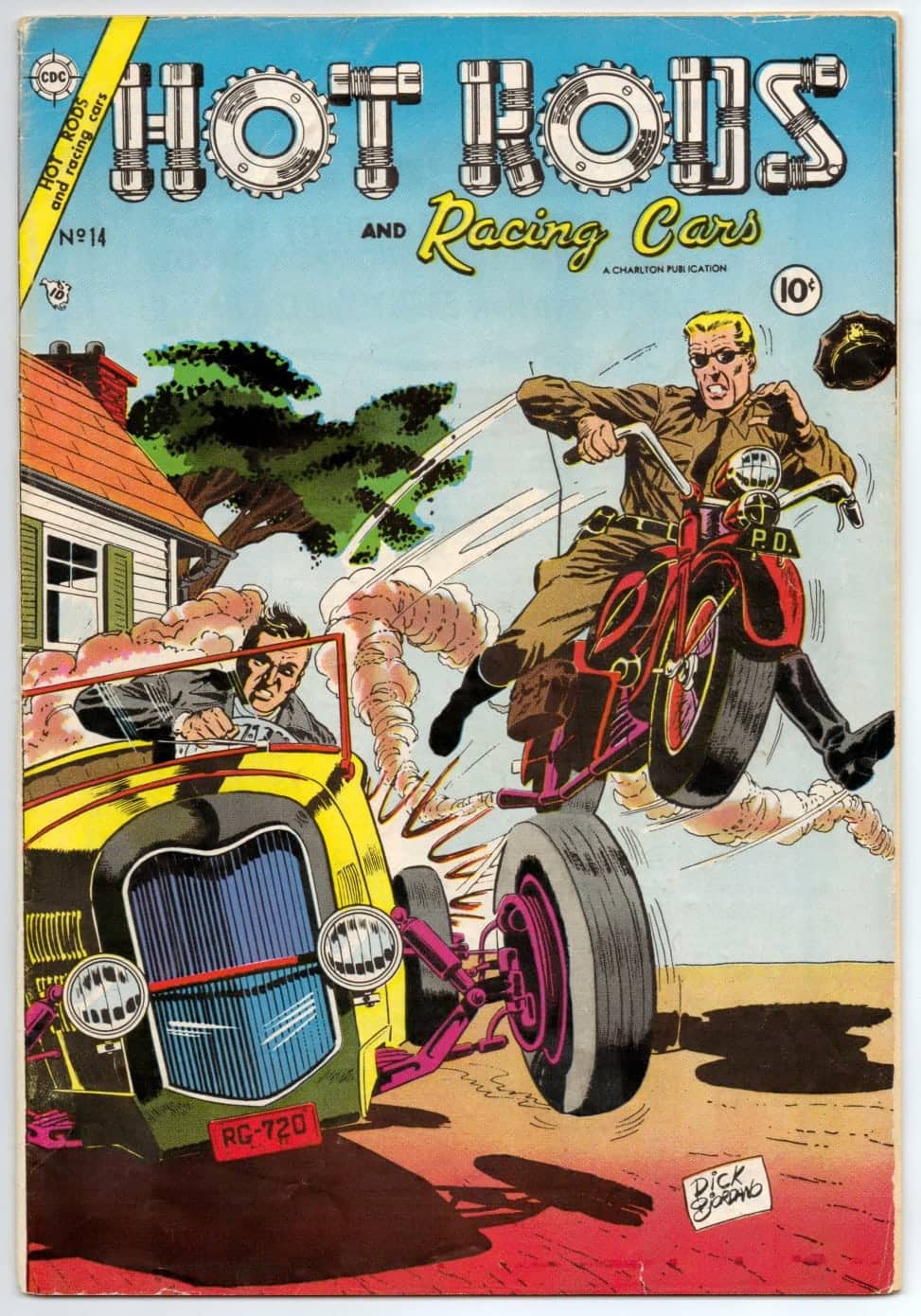 Hot Rods and Racing Cars was published by Charlton.  The title had an unusually long run of 120 issues for over 20 years (1951 – 1973). This February 1953 issue number 14 features a motorcycle cop gettin’ some air and losing his hat in the process. The pencils and inks on the cover art is by Dick Giordano (signed).

Giordano began as a freelance artist at the age of 20 for Charlton Comics in 1952 and was working on the covers of Hot Rods by October of 1953. He contributed artwork to