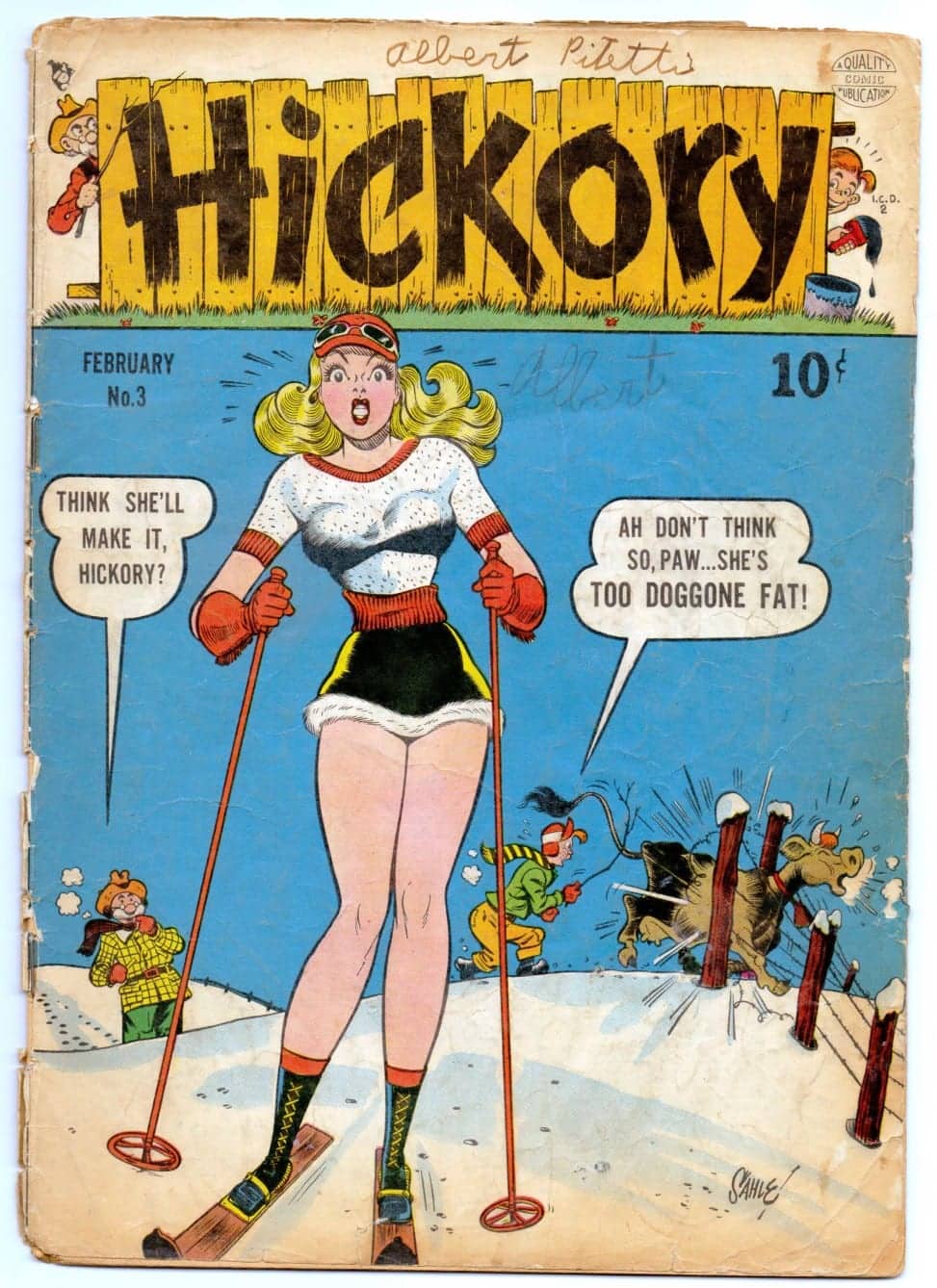 After seeing the Candy Comics series, I suspected Harry Sahle had the potential to deliver a top twenty GGA cover.  While Candy was clearly not the right vehicle for this type of accolade, the ‘kinda ‘Lil Abner like “America’s Funniest Hillbilly” Hickory was.  Number 3 pictured here was published by Quality Comics on February of 1950. The title would run for only six issues, cut short by Harry’s untimely death at just 38 years of age in September of 1950.

Harry Sahle was born in Cleveland, Ohio in 1912 and began drawing cartoons for Boy’s Life as early as the 1930s. In August, 1940 he created the Black Widow in Mystic Comics #4 (often credited as the first female costumed superhero) with writer George Kapitan.  Published by Timely (the company that would eventually evolve into Marvel) the supernatural antihero was known for gathering bad people’s souls for Satan.  She continued assembling the evil dead in Mystic #5, #7, USA Comics #5 (summer, 1942) and was last spotted in All Select Comics #1 (Fall, 1943).

By this time, Sahle was also working at Archie Publications contributing to the likes of The Black Hood, Red Rube and Steel Sterling.  Ultimately he got involved with the highly successful character Archie.

After a hiatus from comics for about a year, he returns to begin working for Quality.  There he further plumbed the teen humor genre with Candy, essentially a female version of Archie.

In summer 1949, he was a teacher at the Salwen School of Art in Cleveland. Also of interest, Sahle worked with Mickey Spillane on the character Mike Danger, an early version of what Spillane would evolve into Mike Hammer, the renowned gumshoe.