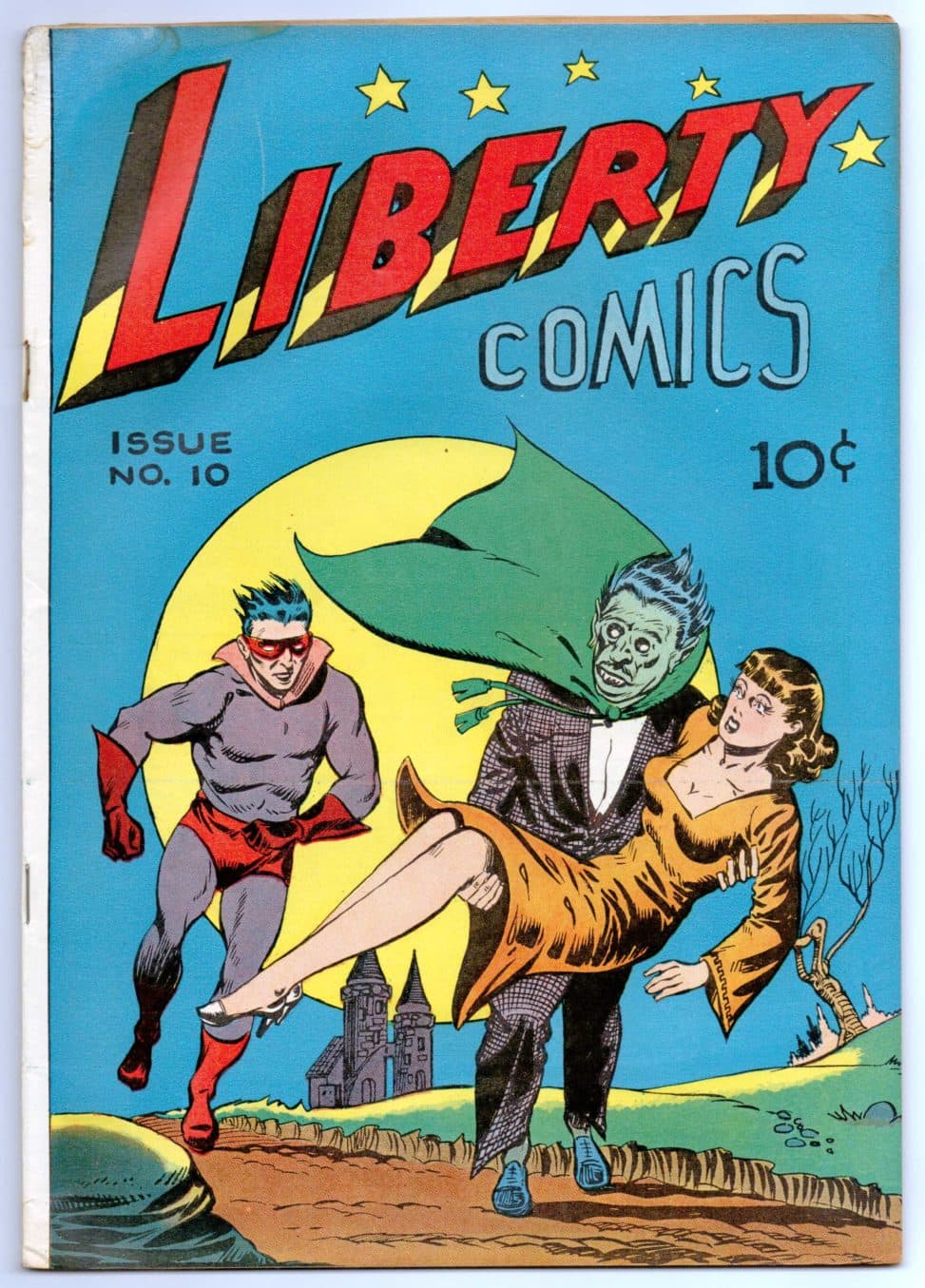 Liberty Comics #10 was published by Green Publishing on December 1, 1945.  It’s a weird book all around, which is probably why I was attracted to it.  First of all, on the cover we have what appears to be a zombie-Dracula ghoul mix, carrying an attractive good girl damsel with a superhero in hot pursuit.  A werewolf inciting full moon rises in the background. All cover art by freelance artist  Bernard Baily. I’m open to input as to who the superhero is, my guess is the Hangman (although visually his cover image doesn’t seem to be a match).  Inside the Hangman stars in three reprint stories: “The Gallows and the Ghoul,” “The Case of the Python’s Curse” and “Pirates Out of the Past” drawn by Bob Fujitani. The Hangman stories are reprinted from Hangman #8.  The book also includes two Boy Buddies back-up stories and first appearances of both Suzie and Wilbur.  Which is curious, as the book is published by the mysterious Green Publishing rather than Archie comics (owner of these characters). In the mid-40’s Green published a few obscure titles: Roly-Poly, Miss Liberty and Atomic Comics, none of which were able to last for more than just seven issues.  The second issue of Liberty Comics (#11) was an almost-complete reprint of Top-Notch Laugh Comics (Archie) #45 from May 1944. One text story, one 3-page comic story, the letters pages, and a promo ad were omitted and replaced by ads and the cover was different.  Likewise, Roly Poly #1 was a reprint on the inside of Zip Comics (Archie) #46 (May 1944).

So clearly Green Publishing is related to Archie.  Whether this was part of a common World War II ploy to circumvent paper-saving circulation rules, or something else I can’t really locate any information.   Leaving the mystery behind this strange cover unsolved.