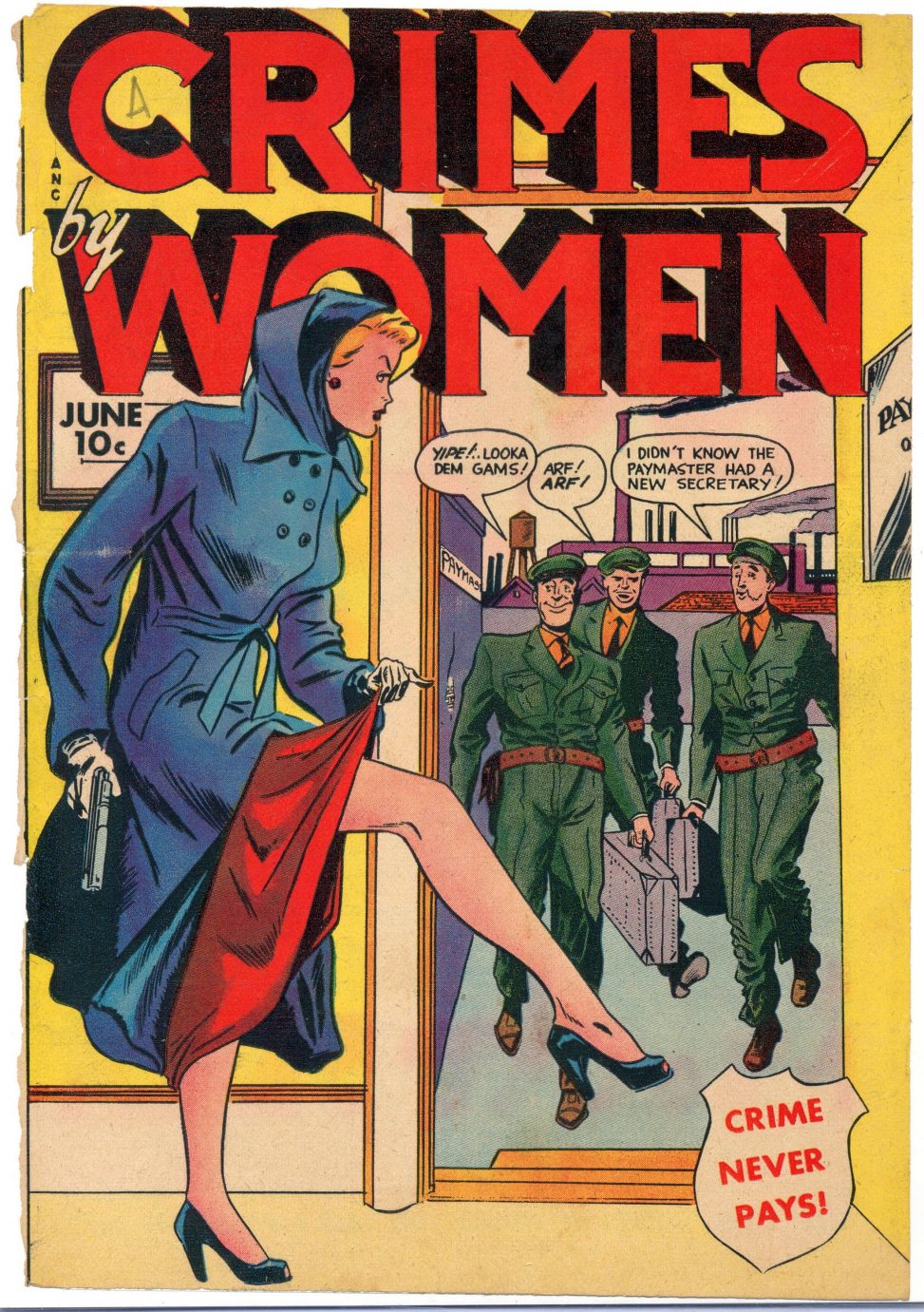 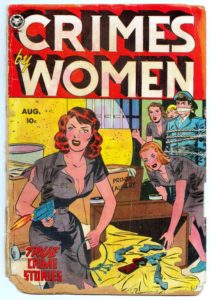 Pulp novel website Criminal Element has a tremendous write-up of the series, so no use in me repeating the history here. A short snippet gives a nice summary:

“Crimes By Women was maybe the purest example of the Fox pulp trash aesthetic. Geared toward the audience that was devouring pulp novels and the never-ending series of crime pictures rolling out of the Hollywood B-units, the comic privileged movement and violence over plot.”

The femme fatales in film noir served as a seedy underbelly to the “perfect housewife” portraits of women exemplified by June Cleaver and Harriet Nelson in the mainstream media of the 1950’s. Quick and cost efficient, the use of a “swipe” image of the same guy in the same story helped to churn out art fast and cheap.

As an “added bonus” to the degenerate behavior filled-rag mag, our “swiped guy” (Donald)  sneaks a blonde “Harriet” (Mary) a marijuana cigarette.