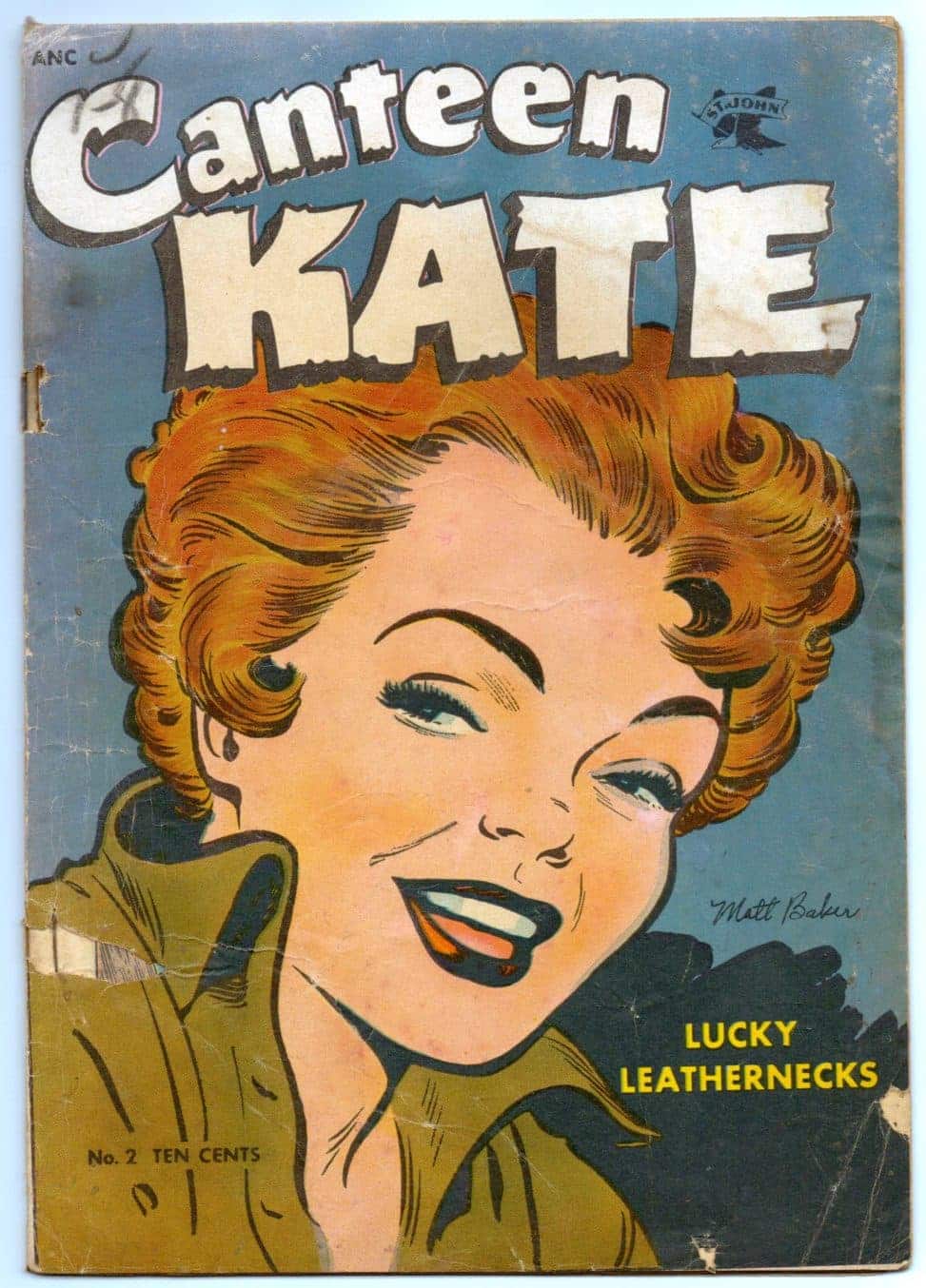 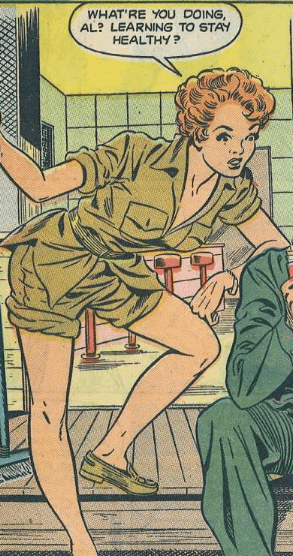 It’s generally prized due to having been created by Matt Baker from cover to cover.  The great artist is widely heralded in the collecting community for his impeccable ability to recreate the female form.

Understanding this skill, St. John must have seen an opportunity with American servicemen returning from WWII.  Hence the creation of “Canteen Kate,” a buxom redhead who works for the army.  Most of the story-lines revolve around Kate canoodling with her boyfriend, an enlisted man named Al.

Her Golden Age appearances include: