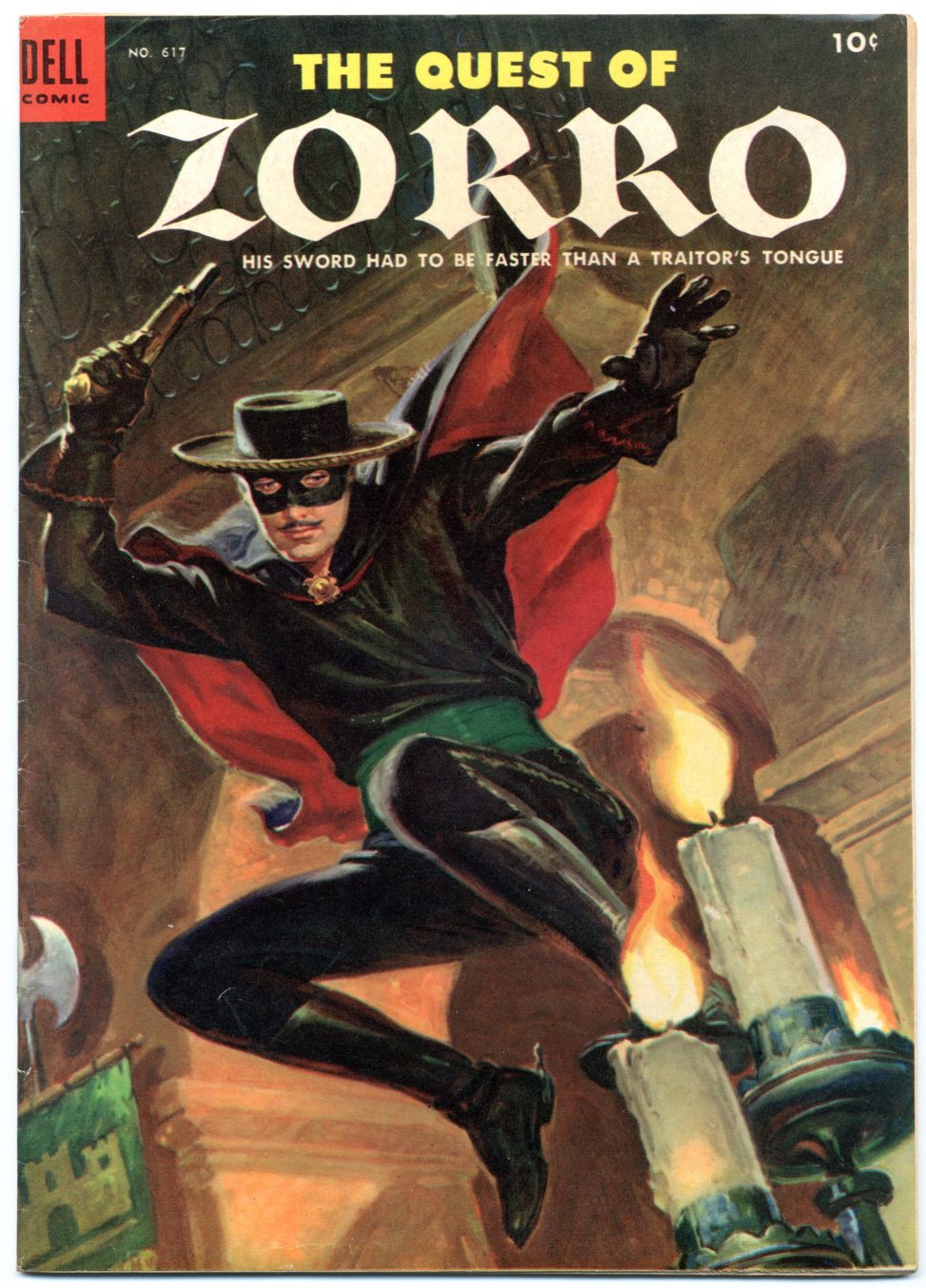 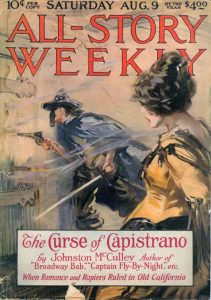 American pulp writer Johnston McCulley debuted Zorro (Spanish for fox) in the novel The Curse of Capistrano. The story was published over five installments starting August 9, 1919 in All-Story Weekly.

Zorro is the secret identity of Don Diego de la Vega, who lives with his father in a large hacienda. Not unlike Clark Kent (Superman’s alter ego) Don Diego averts knowledge of his identity by appearing bumbling and somewhat inept. Truth be known, he is really a fencing hero and master horseman, championing justice dressed in black and disguised by a domino mask over his eyes. 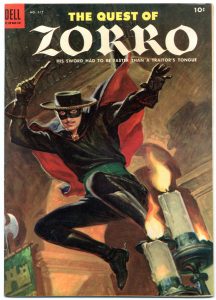 “His sword had to be faster than a traitor’s tongue.”

Also, in a manner reminiscent of Bruce Wayne’s Batman, his hacienda contains secret passages leading to a hidden cave that acts as operational headquarters and stable for his horse Tornado. Operating silently and swiftly by night, Zorro leaves behind his fear inducting trademark; a “Z” slashed into the clothing of his enemies. 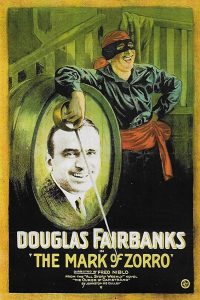 In 1920 McCulley’s story was soon made into a move starring Douglas Fairbanks (The Mark of Zorro). It’s tremendous success spurred on the legend of Zorro for decades to follow.