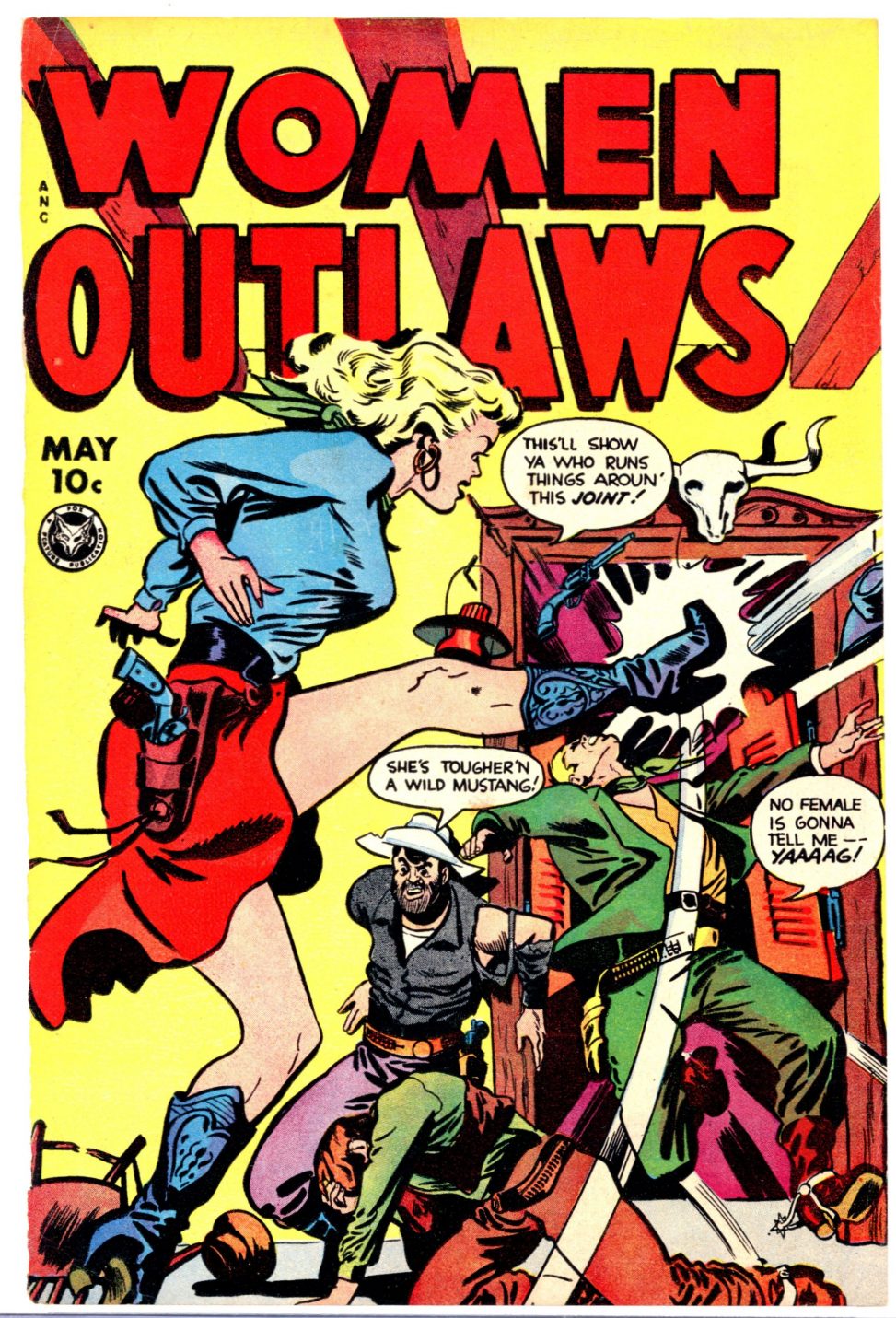 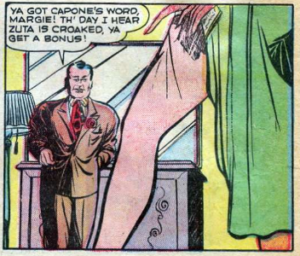 With a cover title like “True Stories of Famous Western Gun Gals” it was almost assured to draw the attention of both readers and the anti-comic psychiatrist  Fredric Wertham.  And in fact, Women Outlaws #1, July 1948 from Fox Feature Syndicate  was used in Wertham’s Seduction of the Innocent as an example of “The Psychopathology of Comic Books.”  He no doubt objected to the hanging and electrocution panels contained within.  Indeed not for the faint of 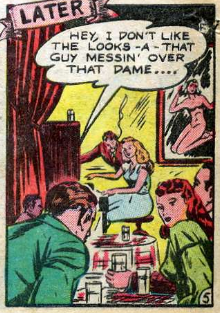 After the first story, the rest of the stories in #1 are not even set in the Wild West.  They were likely stories leftover from another infamous series also published by Victor Fox, “Crimes by Women.”  Women Outlaws sales must have been strong, as by issue #2 all stories were set in the American frontier.  In fact, writers might have stepped it up even another notch for issue #2, September 1948.  The cover could leave readers with the impression that women’s fashion in the old west was red blouses open to the belly button. 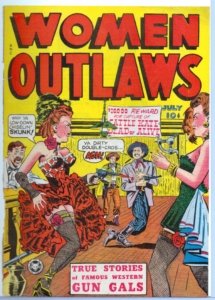 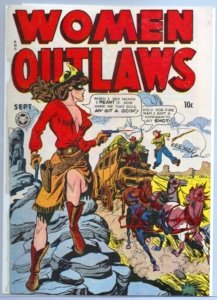 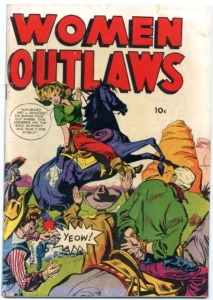 Women Outlaws #0* is a bit of an oddity. There is no issue number on cover and no publication date or copyright notice inside.  Further, the cover was also used for Women Outlaws #7, but the inside content is from Cody of the Pony Express #7. Adding to the strangeness, two ad pages on pages 33 and 34 are identical and the Cody story starts on page 2 but the comic is a complete 36-pages.  Someone at Fox Feature Syndicate was apparently in a hurry to make a deadline.