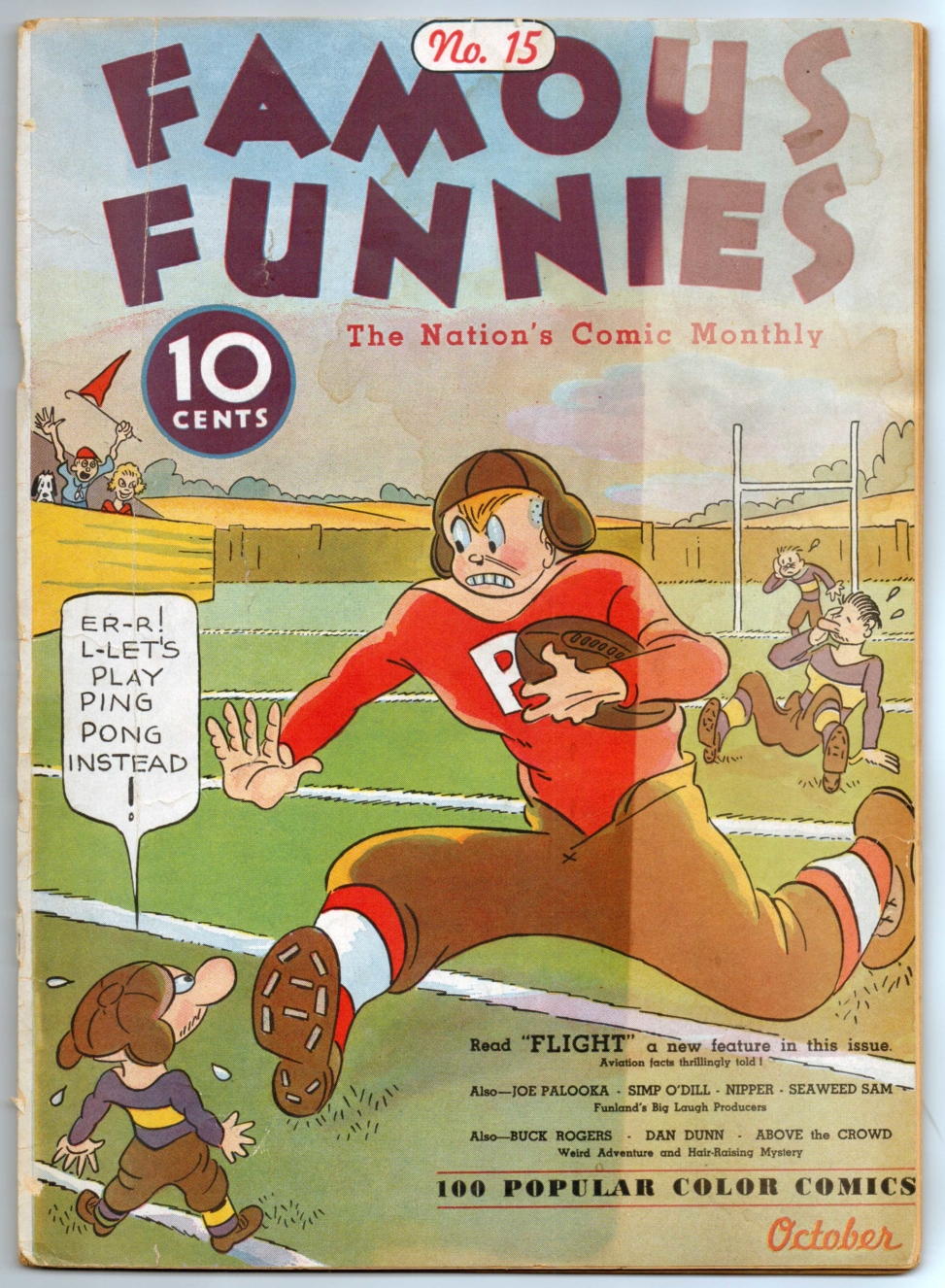 Famous Funnies  #15* from October 1935 is by far the oldest comic in my collection.  I’ve covered Famous Funnies before (after all it did run from 1934 to 1955).  But this book gets its own post due to the Victor E. Pazmino football cover.

It really is a time travel back to the beginnings of comics themselves.  Printers like Eastern discovered there was a demand for all the favorite  newspaper strips packaged into a single book.  The vast majority of characters in  this issue have long been forgotten, with possible exceptions of Buck Rogers, Joe Palooka and  Laurel and Hardy (in Olly of the Movies). These are the crude, almost unrecognizable origins of what would spawn Superman just a few year later.  And those Superman comics were the direct precursor to today’s Hollywood movie blockbusters.