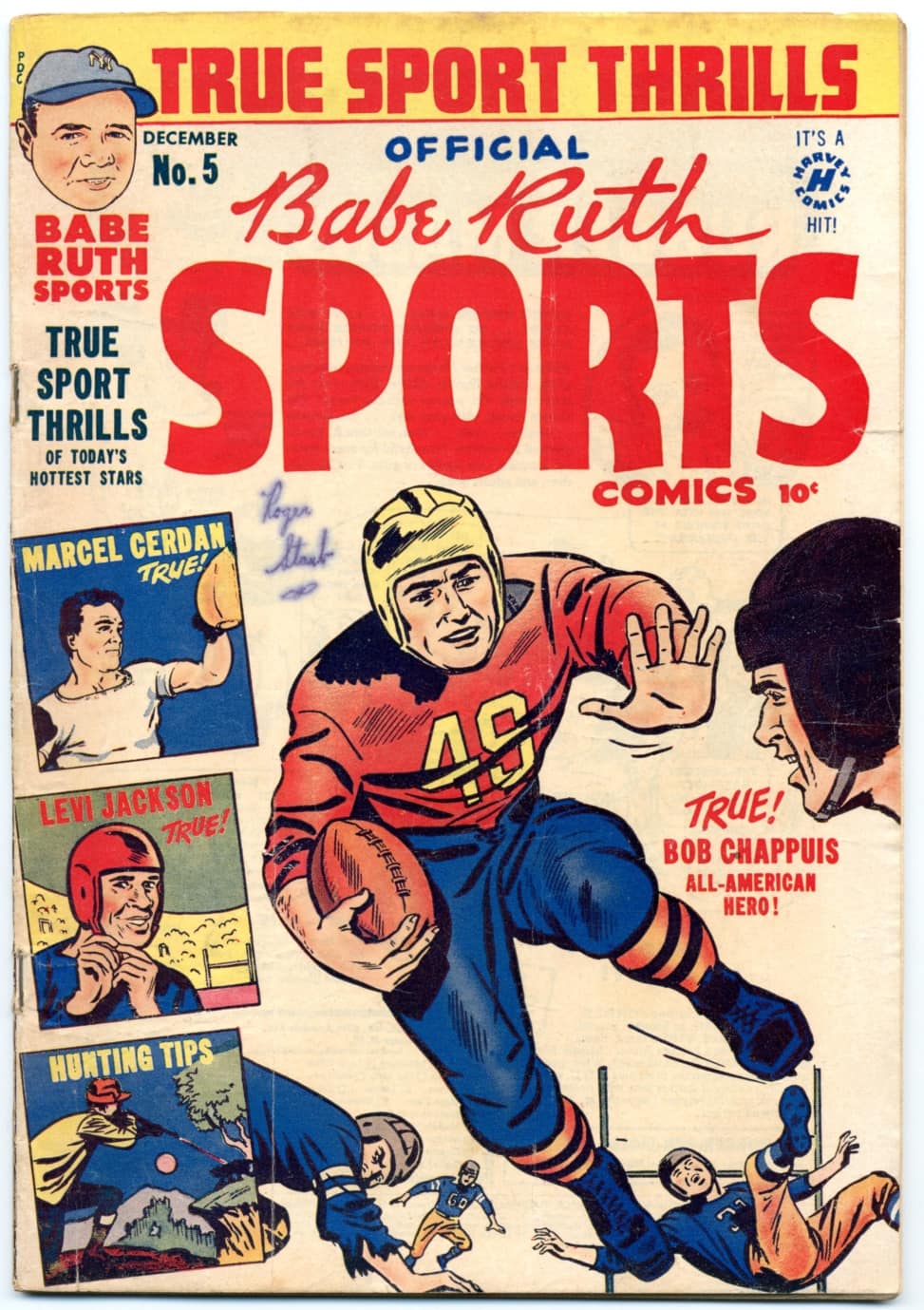 Known as “The Bambino” and “The Sultan of Swat”, George Herman “Babe” Ruth Jr. created an incredible and lasting legacy playing in Major League Baseball for 19 years.  He retired from the Yankees in 1934 after having contributed to some of the greatest baseball teams ever, including the 1932 group with Ruth’s World Series “called shot” home run and the 1927 club known as “Murderers’ Row.”

Babe passed away on August 16, 1948 and the comic series “Babe Ruth Sports” was started shortly thereafter.  I would be curious about the name licensing arrangement.  One could speculate that publishing after his death may have allowed Harvey to avoid pesky licensing fees while still taking advantage of the name recognition.

The a short lived comic series ran from April 1949 to February 1951. The series covered a variety of different sports and contemporary sports stars in both biographical and fictional adventures.  This football cover features  Levi Jackson and Bob Chappuis. Chappuis played professional football in 1948 and 1949 as quarterback for the Brooklyn Dodgers (that’s right, same owners as the baseball Dodgers) and Chicago Hornets. Chappuis retired from football when the All-America Football Conference (AAFC) went out of business following the 1949 season.

Heisman Trophy runner-up Chappuis led the University of Michigan Wolverines to a dominating win over the USC Trojans in the 1948 Rose Bowl game.  His college playing years (1942, 1946 and 1947) were interrupted by service in the U.S. Army Air Forces during World War II .