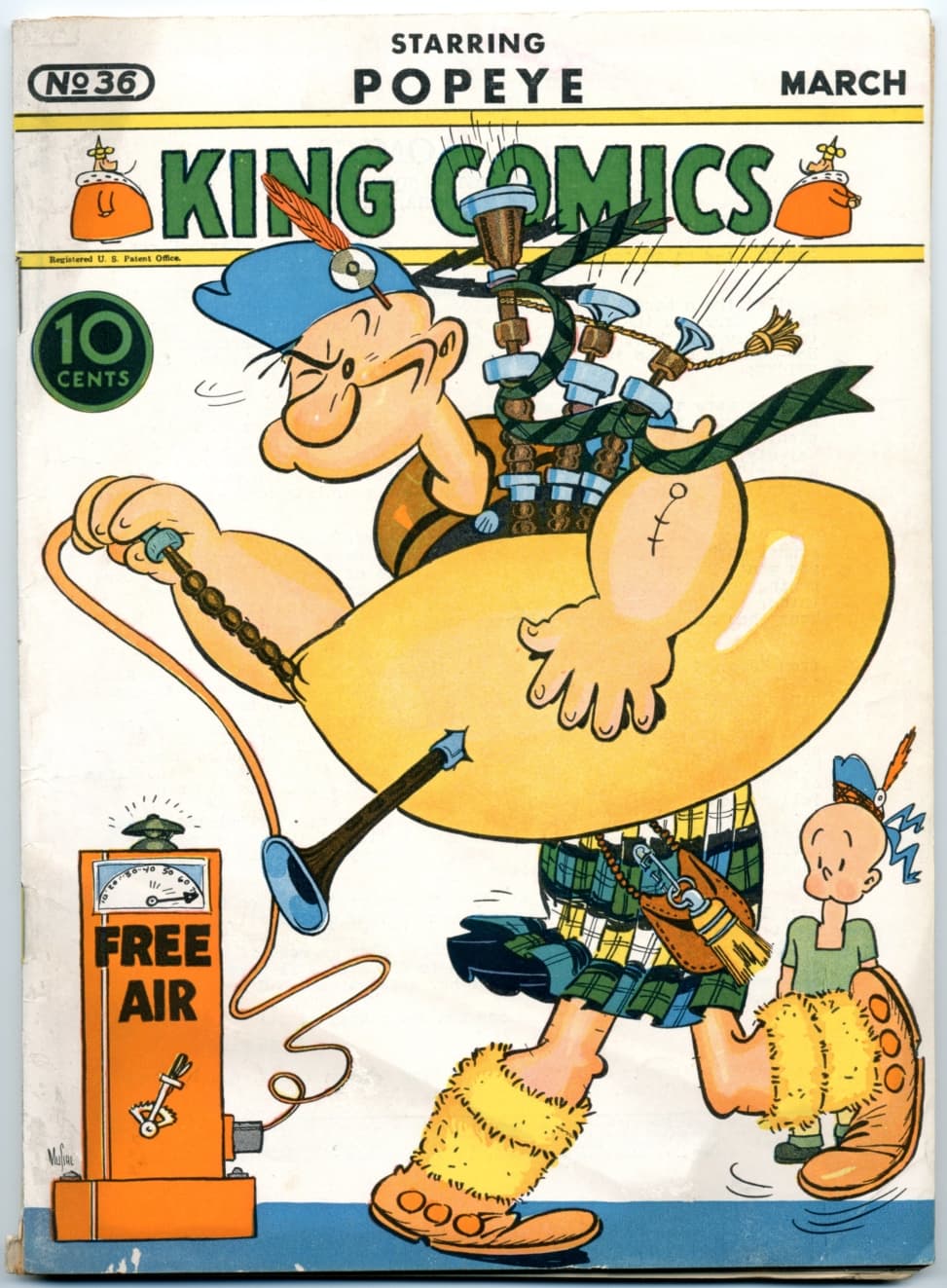 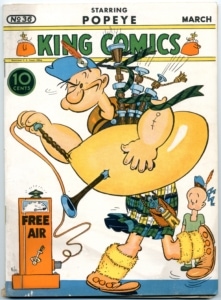 This book doesn’t fit into my typical comic purchases.  But I’m an opportunist.  First off, its a pretty nice condition copy of King Comics #36. Secondly, I couldn’t resist picking it up due to its relative old age.  A look at all the comics on the newsstand February 1939 shows only one with a Superhero on the cover – Action Comics #10. That was just the tenth appearance of Superman and just his second time on the cover.  In fact, King Comics #36 also shared the newsstand with Detective Comics #25 and that series was still two issues away from the publishing the first appearance of Batman. 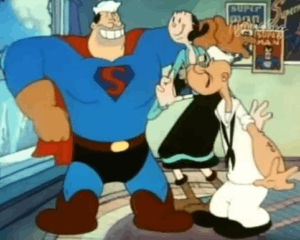 So, with Superman less than a year from birth and Batman yet to be born that leaves us with Popeye.  Popeye was a tremendously popular character that  first appeared in the Thimble Theatre comic strip on January 17, 1929.  Olive Oyl, her brother Castor and boyfriend Ham Gravy had been the stars for the prior ten years. But in ten more years with Popeye, Thimble Theatre was running in 500 newspapers, there were over 600 licensed “Popeye” products and Popeye the Sailor by Fleischer Studios had run in 109 motion picture cartoons. There is even a pretty valid argument that Popeye is actually one of the earliest superhero characters. Popeye even competes with a comic character Superman for Olive’s attention in the 131st Popeye cartoon titled She-Sick Sailors (1944).

The comic title “King Comics” is a derivative of King Features Syndicate. They are the company from whom early comic publisher David McKay leased the rights to republish its comic strips.  These included along with Popeye, the likes of Blondie, Dick Tracy and Mandrake the Magician.

“I’m strong to the finish, cause I eats me spinach, I’m Popeye the Sailorman”