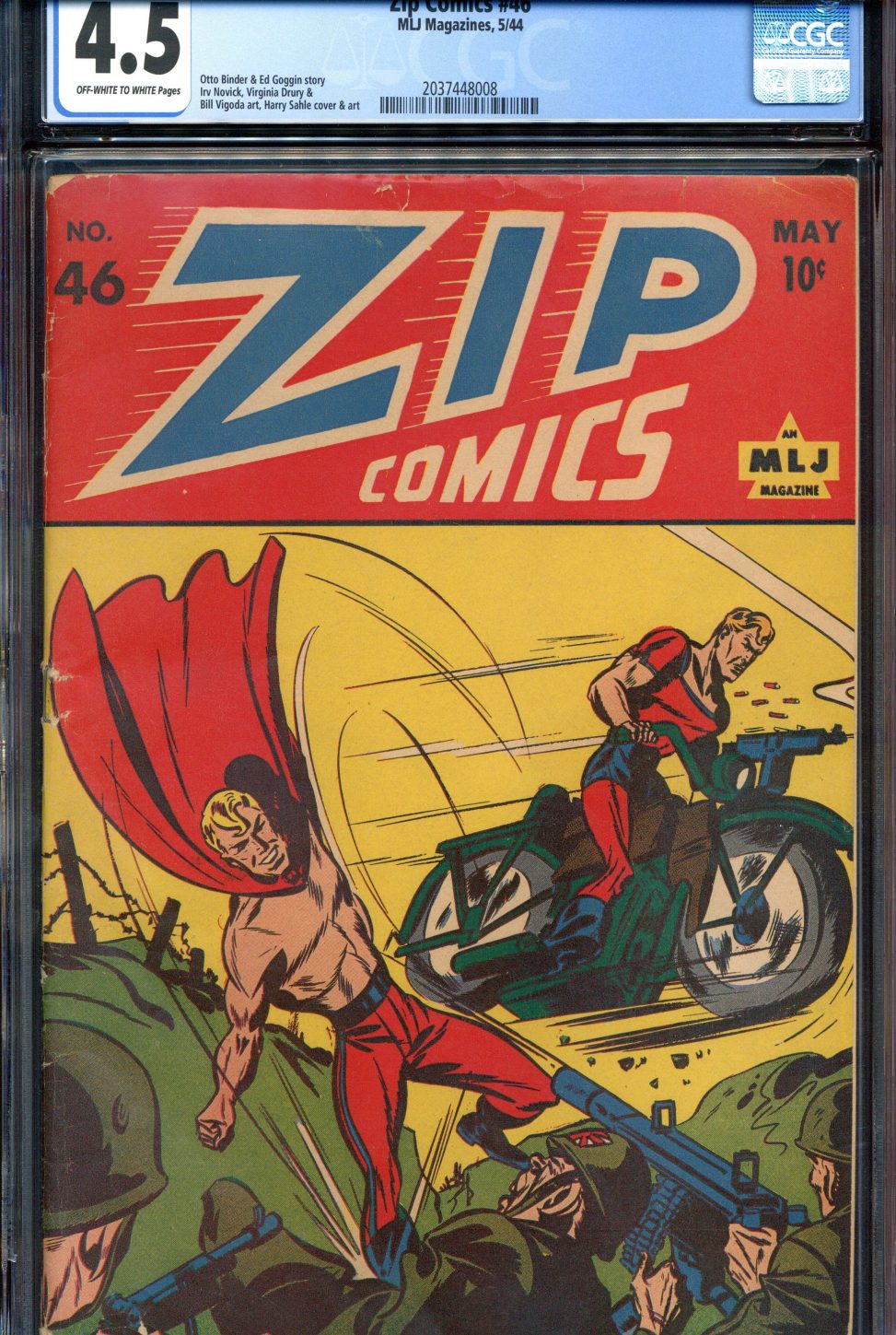 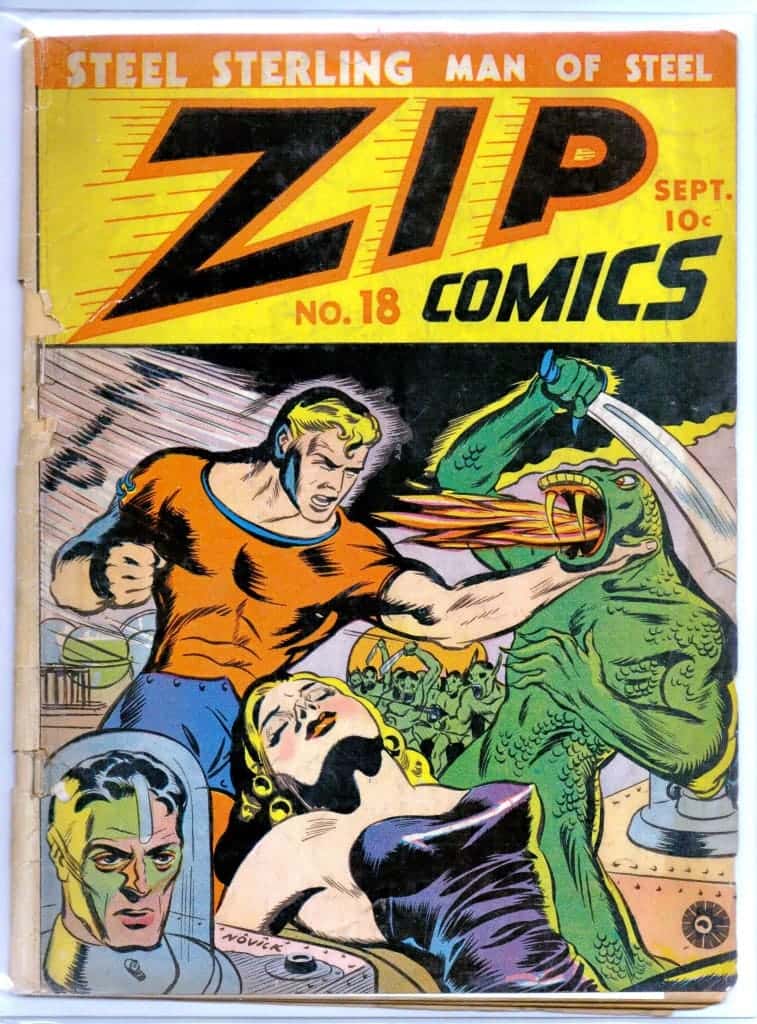 ZIP Comics #18* was published by MLJ Magazines  on September 1941.  The cover is by one of my favorite artists, Irv Novick.

The superhero character is Steel Sterling. Before Superman used the tagline, Steel Sterling was known as the “Man of Steel.” Steel’s super powers, however, were not extraterrestrial like Superman, but rather derived from a very different source. Steel Sterling developed a chemical “skin cream” which allowed him to plunge himself into molten steel. As a result, he emerged from the 2500°F bath with the strength and durability of the metal itself.

Originally created by Abner Sundell and 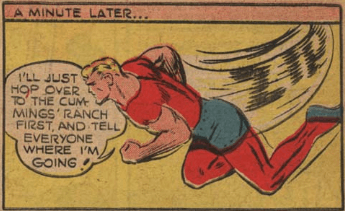 Taking advantage of the opportunity offered by that ending, DC Comics quickly switched from the moniker “The Man of Tomorrow” (aka Superman) and adopted the nickname, “The Man of Steel.” 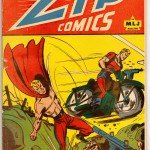 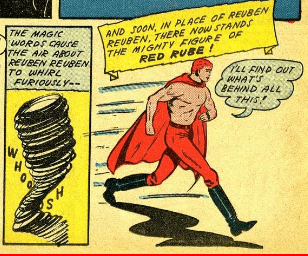 The The character riding the motorcycle on Zip Comics #46 (May 1944) is Red Rube (created by Ed Robbins in 1943). Cover artwork here is credited to Harry Sahle).

Red Rube was “Reuben Reuben,” a young man who had been orphaned as a boy. After having discovered the ghosts of his ancestors he learned that by shouting (quite to Captain Marvel like) “Hey, Rube!”, he was transformed into an adult superhero in the “whoosh” of an enchanted tornado. 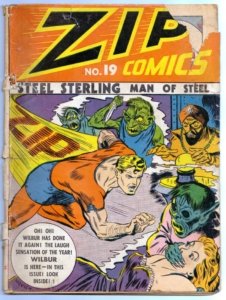 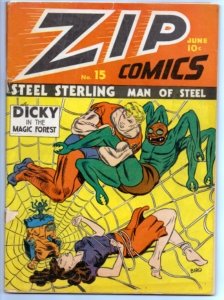 Since Zip Comics are so awesome, I’ve added to the collection a very sought after Charles Biro “spider in the web cover” (#15*) and perhaps what is the all time best headlights cover by  Irv Novick in #19*.