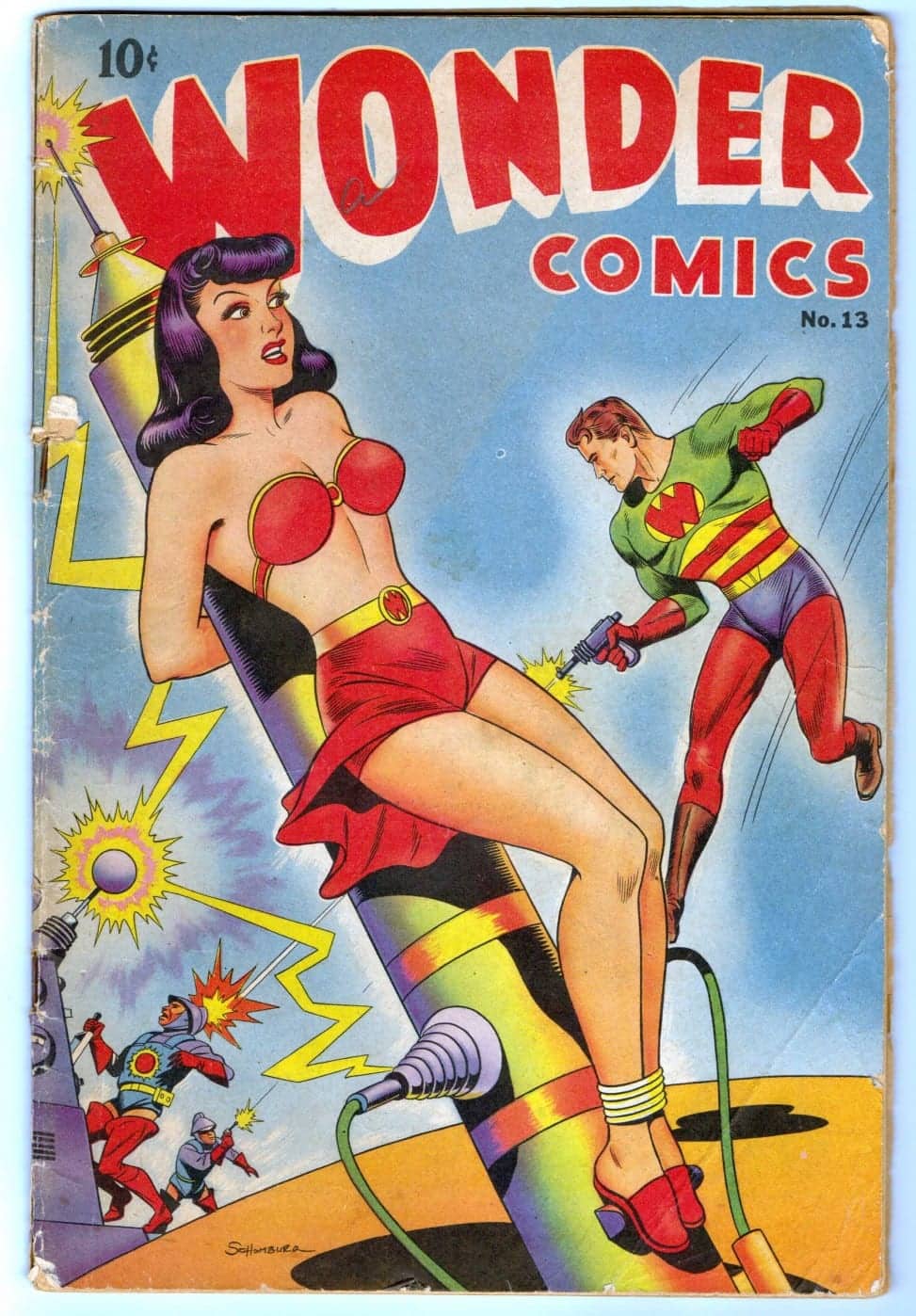 The Standard/Better/Nedor version of Wonderman is not to be confused with the Wonderman sued out of existence by D.C. in 1940 (having been published by Fox).  Fox changed the Wonder Comics series name to Wonderworld Comics after the lawsuit and dropped Wonderman after just one issue. He obtained his “hard as steel” bullet proof super strength from touching a “sizzling voltage of a secret current.” If there were no subsequent phone calls from D.C.’s lawyers this time, it’s a wonder there were none from angry parents whose kids were sticking fingers in electric outlets to gain their own superpower?

The character went on to appear in Mystery Comics #1-4 and in Wonder Comics #9 (December 1946) to #20.  The appearance in Wonder Comics also marked the switch over by Wonder Comics to the Alex Schomburg airbrushed science fiction covers. Carol Paige served as Brad Spencer/Wonderman’s gal pal and love interest. 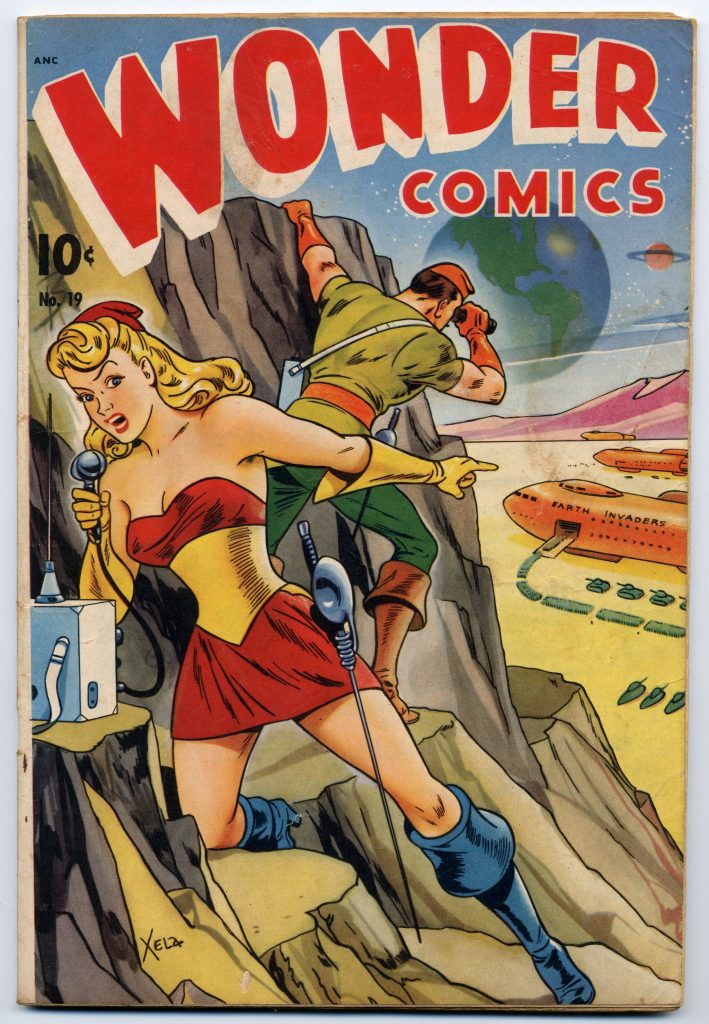