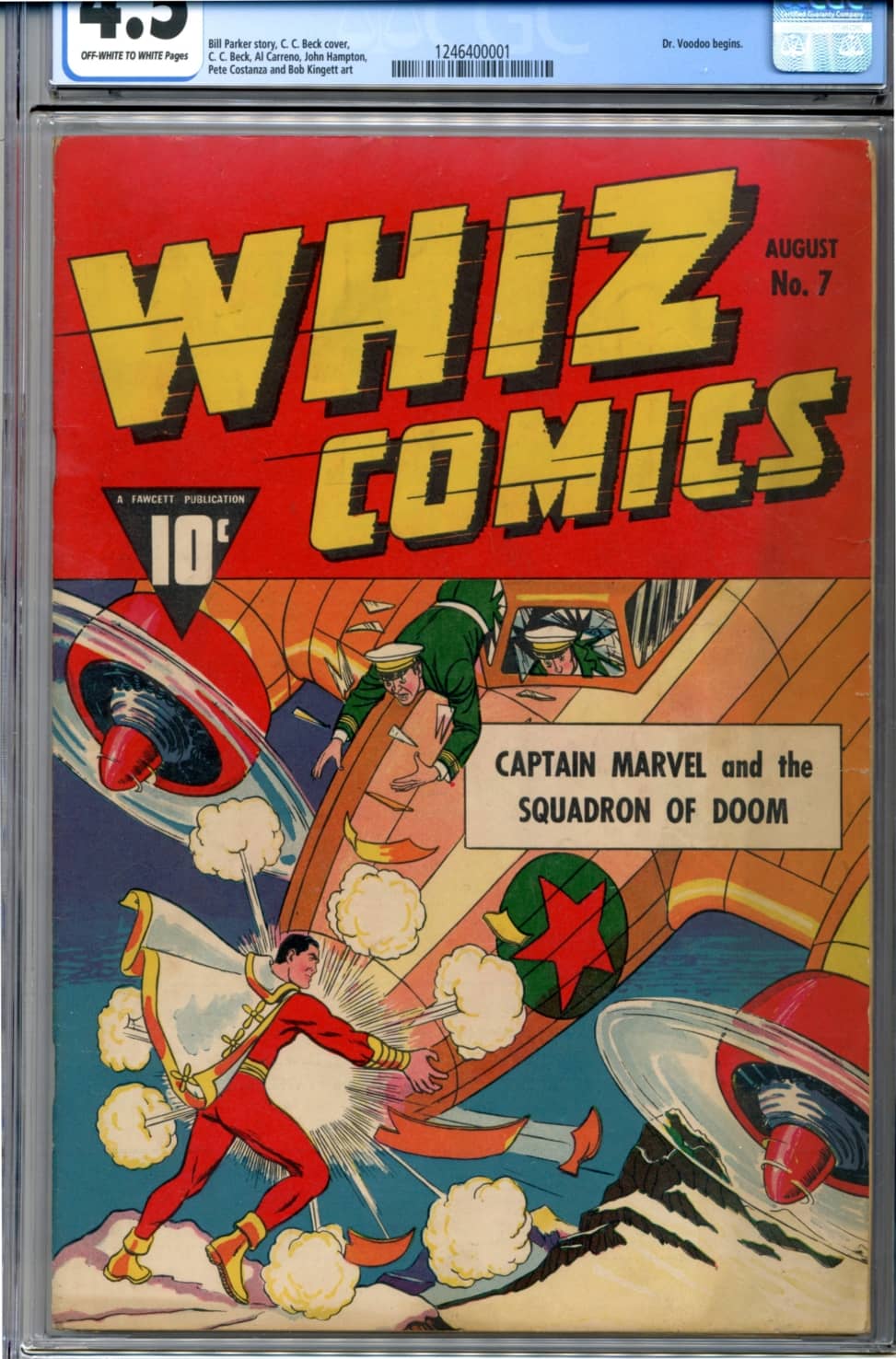 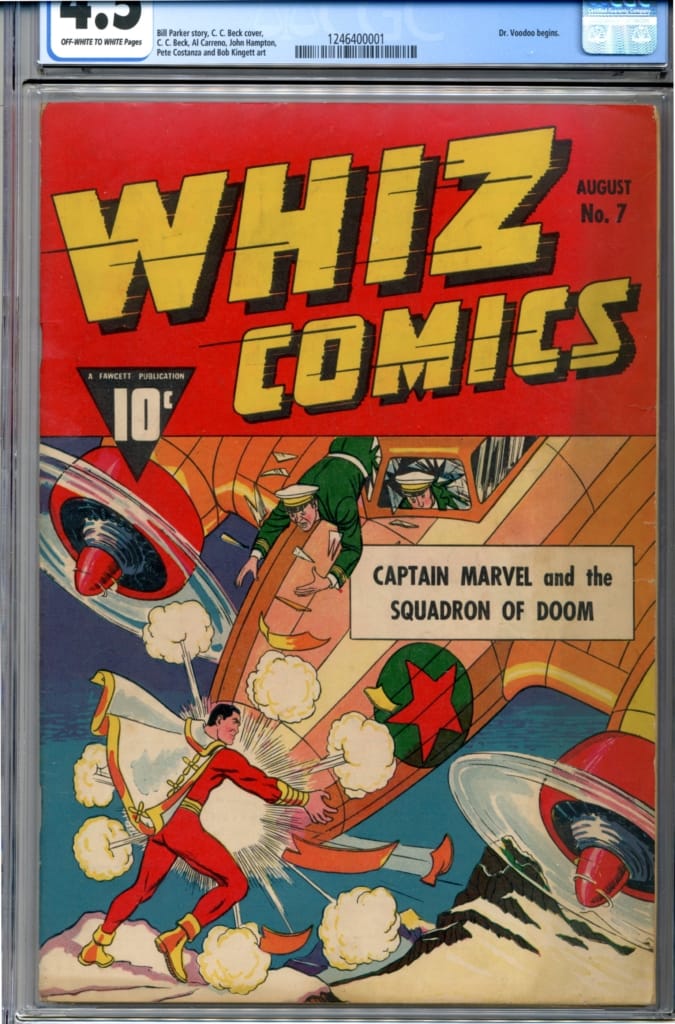 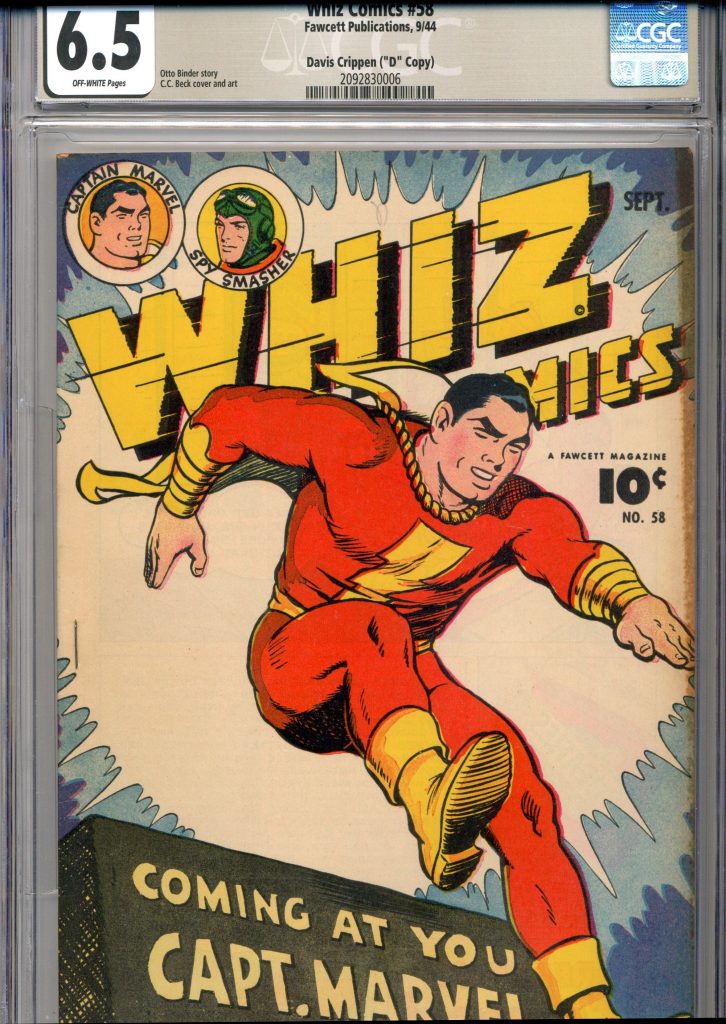 Whiz Comics #7 was published by Fawcett on August 1940. There is a nice little history of Fawcett Publishing (which started as Captain Billy’s Whiz Bang) at this Wow Comics post.

Fawcett’s entry into comics was immediately boosted by what quickly became its most popular character, Captain Marvel.  He was the alter ego of Billy Batson, a young man who worked at WHIZ Radio in Fawcett City.  Granted access to incredible powers by the wizard Shazam, Billy could speak the wizard’s name and be struck by lightning.  This transformed him into a full grown adult with powers of Solomon (wisdom), Hercules (strength), Atlas (stamina), Zeus (power), Achilles (courage), and Mercury (speed).

It might surprise folks today to know Captain Marvel was actually the most popular superhero of the 1940s, even outselling Superman.  Capitalizing on this, Fawcett expanded the franchise to include a whole Marvel Family.  Most notable members included Billy’s twin sister Mary Marvel and Freddy Freeman  a crippled newsboy saved by Captain Marvel who became Captain Marvel Jr.  The 1941 Republic Pictures twelve-chapter film serial titled Adventures of Captain Marvel even was the first comic book superhero adapted to the big screen.

And yes, today Captain Marvel is female. You see, D.C. had a lawsuit against Fawcett that Captain Marvel was a copy infringement of Superman. So eventually Fawcett ceded rights, but before D.C. could pick the series back up, Marvel Comics won the rights to the name. So, D.C.’s Captain Marvel became Shazam, and Captain Marvel at Marvel (after 7 iterations over 40 years) became a female character.

Related articles across the web