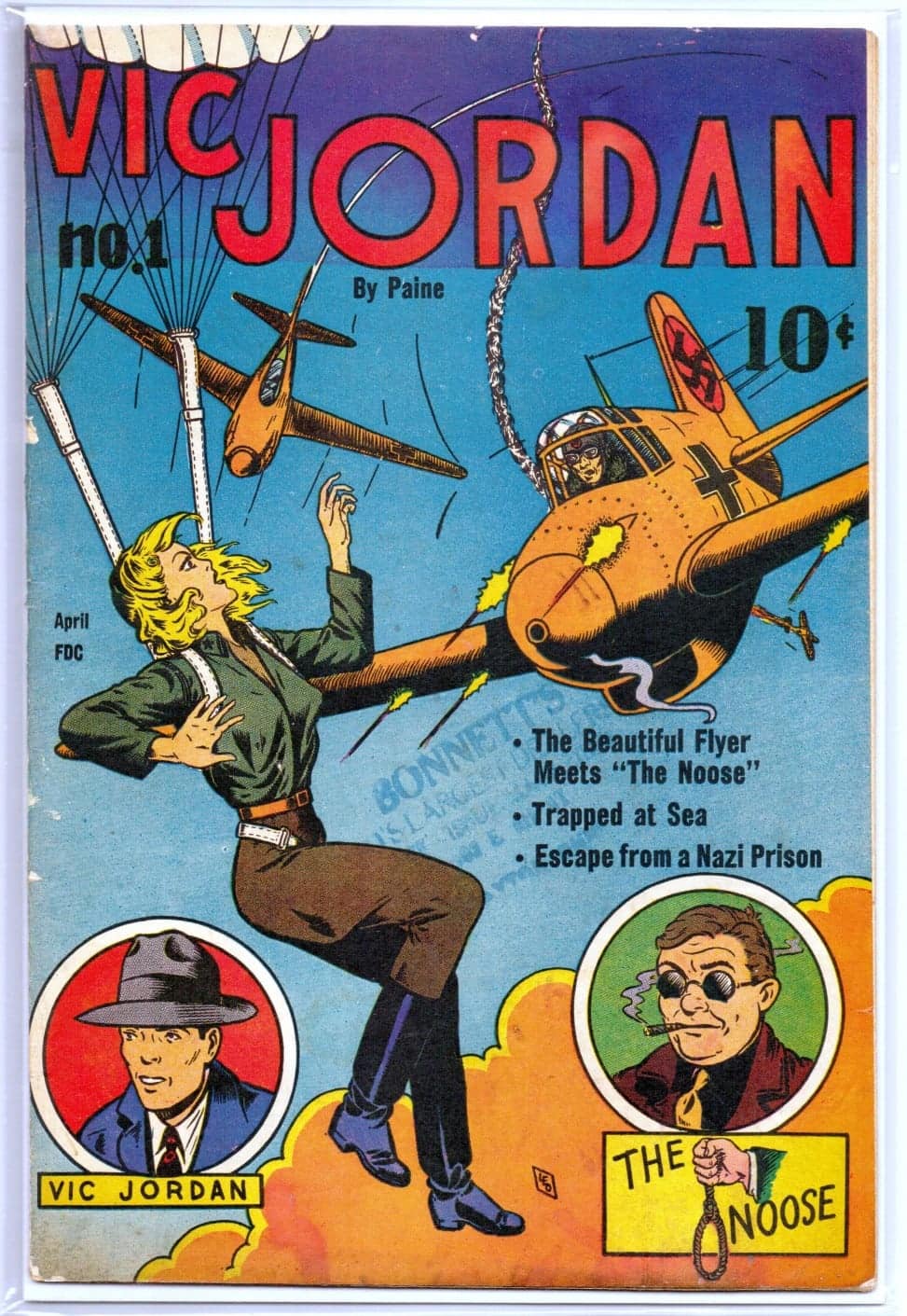 Vic Jordan was a daily and Sunday newspaper comic strip that had story lines which paralleled to some degree the real events of World War II. Uniquely, it was written by real life reporters Kermit Jaediker and Charles Zerner under the pseudonym “Tom Paine” after Founding Father Thomas Paine (note “By Paine” on cover).

It started the week before Pearl Harbor on December 1, 1941. The character was an American journalist who aided the French resistance after himself going on the run from the Germans and being stuck in Paris. He was helped by a girlfriend who herself was doing undercover work for the British and a

mysterious figure known as the Noose. Once France was liberated in 1944 the storyline moved into Germany where Vic continued his works for the allies until victory in Europe, which also ended the strips run.

The strip exposures was limited to syndication within owner Marshall Field’s print holdings, the New York paper Newspaper PM and the Chicago paper, the Sun. It went through several artists over the years, including: Elmer Wexler, Paul Norris, D.H. Moneypenny and Bernard Baily.

This single “one shot” Vic Jordan* comic issue dated April 1945 was published by Civil Service Publications, Inc. Including this comic, they put out a whopping five other issues in total, two of Debbie Dean and three of Barnaby. The issue features

Lieutenant Mira Petrovna, a female Russian (back in the day they were war allies) aviator (not unlike Spitfire Sanders). Vic’s only other appearance in comics was four pages inside Big Shot #51, November 1944.