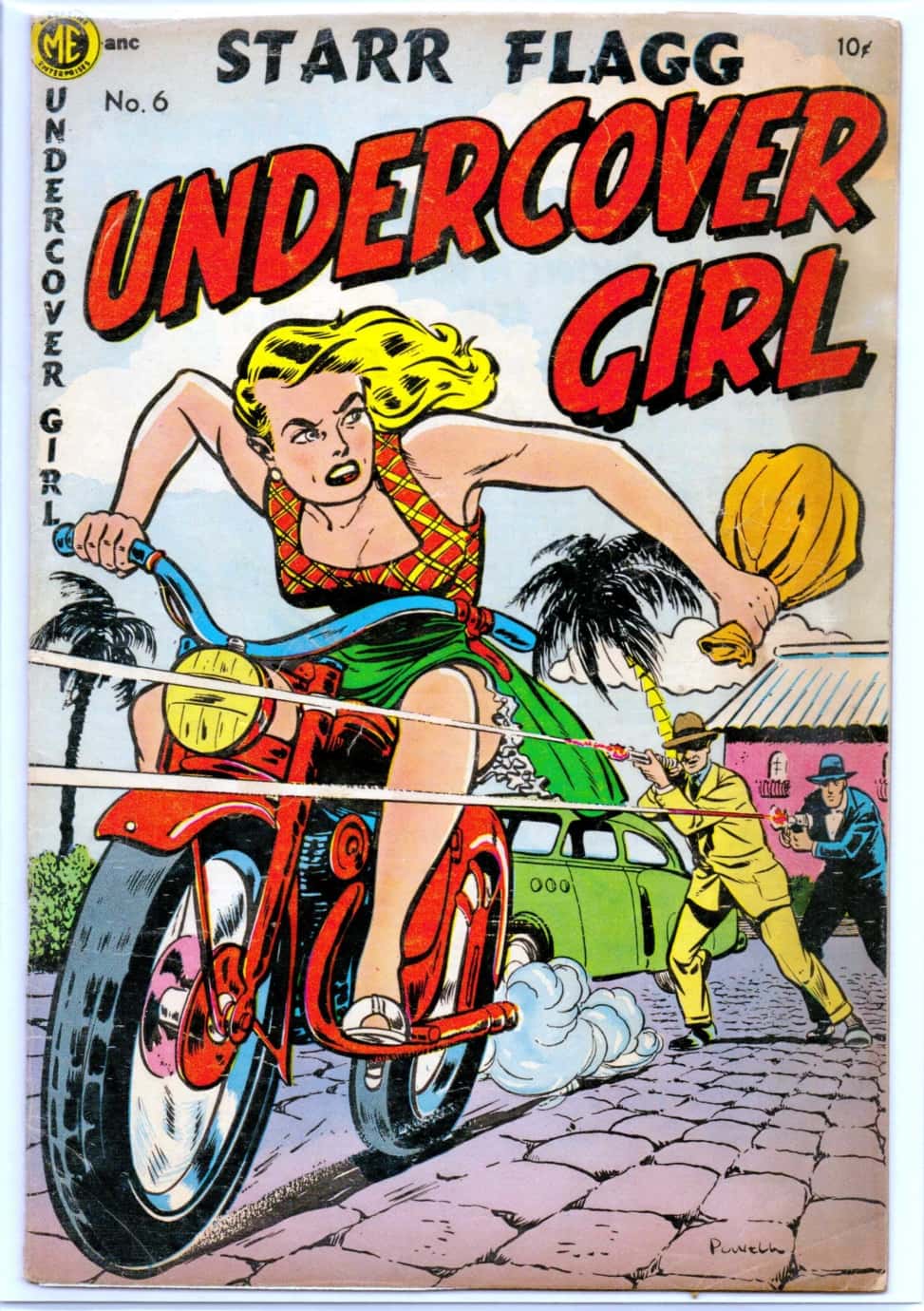 The titled lasted just three issues.  It contained inside stores reprinted from other Magazine Enterprises runs, mainly Manhunt.  In that series Starr Flagg (the name of the female secret agent heroine Undercover Girl) appeared in 11 issues.  She also ran in 2 issues of Trail Colt which were also reprinted in this self titled series.