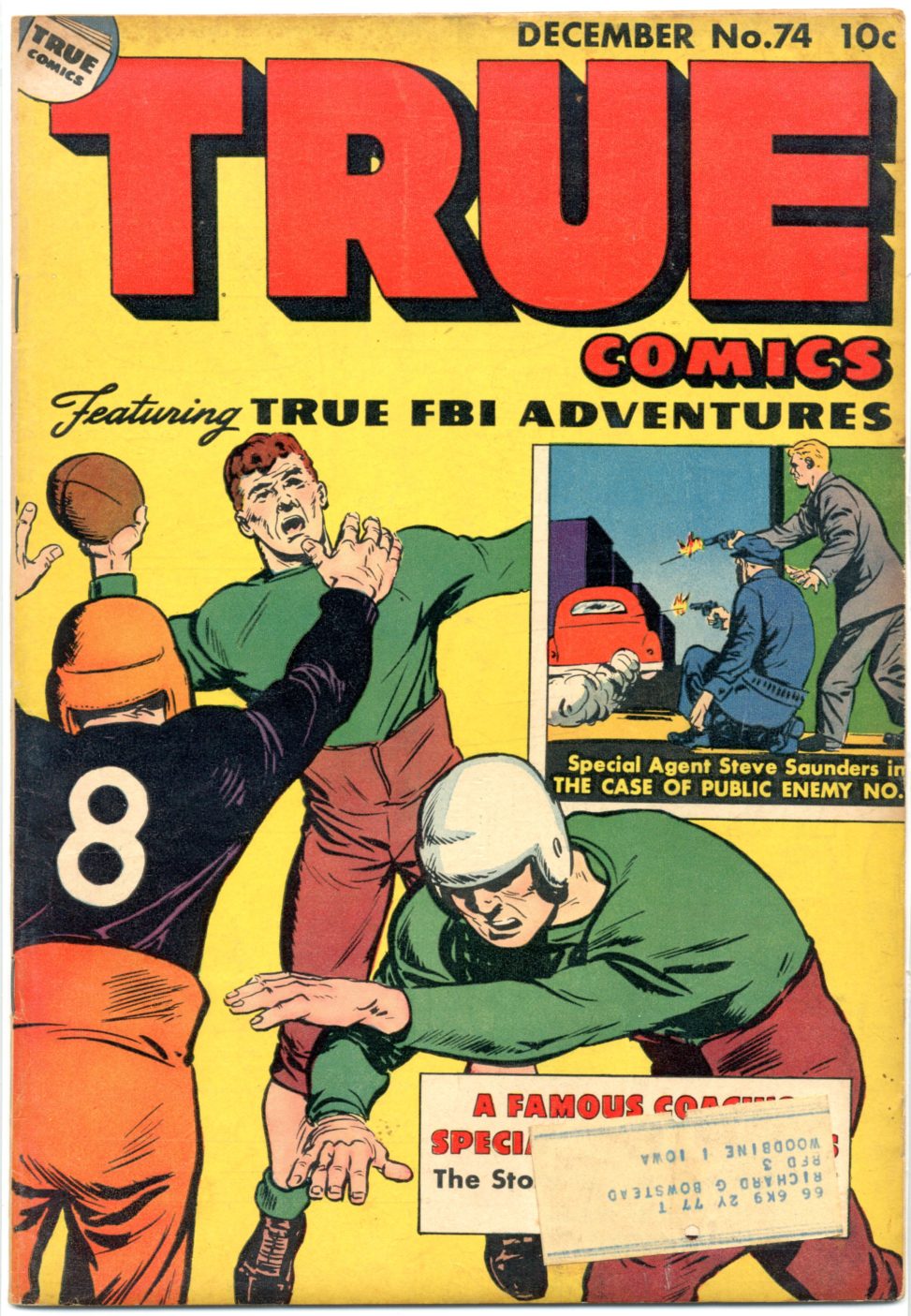 From today’s perspective (based on comic superhero’s massive popularity in the movies) it might be surprising to know that True Comics was a relatively popular comic series.  It ran 84 issues between 1941 and 1950.  Its intent was to provide a wholesome alternative for kids to counter the expansion of “exaggerated” superhero comics.

“Comic magazines no longer even try to be funny. They consist largely of exciting picture stories which everyone recognizes as not only untrue but utterly impossible.”

Essentially, it was an early response within the comic medium to what would eventually morph into Fredric Wertham’s Seduction of the Innocent.  The comic even had its own editorial board, which was wholly unique and predated the Comic Code Authority by thirteen years. The comic also contains a story authored by “The Bambino” himself Babe Ruth.