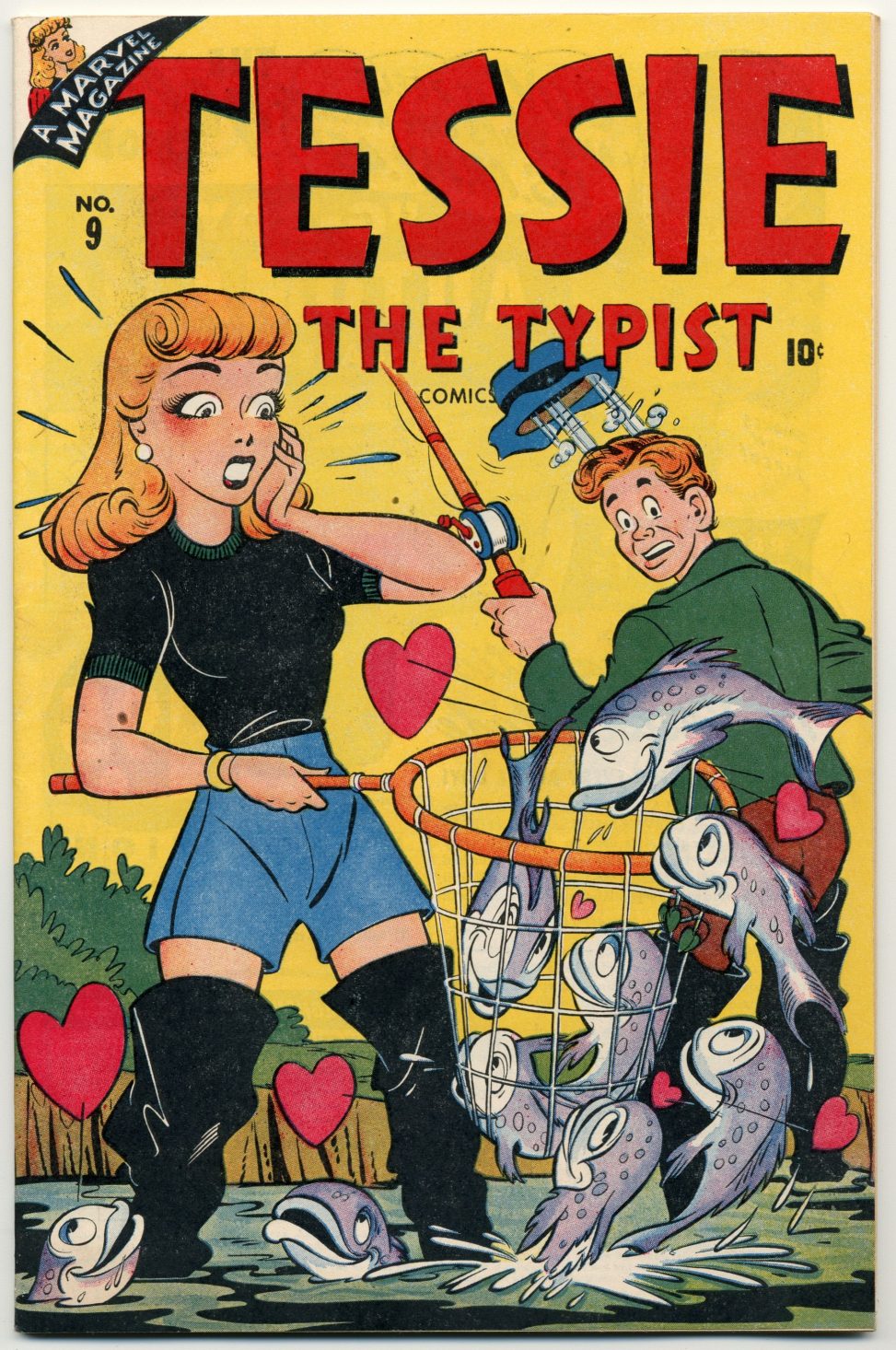 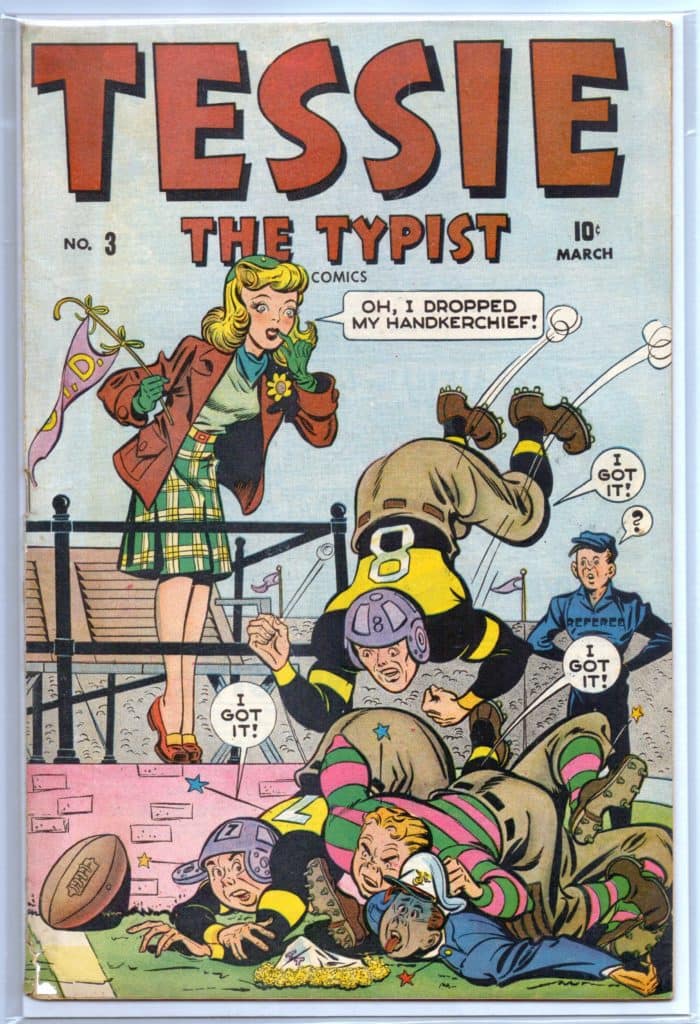 Timely had begun growing a niche of books in a sub-genre that would be called “working gal.” The gags were more like a modern day version of a situation comedy, like Friends. They were intended to expand upon the success of the teen humor genre into a more adult segment of the market. Tessie was the first, although ultimately not the most successful. Others included Millie the Model and Nellie the Nurse. Tessie the Typist had a total of 59 appearances, 23 of which were under her own title. She also appeared in Comedy Comics, Hedy De Vine Comics and Gay Comics.

Many collectors recognize these issues more for the inside stories which frequently contained work by Basil Wolverton (Powerhouse Pepper) and Harvey Kurtzman (Hey Look!) whose wild and unique styles generated a large cult following of collectors.