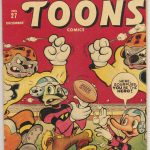 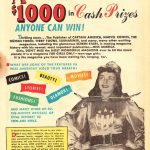 Paul Terry goes all the way back to the Edison Studios silent film era. He got his animated shorts start in 1915 – 25 years prior to his biggest hit Mighty Mouse.  He and his studio made no less than 1,300 animated cartoons up to the year 1955. Terry-Toons licensing agreements with comic book publishers can be summarized as: 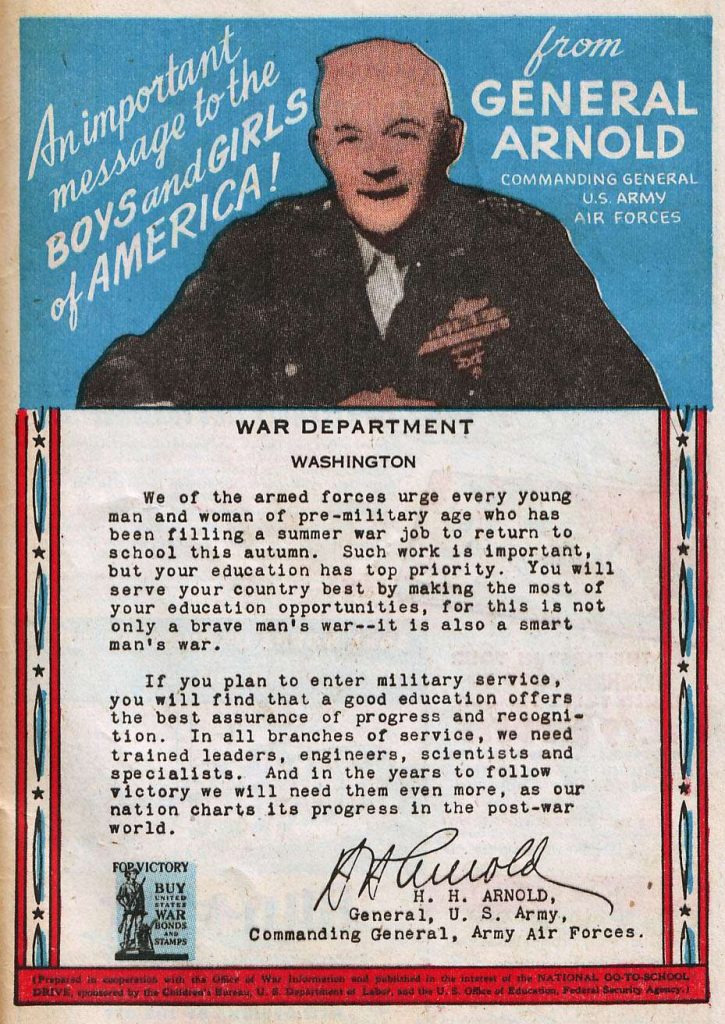 H. H. Arnold (General U. S. Army and Commanding General Army Air Forces) “An Important Message to the Boys and Girls of America!”

Issue #27 was published December 1944, placing it squarely in the Timely (Marvel Comics) era. With an anthropomorphic-funny animals football cover, inside includes a house ad for Marvel’s Miss America Magazine and a public service announcement “A message from the War Department to the boys and girls of America.”  This public service announcement ran in four other comic books in the Winter of 1944, including Batman #26 and Amazing Comics #1.

Inside stories included one of Terry-Toons most well known characters Gandy Goose in “Terry-Toons Blues.” Below is a January 1950 cartoon featuring Gandy Goose and Sourpuss that places comic book collecting front and center in the story!