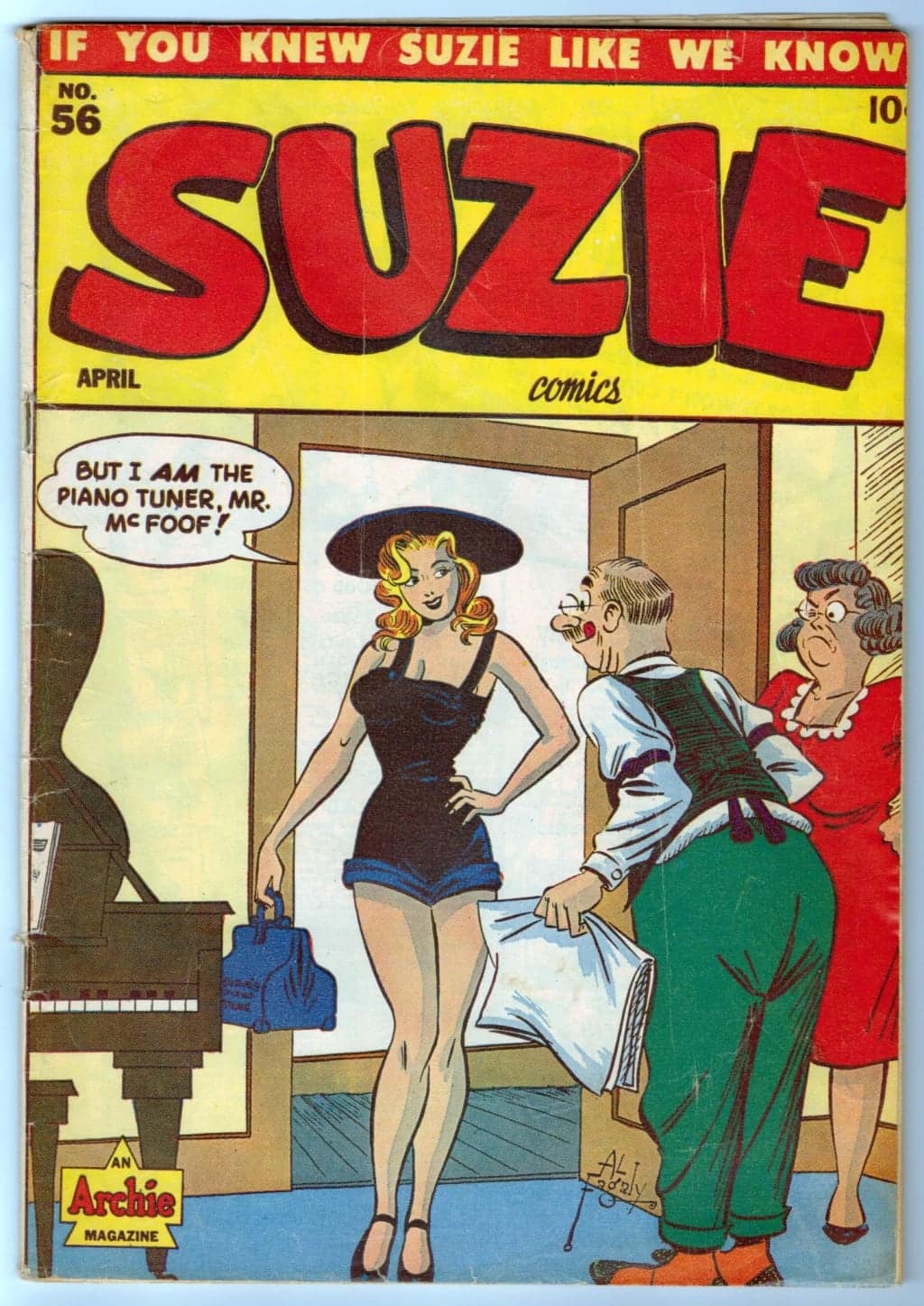 Suzie Comics #51 (September 1945) is actually just the third issue in self-titled series, numbering was continued from Laugh Comix #48. Suzie herself first appeared July 1942 in the predecessor to the series, Top-Notch Laugh Comics #28. Suzie began in the “working girl” genre in the likes of Nellie, Tessie etc., except, due to her “blonde bumbling,” she could never stay working  The cute but clumsy protagonist befriends the awkward Ferdie and for much of the brainless brainless beauty’s run, Katy Keene served as her backup stories. Curiously, stories for both Cindy and Katy always seemed to revolve around endless reasons for requiring a change of clothing? “If you knew Suzie like WE know Suzie”