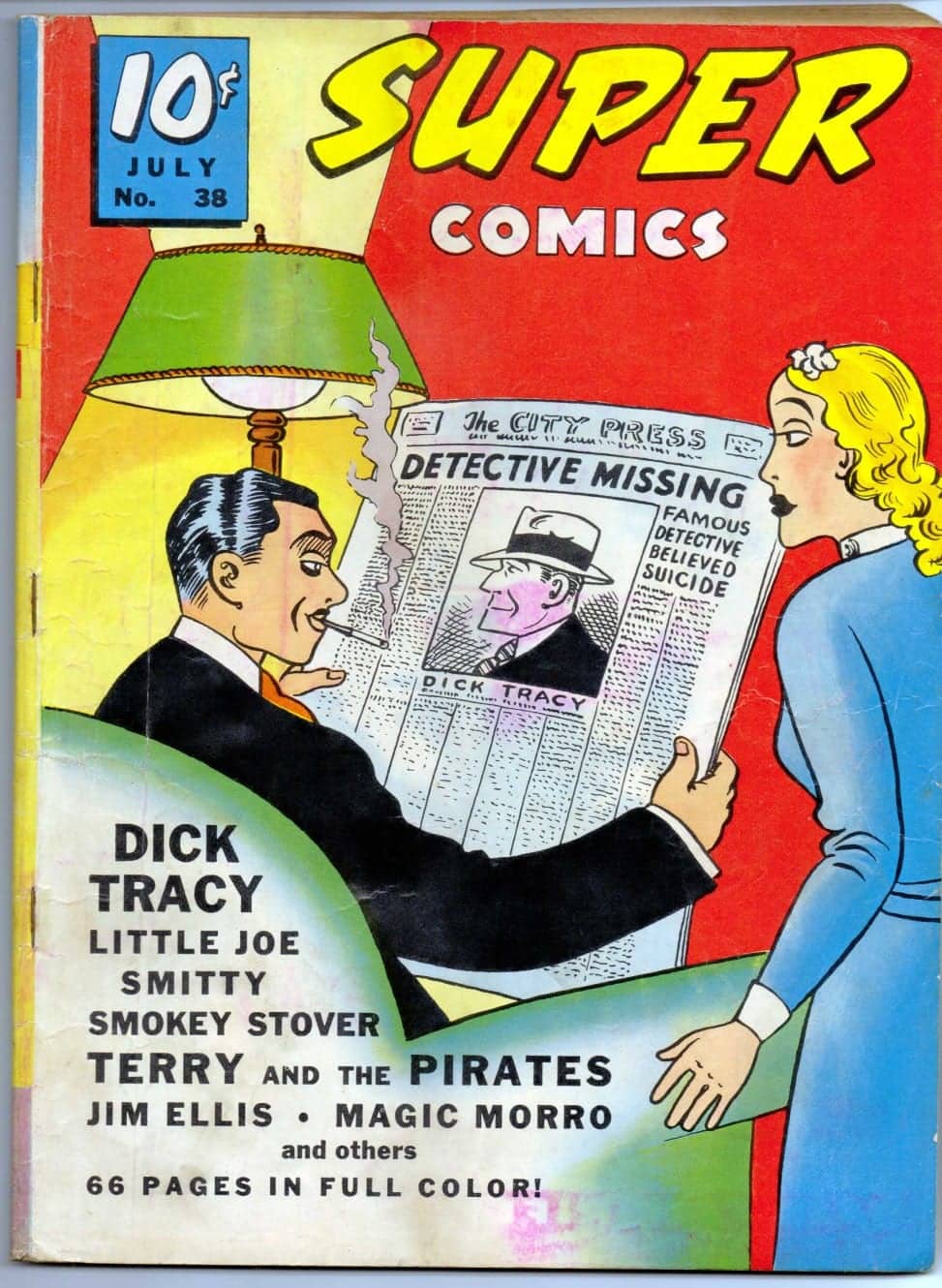 What in the world is Super Comics #38* (July 1941) published by Dell doing on Good Girl Comics?  A fair question.

I might respond, what in the world is Picasso’s Two Nudes doing in the The Museum of Modern Art?  I might also respond that I don’t really know.  For some reason, I find the striking flatness of the images (artist Chester Gould‘s lack creating a three dimensional appearance) and bright useage of color oddly appealing – if for nothing else its seemingly pure, crude folksiness.   It is certainly unique, and his character Dick Tracy was widely successful.

Art critic Spiegelman “explains that Gould coupled the precision of blueprints to the emotional intensity of the German Expressionist art taking place on the other side of the Atlantic… and he created a kind of Blueprint Expressionism.”

German Expressionism is described as bold, simplified (or distorted, exaggerated forms), sometimes clashing colors, direct and frank.   Whether this is what Gould intended or not, that does sum up his style pretty well.  Gould would have been about 20 years old when the German Expressionism movement reached its peak, but having grown up in Pawnee, Oklahoma it is not clear whether he could have been exposed to this influence or it was just happy coincidence from a lack of true art training.

What is for certain, Gould knew how to weave a story and appeal to the masses with a tough (if not violent) cop that had an impenetrable core of honesty. Taking note of the gang crime headlines at the time (think bootleggers, prohibition, Ma Barker, Bonnie and Clyde, “Pretty Boy” Floyd etc.) he created a no-nonsense cop (and love interest Tess Trueheart) to fight against it. Newspaper management loved it and the rest, as they say, is history.