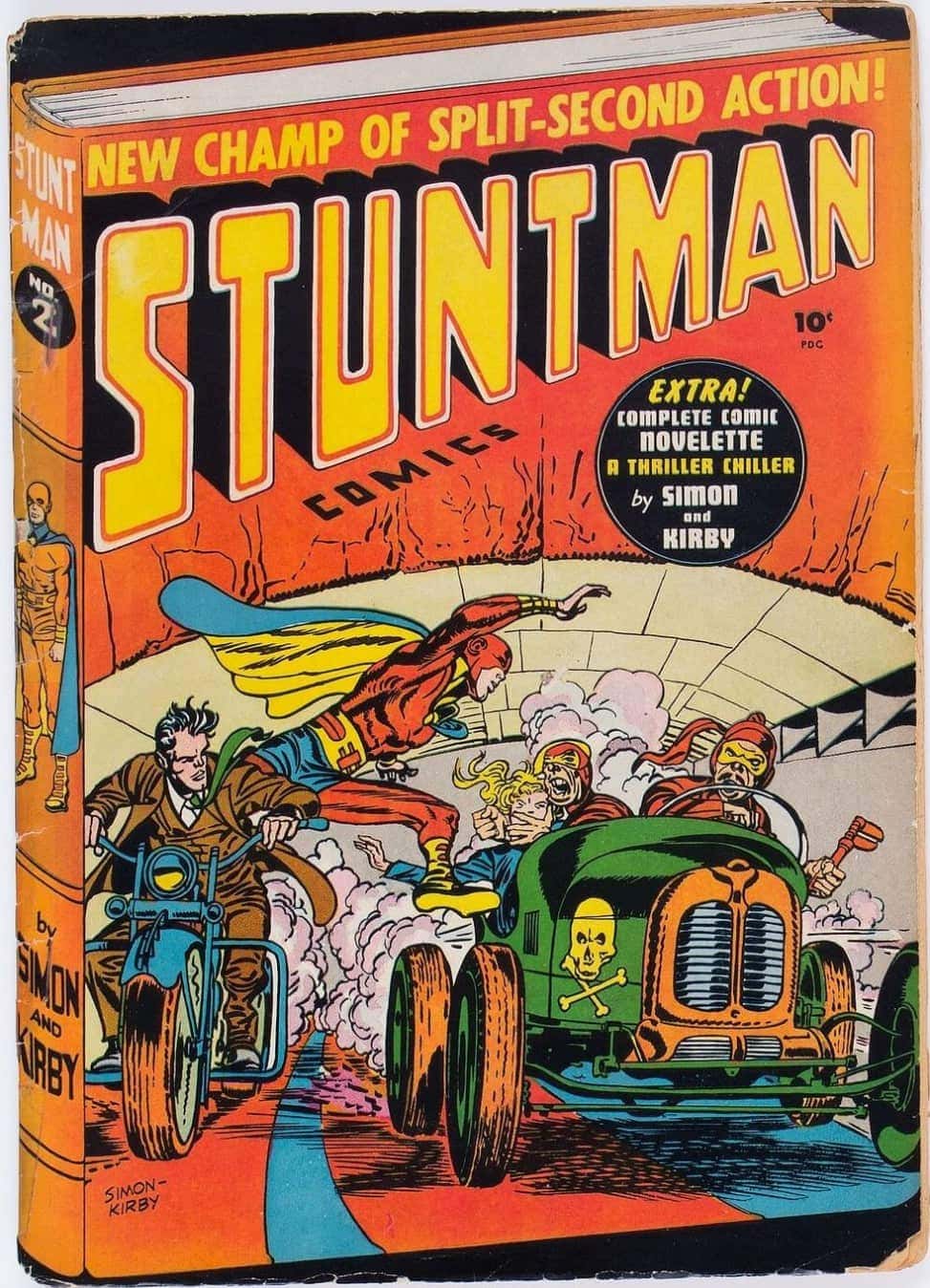 Joe Simon and Jack Kirby were the creators of Stuntman – the same real life dynamic duo behind the creation of Captain America. Stuntman debuted later (during that time of the Golden Age when superheroes were losing a bit of their steam). Published by Harvey Comics, the first appearance of Stuntman was in #1 of his own title, April-May 1946. The motorcycle cover issue I picked up is Stuntman #2 from June-July 1946.

The series made it three issues, but the third was printed without color and in a smaller page count as a means to meet mail subscription obligations. With no regular distribution it is quite rare and sought after.

Stuntman did make a few other appearances on the inside stories of some other Harvey books: Stuntman was real life Fred Drake, a former circus performer whose background had helped develop superhuman like acrobat skills. Fred’s motive to chase criminals was based on the fact that his fellow circus team had been murdered. He met movie star Don Daring who coincidently was a physical twin of Fred. This lucky happenstance allowed them to team up so Fred could act as Don’s secret movie stunt double – allowing Don more time to “pursue his pet hobby playing amateur detective.” Oddly, the resemblance wasn’t enough to keep them from appearing in public together, where Fred was simply Don’s bodyguard and employee. And Don wasn’t aware of his employees other secret job – that of the “Stuntman.”

Which was unfortunate, as the Stuntman secret didn’t work so well for Fred’s love life. As he pinned over actress and Don’s gal pal Sandra Sylvan, while she fawned over the actions Stuntman – but not Fred.