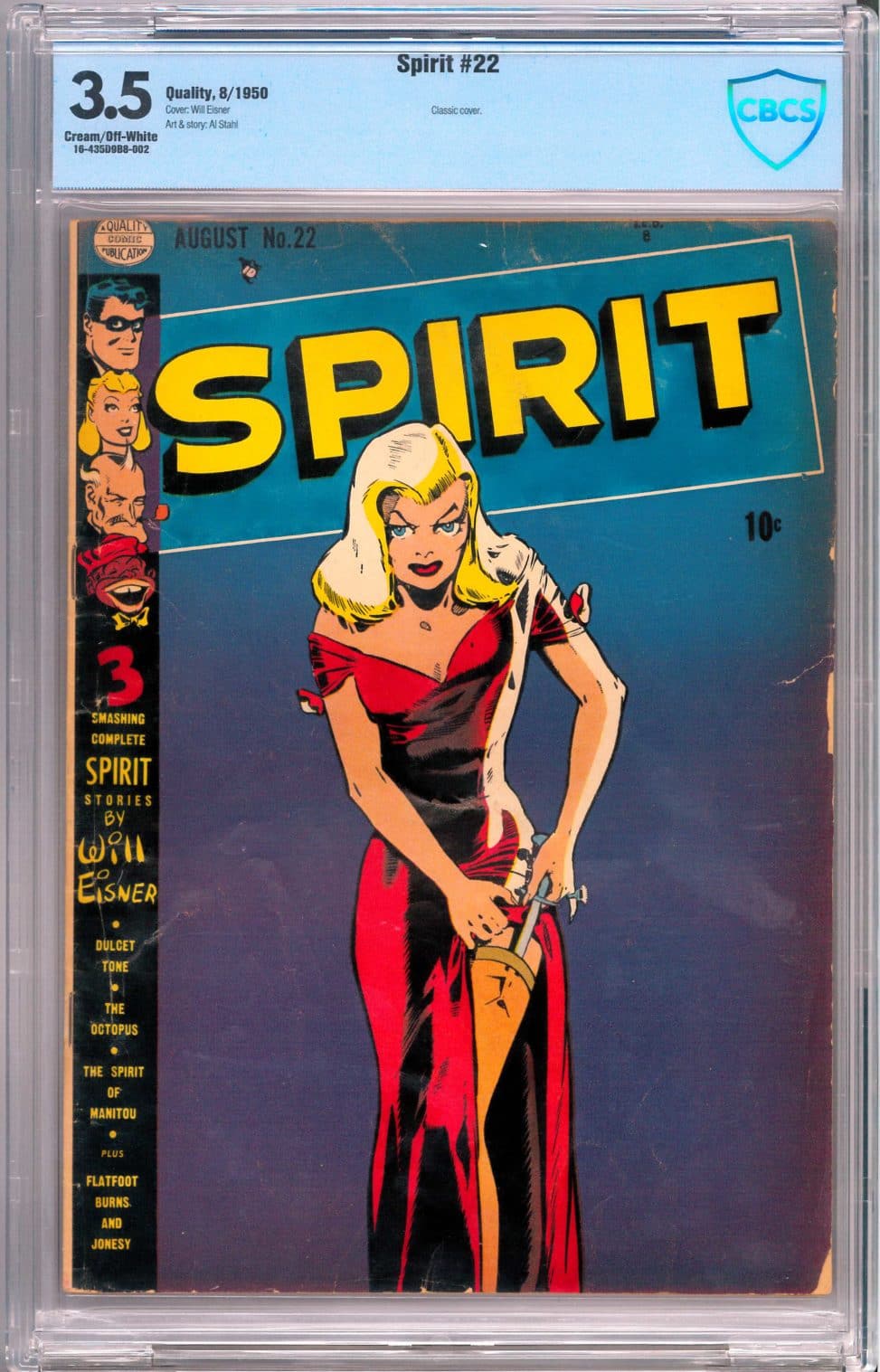 The Spirit was one of the most iconic and memorable characters of the entire Golden Age.  The last three issues from a relatively short run of his own title published by Quality Comics were some of the greatest GGA ever (shown here are #20 April 1950, #21* (which is Canadian edition #22* November 1950) and the iconic #22*. The concept of The Spirit was actually rather genius, from the mind of Will Eisner. It was packaged like a small comic book and distributed as in insert through newspapers. It was great for boosting circulation of The Register and Tribune Syndicate newspaper properties, as readers enjoyed the special original characters and stories in their Sunday supplement between June 2, 1940 through Oct. 5, 1952.

The Spirit himself was Denny Colt, criminologist and assistant to Central City’s police commissioner Dolan (whose daughter Ellen had a thing for the Spirit). Having been presumed dead after a fight with Dr. Cobra he came back as The Spirit – costumed with his famous domino mask.

As early as 1942, the stories were reprinted for a wider audience monthly by Quality Comics’ in its Police Comics series (with Plastic Man being the lead feature). Since then the stories have been republished many times over the years as the character has retained a cult following.