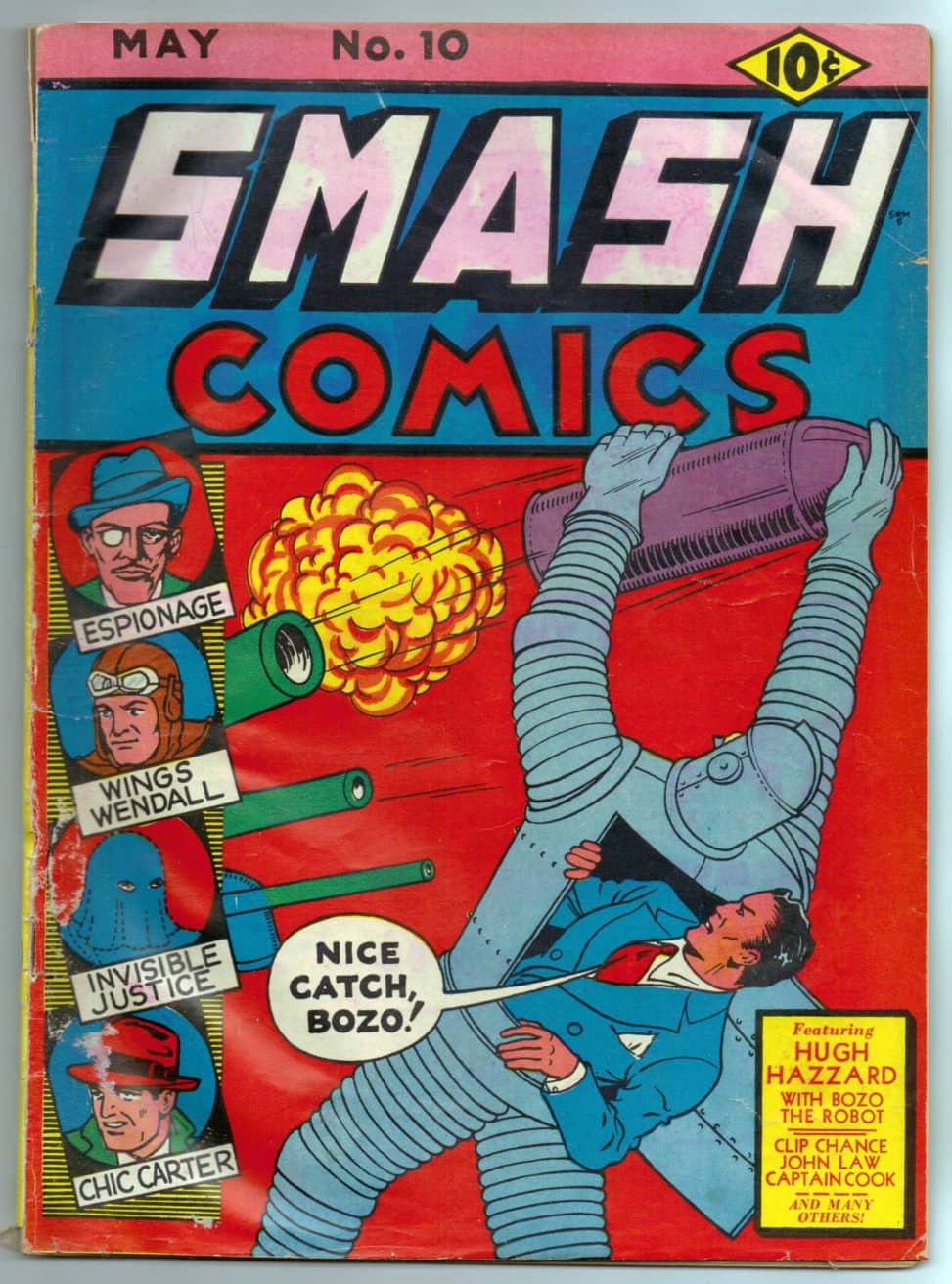 The cover features Bozo the Robot with art by Bozo creator George Brenner.  Long before there was “Iron Man” there was Bozo the Robot, being controlled from the inside by Hugh Hazzard.  In fact, he is said to be the first robot ever shown on comic book cover

Besides Bozo, other heros shown on the cover inserts are: