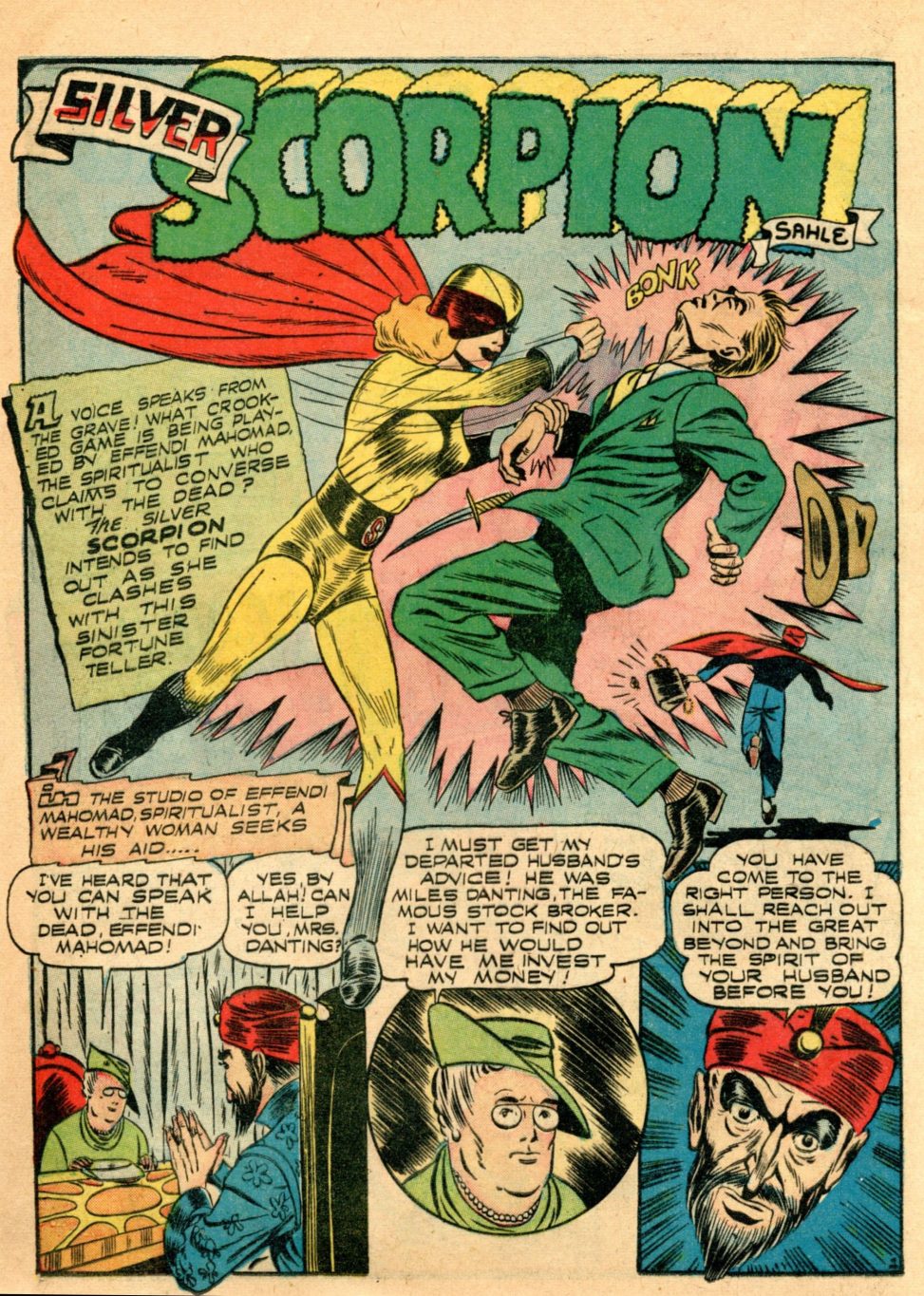 Even before the United States began sending soldiers overseas to help reverse the global tsunami set in motion by the axis countries in World War II, the fledgling comic book industry was churning out a plethora of superhero characters. Hundreds of attempts, some successful, to capture the public’s imagination and hopefully a loyal readership.

Among this early group of superheroes were a handful of female characters.  That list included:

Note the interesting number of “Red, White and Blue” female superheroes in August of 1941.  Wonder Woman was introduced by DC in All-Star Comics #8 December 1941. All prior to the U.S. entering WWII on December 7, 1941 when Japan bombed Pearl Harbor.

Marvel’s Silver Scorpion is probably the least known of the entire group – having run in just three issues between April 1941 and April 1942.  Silver Scorpion’s alias is Betty Barstow, secretary to detective Dan Hurley.  Once Betty donned her Silver Scorpion custom, she was free to unleash her agile jiu-jitsu expertise on the criminal underworld. In her second story Betty snaps up prospective well-paying client Dennis Danting without detective Dan’s knowledge.  The Silver Scorpion goes on to stop the evil spiritualist Effendi (aka Eddie Lorey) from stealing $10,000 from Danting’s wealthy widowed mother. No word on if a commission was ever given to Detective Dan.