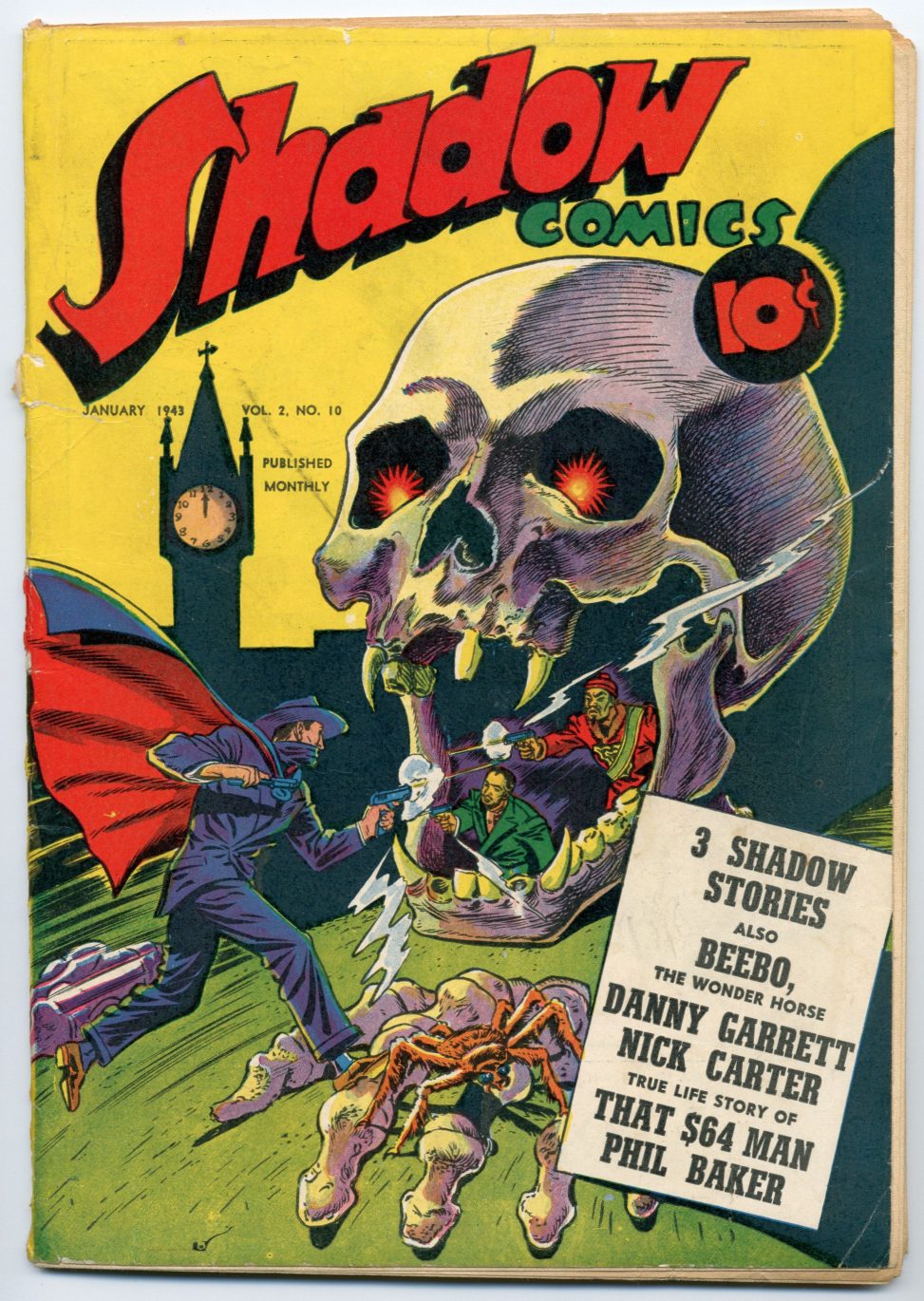 Street and Smith Publications Inc. was one of the leading pulp magazine publishers. Starting out with dime novels clear back into the 1800s, they moved to pulps in 1915.  The pulp run would last until 1949 when it stopped publication of The Shadow, Doc Savage, Detective Story Magazine and Western Story Magazine.

The Shadow character first appeared February 1929 in a Fame and Fortune story called “The Shadow of Wall Street” by George C. Jenks (written under pseudonym Frank S. Lawton).  Street and Smith Publications Inc. picked up the character for its pulps, and applied its successful marketing formula of radio serial tie-ins. The company had caught on to the idea that with a little adaptation of the stories for narration they could cross promote publications on the radio. And for The Shadow the combination (along with inclusion of female interest Margo Lane) proved extremely successful – one of the most successful in radio history in fact.  “Who knows what evil lurks in the hearts of men? The Shadow knows!” – and so did millions of avid listeners.  The radio serials last 21 seasons (in some seasons, The Shadow most famously being portrayed by Orson Welles), the pulp series lasted for 18 years and the comic books were published for 9 years.

Shadow Comics was a long running series published by Street and Smith. The series produced many cool covers.  I have been lucky enough to own a couple of them, pictured below.