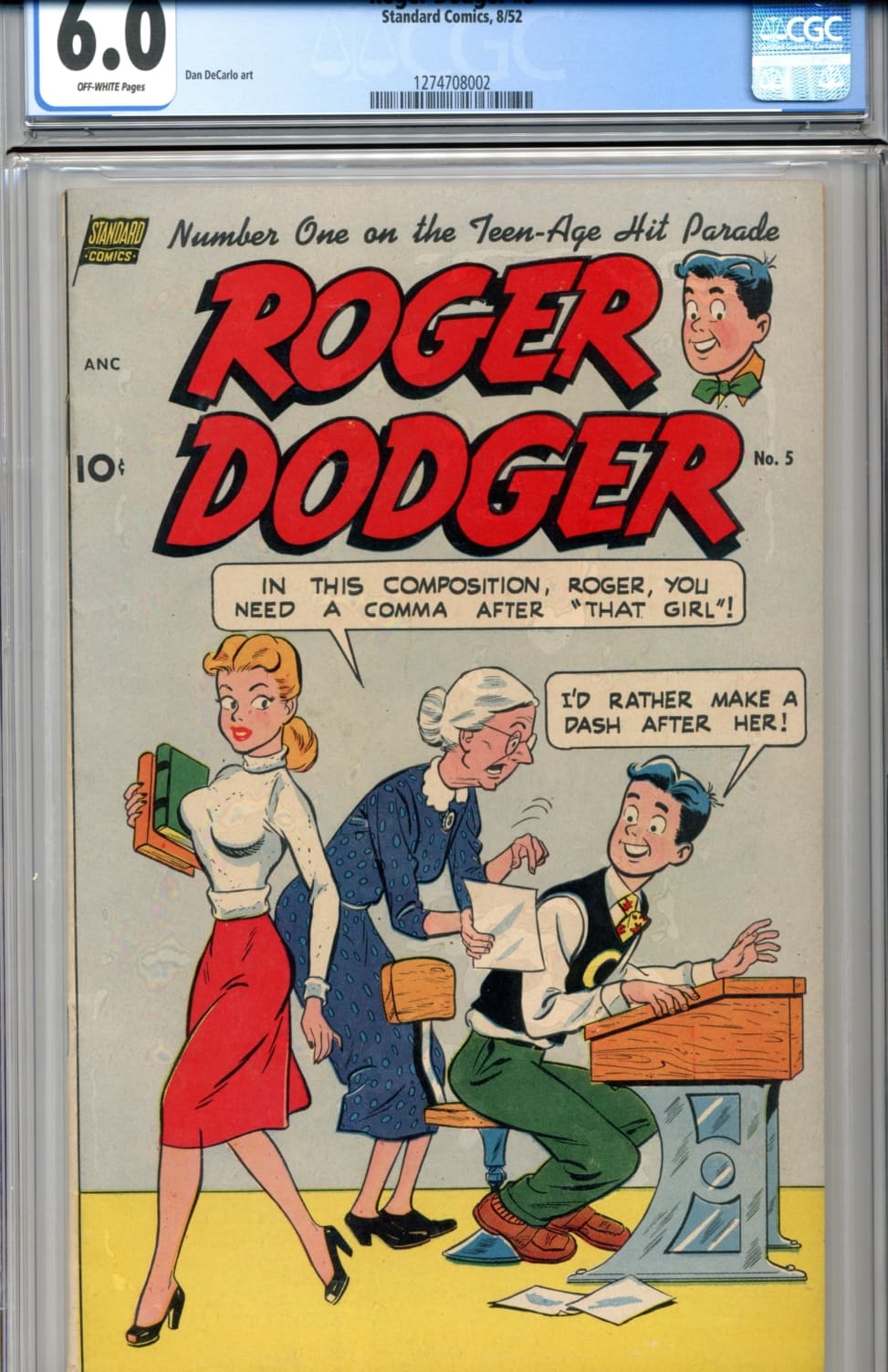 Despite being tagged issue #5*, the Roger Dodger title was only released for one issue on August 1952 by Standard Comics.  So this is both Roger’s first and last appearance!  On the cover Roger clearly needs to focus on his grammar regardless of the distractions.

Characters include Roger Dodger, Luella Flutter, Mabel, Percival and Krank who all follow the by now well-honed formula of dating mischief.

Inside the great artist Dan De Carlo is credited with his own 8 pages in the story “Slightly Punchy.”  Officer Clancy falls for Leroy’s cousin Tillie, who is “a student of boxing and wrestling.”  To which officer Clancy quips “I wonder if she’d teach me the art of clinching?”