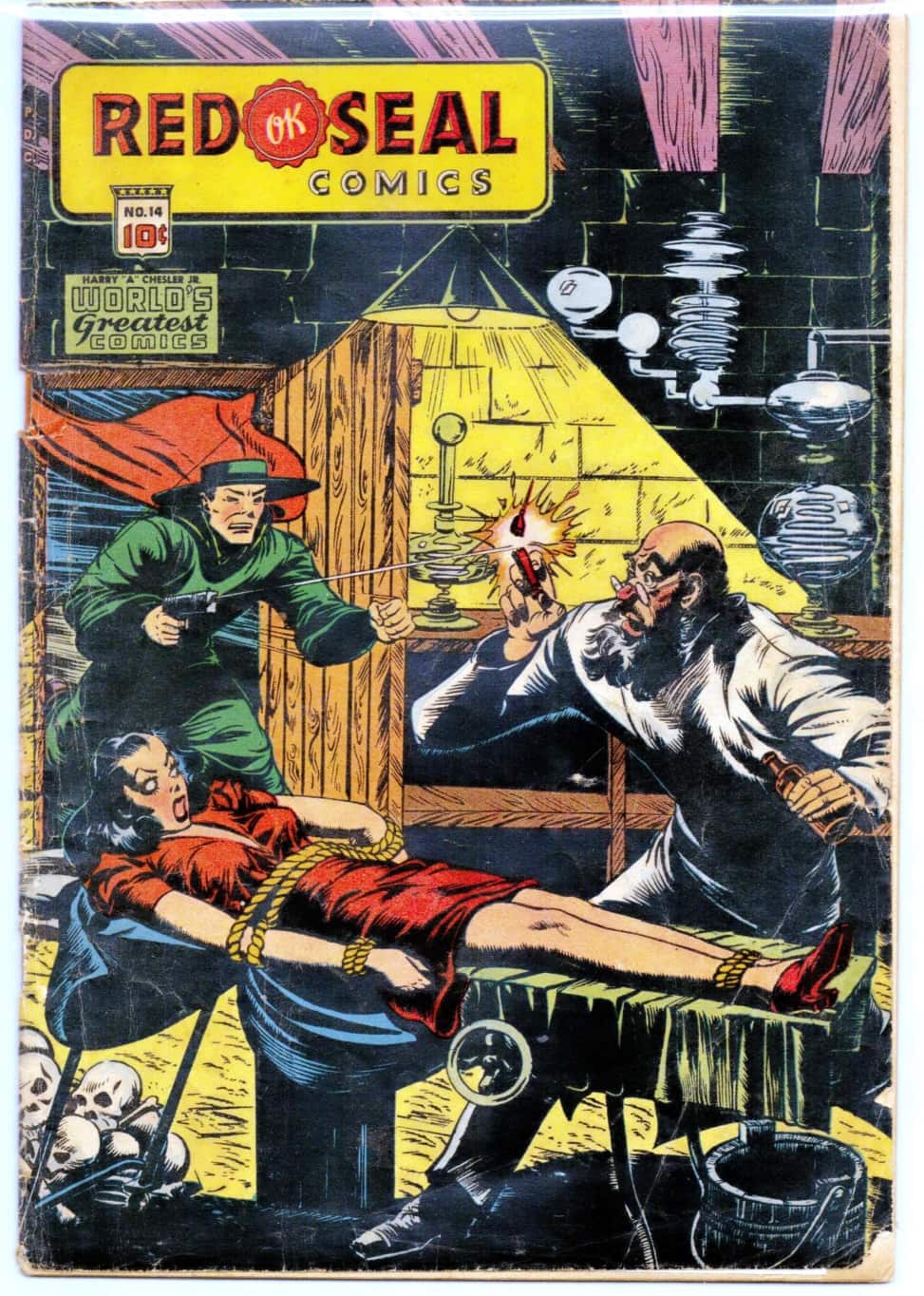 Here we have my copy of Red Seal #14, out of the infamous Harry A. Chesler publishing house. Issue is dated October 1945. The inside story and cover were originally intended for Spotlight #4, but wound up being published in this first issue of the series. Why was #14 actually the first issue of Red Seal? Glad you asked. Believe it or not, the cover is what is known in the trade as a “bondage, hypodermic, skull cover” – a trifecta of unsettling seediness for which Chesler had made his name and what would be just the type of work to attract the unwanted attentions of Dr. Fredric Wertham. In fact, the very distinctive work of cover artist Paul Gattuso was later explicitly cited as an example of cruelty in comics by Dr. Wertham in his book “Seduction of the Innocent.” Gattuso was also the creator of the obscure “Black Dwarf” superhero shown on this cover.

Black Dwarf’s secret identity was former professional footballer Daniel “Shorty” Wilson. The nickname “Shorty” being the only reason anybody can reason for having been called “Dwarf,” as it certainly wasn’t a name designed to instill fear in the criminals he sought to defeat. Presumably that is the reason why he felt the need to supplement his “athletic skills” by packing a gun.

Additionally, he enlisted the assistance of his reformed criminal pals to “turn the heat on the Underworld.” They included two men, lethal shootist Joseph “Nitro” Lemerise and Terry “Human Fly” Holcomb, along with girlfriend and explosives expert Patricia “Arsenic” Gaynes.

The character first appeared in Spotlight Comics #1, 1944 and continued to appear in the quarterly Red Seal until near the end of the title’s demise on its second to last issue.