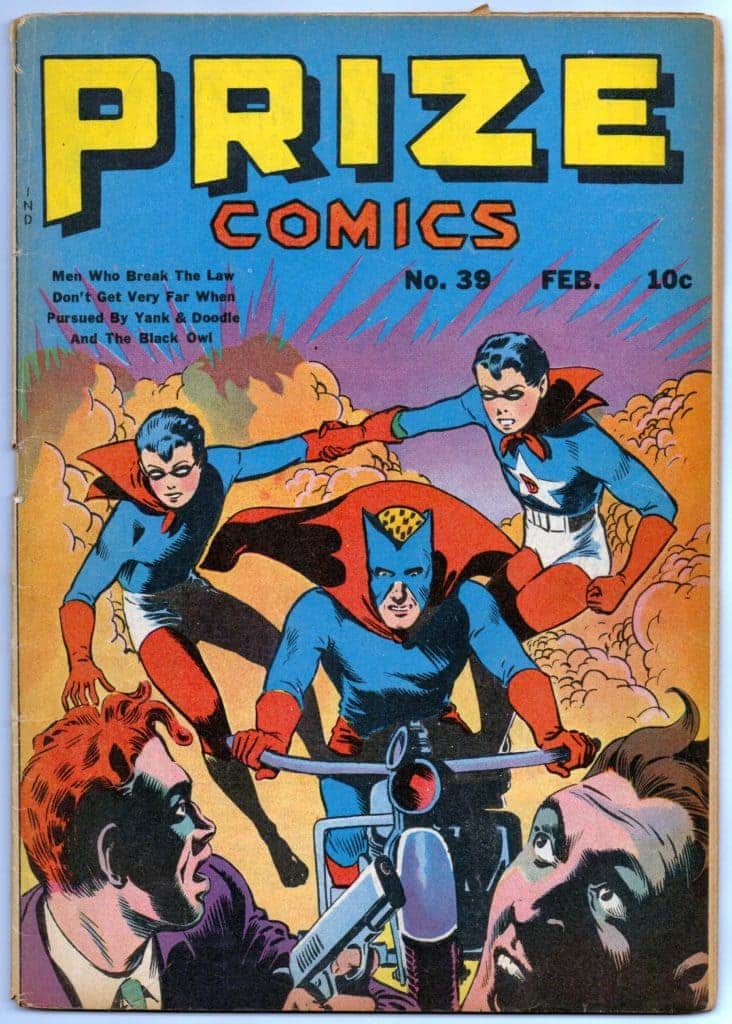 Prize Comics was a rather obscure title published by Prize Publications (owned by pulp magazine publisher Crestwood). The series actually lasted 68 issues over eight years (March 1940 to March 1948), after which the title was changed to Prize Comics Western.  I was attracted to my copy of #39 (Feb 1944) due to its motorcycle cover.

The first issue featured a crime fighter in an owl mask and tuxedo costume (with no apparent superpowers) named K the Unknown. His name was quickly switched to the Black Owl in the very next issue. His real life persona was wealthy guy by day Doug Danville. But in the 34th issue (September, 1943), Doug decided to give up his nighttime crime fighting gig and he promptly enlisted in the Army to go off and fight in the war. But before doing so, he passed on the costume wearing duties to Walt Walters, father of twins Rick and Dick Walters (better known by their “red, white and blue superhero” names “Yank & Doodle”). 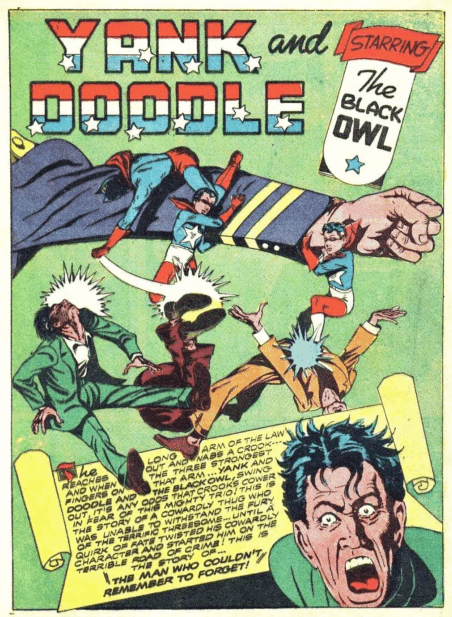 The twins first appeared in Prize Comics #13 (August, 1941). They developed super-strength and invulnerability when in close proximity to each other (but were normal humans when apart). They were drawn by Paul Norris, of Brick Bradford fame.

Prize Comics is perhaps most well-known for running the inside story series by writer-artist Dick Briefer titled “New Adventures of Frankenstein.” Starting in Prize Comics #7 (Dec. 1940), this moment is frequently referred to in comicdom as the official beginning of a horror series in comics. Set in New York City circa 1930, it was an modern version of 1818’s novel “Frankenstein; or, The Modern Prometheus” by Mary Shelley.