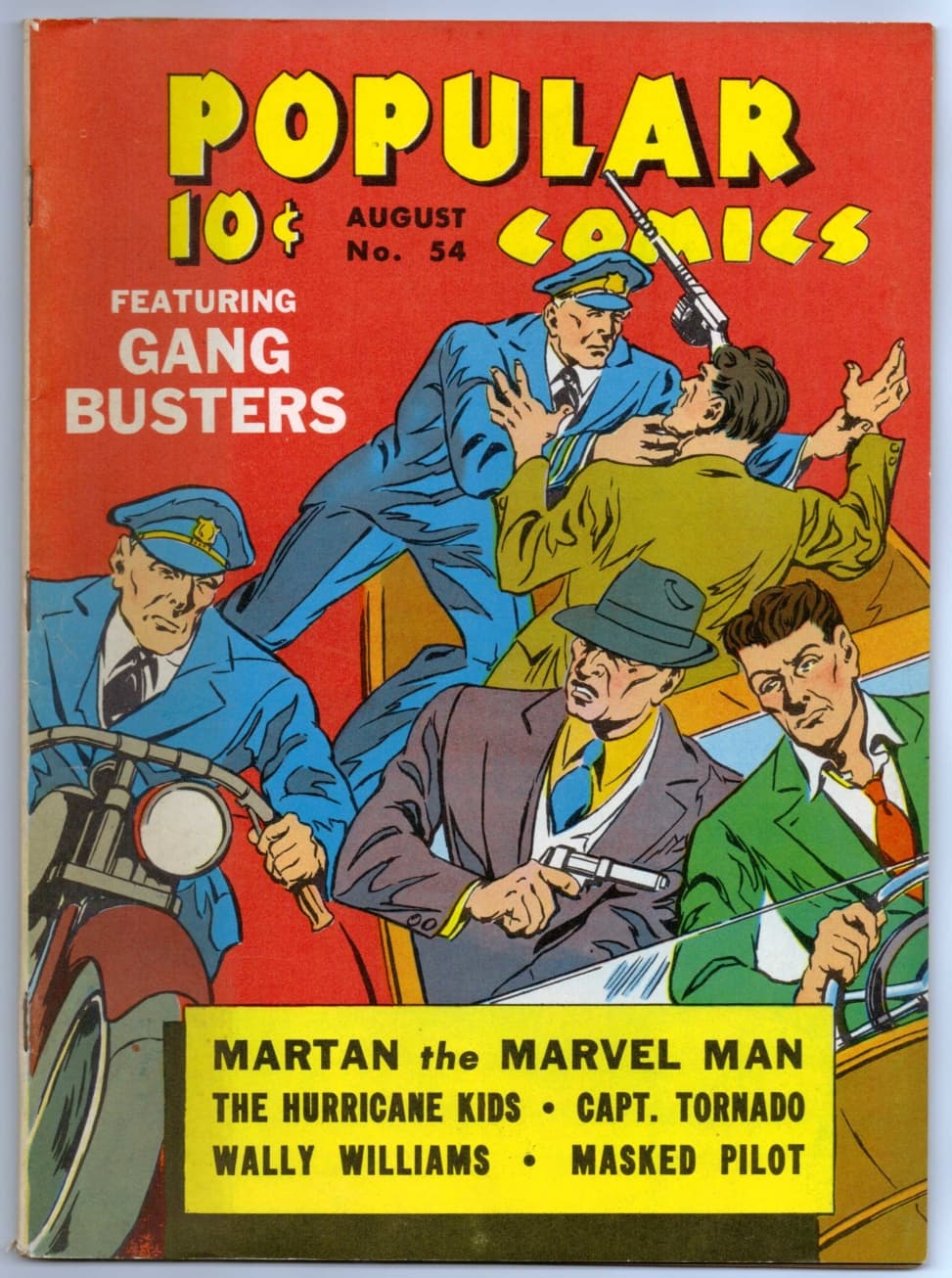 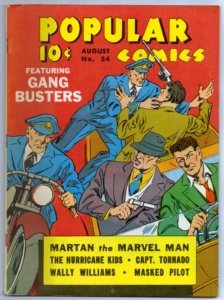 Popular Comics #54 was a  Dell Comics / Western Publishing production, published on August 1940.  My attraction was primarily the motorcycle cover (featuring Gang Busters).  But there is much more inside, including Golden Age superhero classics such as Martan the Marvel Man, The Masked Pilot,  The Voice, Captain Tornado, Doctor Hormone and Wally Williams, American Boy. 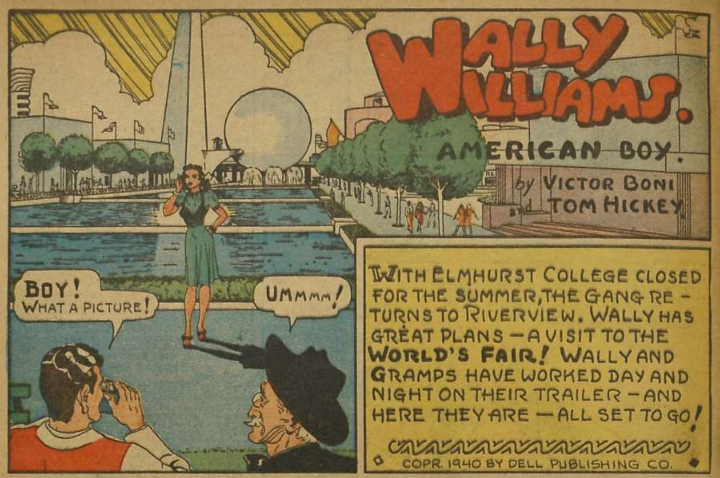 The most intriguing of the group is the Boni Victor Bloom (pen name Vic Bloom and Victor Boni) scripted Wally Williams, “All-American teenage boy. ”  Wally is a student at “Riverview High School” who sports a sweater embroidered with the letter “R.” For some reason, this sounds vaguely familiar? 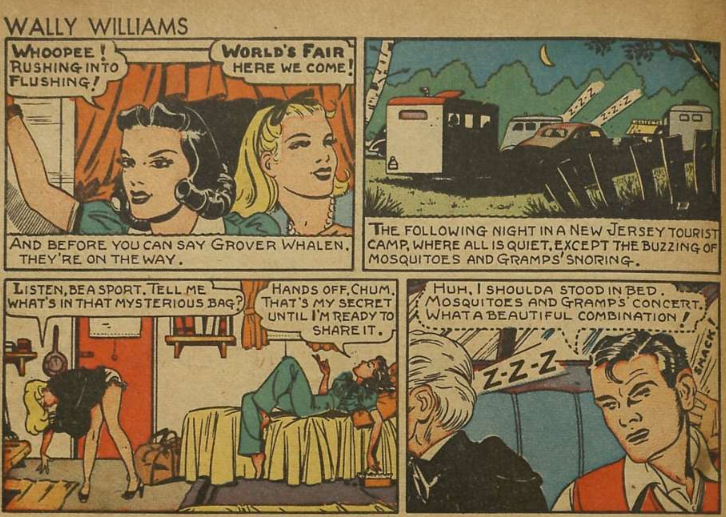 Moreover, his friend’s name is “Jughead.” Even better yet, he’s part of a “love triangle,” in love with an uppity rich brunette and yet loved by Betty, the sweet but poor blonde. “Introducing Archie” was scripted by Vic Bloom  less than a year later in Pep Comics #22 (December 1941).  History it seems, has forgotten to give at least partial appropriate credit for the creation of a comic phenomena called Archie.