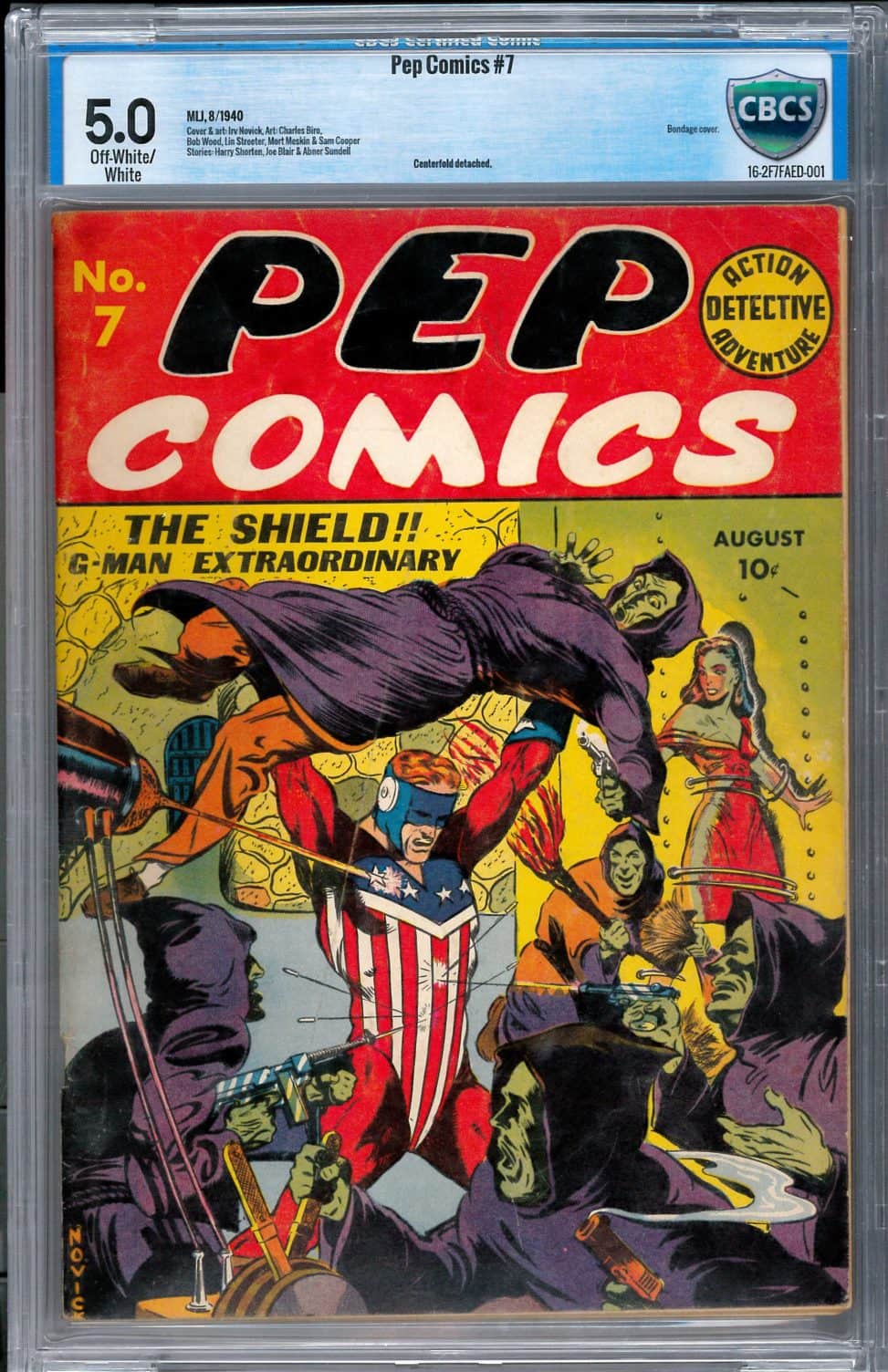 This lovely Pep Comics #7 cover is drawn by a favorite artist of mine, Irv Novick (dated August 1940). From a very long list of red, white and blue patriotic superheroes The Shield was actually the first – predating even the United State’s entry into World War II by two years. The character’s real life persona was Joe Higgins (a fact known only to J. Edgar Hoover Director of the FBI).  After completing his PhD, Joe was able to finish the development of a super strength serum (that functioned much like a skin cream) that his chemist father had started before being killed.  This, combined with his indestructible costume, made him both an offensive and defensive prowess.

LIke many superheros (presumably to grow the market with younger readers) The Shield had picked up a younger sidekick (Dusty the Boy Detective) as soon as the printing of Pep Comics #11.   He also had a Lois Lane-like female companion in Betty Warren. While The Shield enjoyed considerable popularity with the public, by issue #36 (February, 1943) he started sharing the cover with another character Archie Andrews (first appearance inside Pep Comics #22). That character’s popularity would soon not only eclipse that of The Shield, but the entire company – as MLJ would become Archie Comic Publications.  The last Shield cover was Pep Comics #51 (August, 1944).  He continued appearing on inside stories until issue #65 (December, 1945).

Archie Comics revisited the The Shield in 2015 under Dark Circle imprint, where the superhero has been re-imagined as the spirit of America, which can manifest itself in the body of patriots, in the first instance a female “Daughter of the Revolution.”