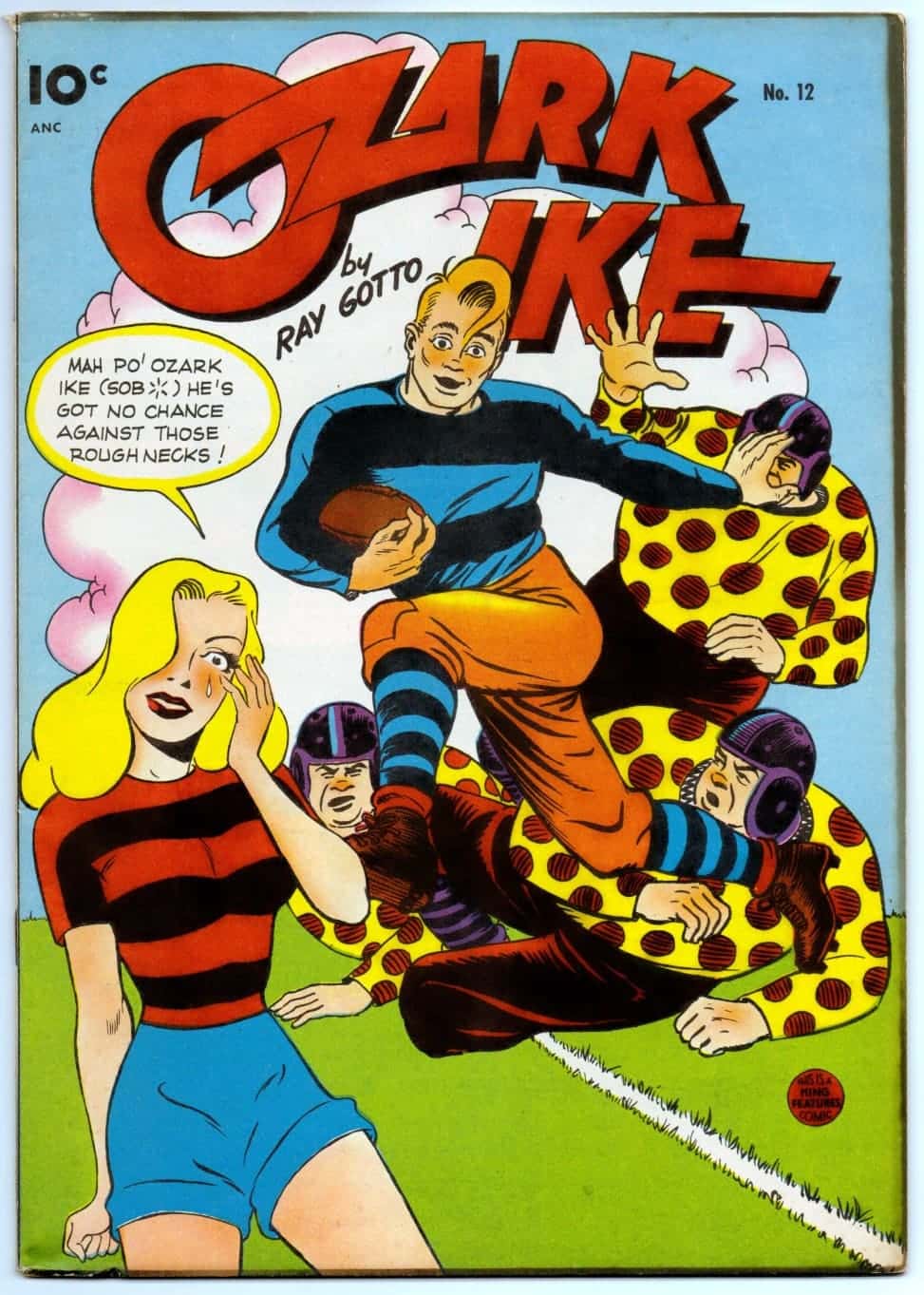 Once exceptionally popular, Li’l Abner is nearly forgotten today. And if we can no longer recall Al Capp’s Li’l Abner and Daisy Mae, there probably is not much hope for modern rrecognition of second tier hillbilly humor characters Ozark Ike and his girlfriend Dinah Fatfield. “Ozark” Ike McBatt was differentiated from Li’l Abner by his multi-sport talents – a regular Bo Jackson or Deion Sanders – playing both baseball and football. In fact, Ozark played whatever sport was in season, which no doubt helped keep the newspaper strip fresh year around while running in 250 different papers across the country. Of course, I was compelled to purchase the comic version (Ozark Ike #10 from January 1949 and #20 December 1950 ) for the interesting football art (wink). But clearly also keeping the strip front and center of reader’s attentions was the attractive, curvaceous blonde Dinah Fatfield. Ozark and Dinah both resided in the town of Wildwood Run (population 49) and Ozark was the apple of Dinah’s eye (to the dismay of her family who were in a multi-generational feud with the McBatts). Rufus A. “Ray” Gotto created the Ozark Ike during his service in the U.S. Navy where he was an illustrator for military instruction manuals. After Ozark, Gotto went on to a career as an illustrator at The Sporting News. Interestingly, he also designed the logo for the New York Mets, a logo which is still being used today in near exact form to Gotto’s original 1960s design.