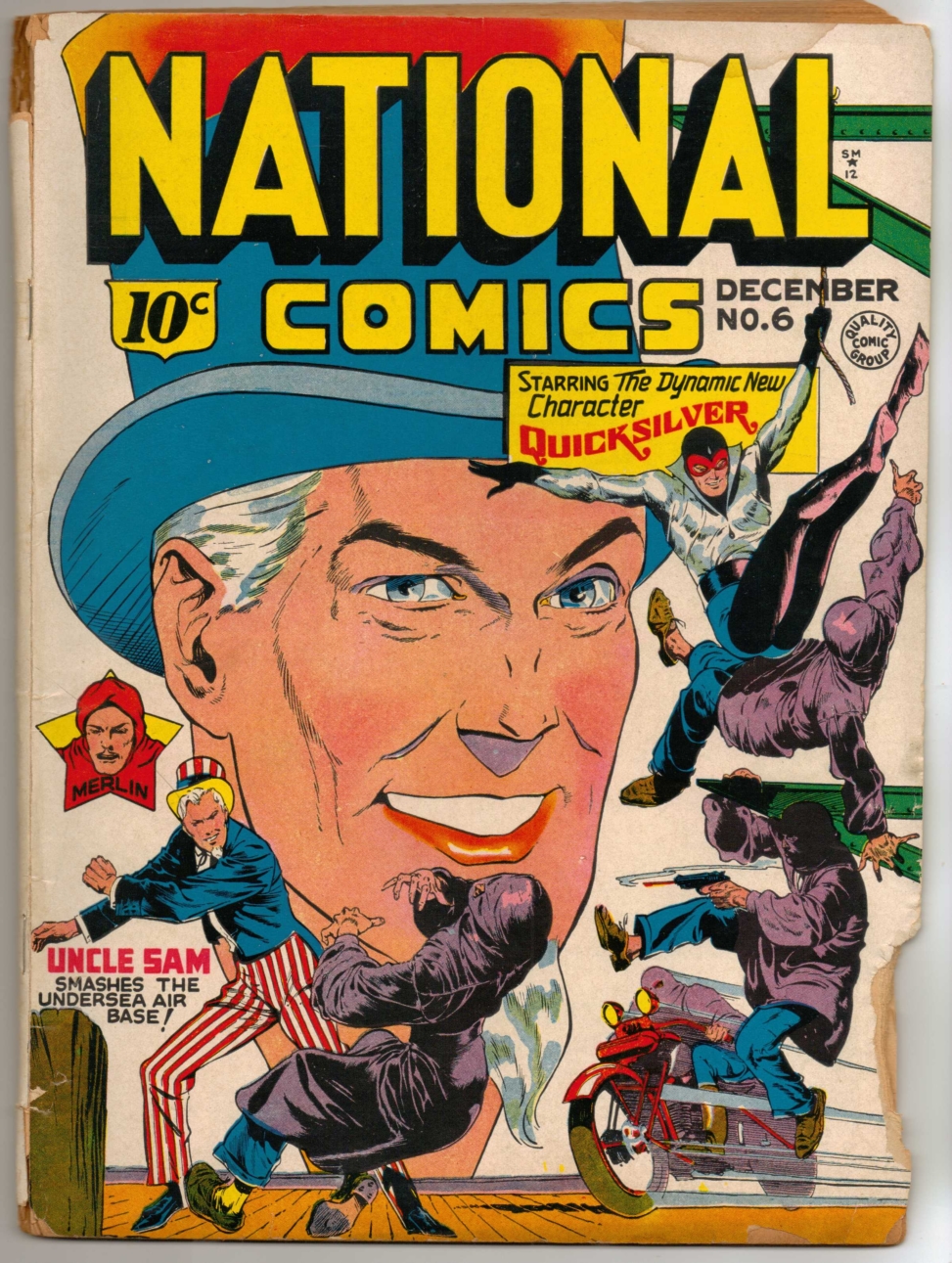 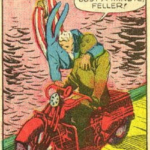 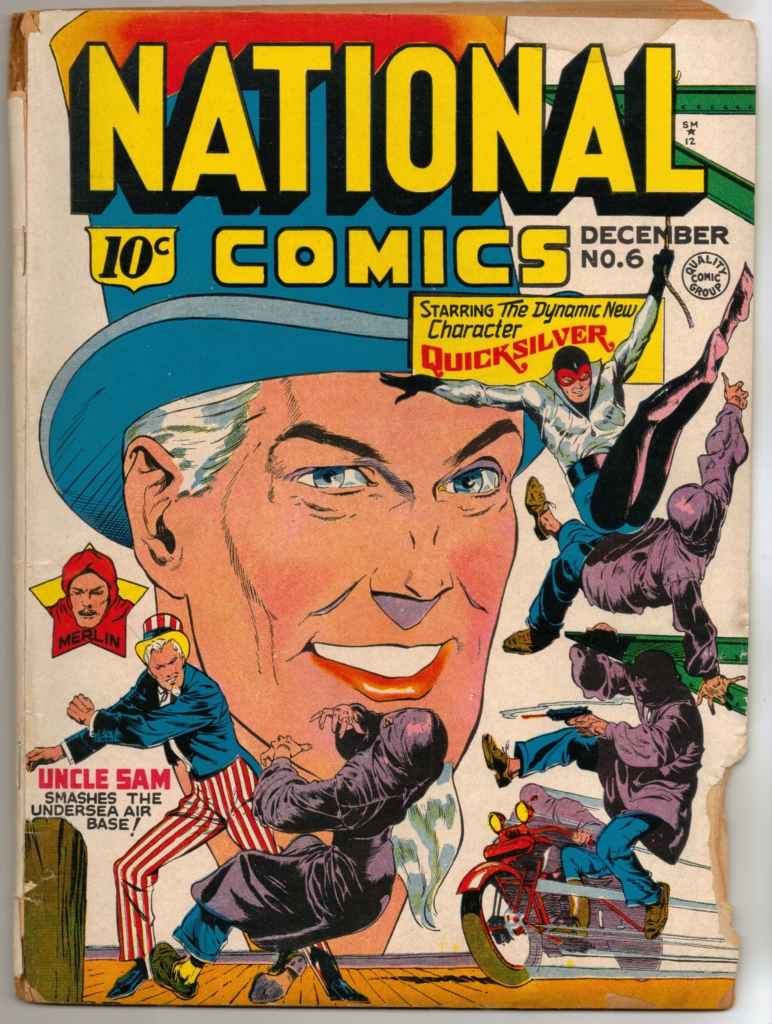 National Comics was a successful series for Quality, running 75 issues from July 1940 – December 1949. 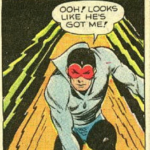 It was a bit of a surprise purchase for me.  If you can look past the “chew” in the bottom right you might also notice a motorcycle!  Yep, had to add another comic book to the collection. 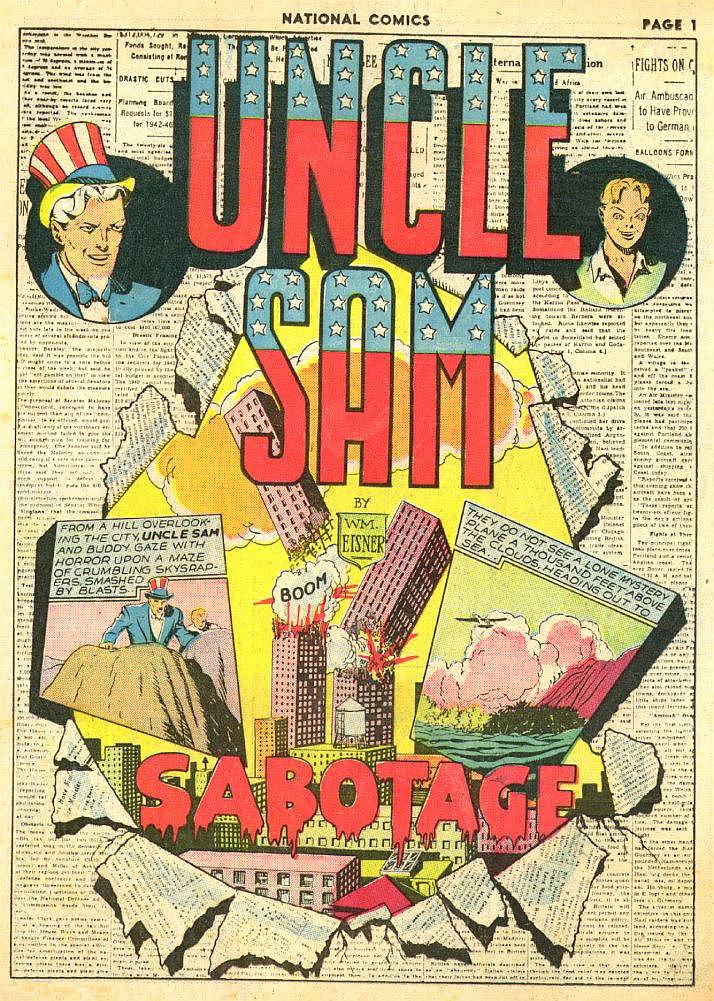 “Sabotage” by Will Eisner

The first inside story “Sabotage”  by Will Eisner (shown on the left) strikes an eerie resemblance to 9-11, yet it was drawn over sixty years earlier. 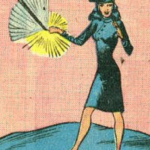 Other inside characters include the highly competent and self-sufficient  Sally O’Neil Policewoman and yet another “Red, White and Blue” superhero known as Wonder Boy. 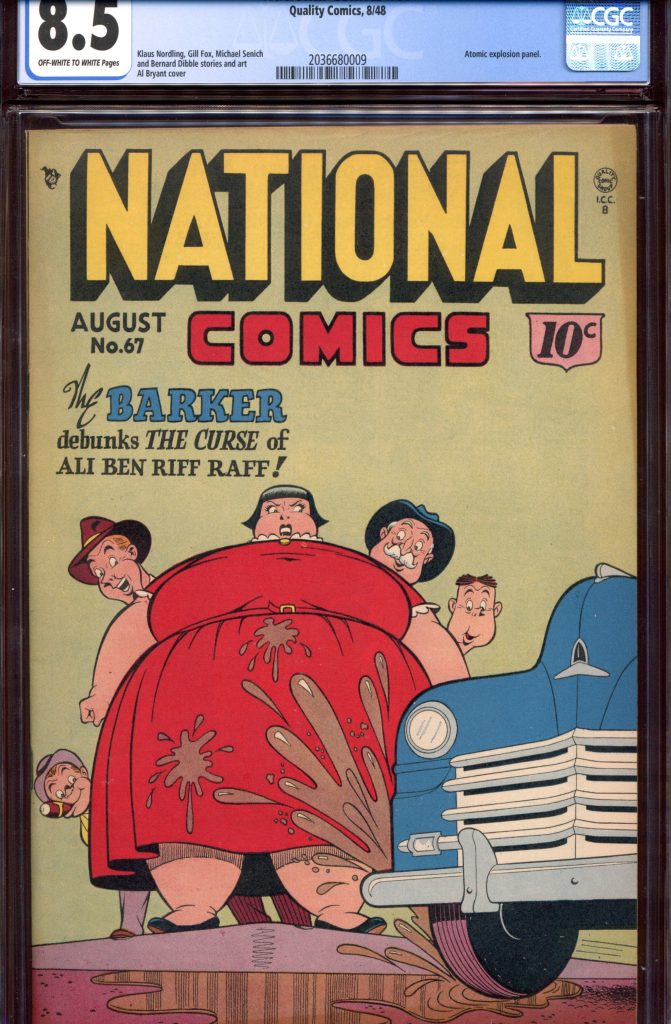