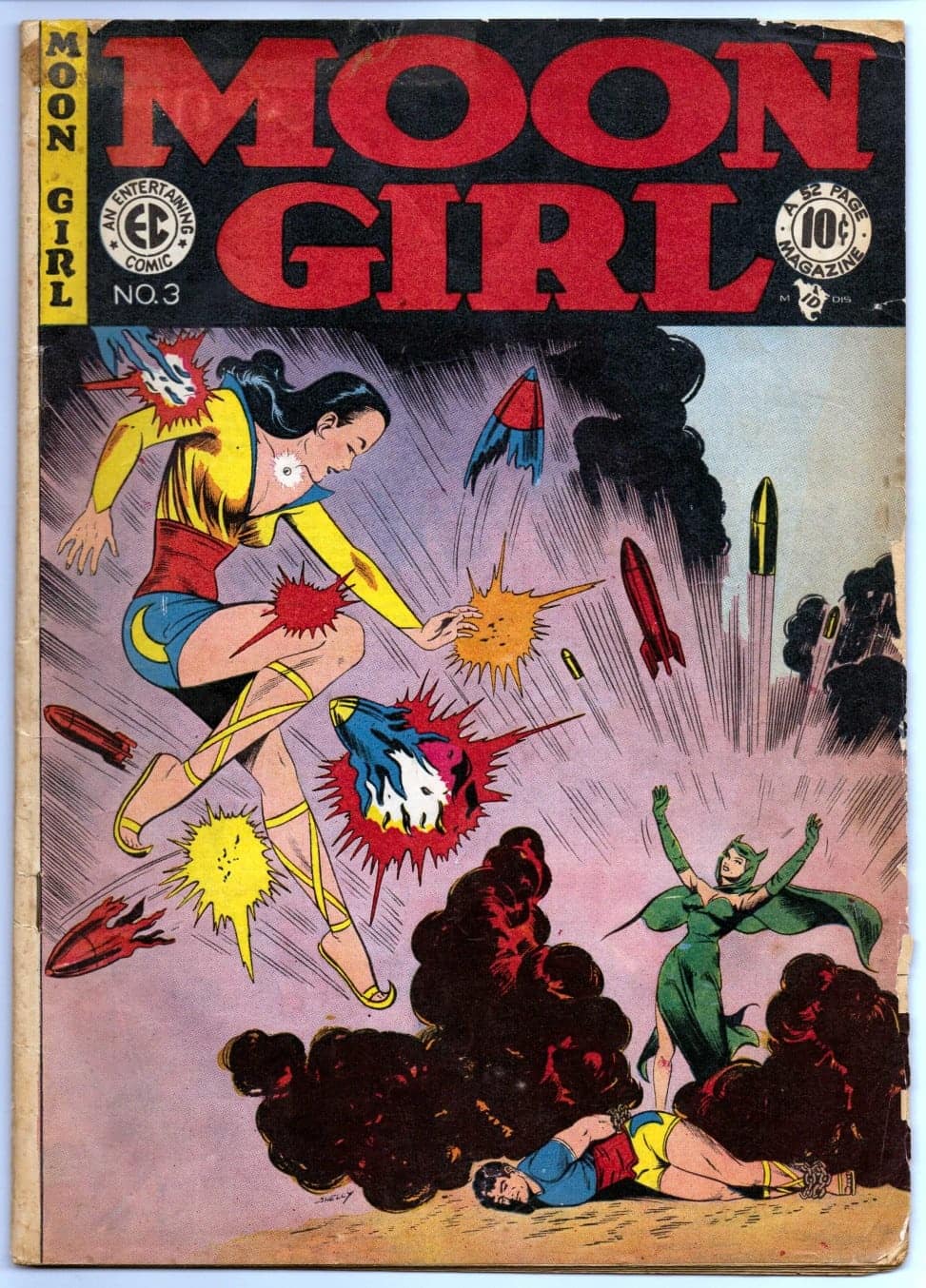 Moon Girl debuted in publisher EC’s “The Happy Houlihans” in 1947. That was quickly followed up with her own title “Moon Girl and the Prince.” Originating from the kingdom of Samarkand, her powers were bestowed upon her by a magic moonstone which aided her in defeating all on comers, including potential suitors. Much like Red Sonja from Marvel Comics, she would never marry a man who couldn’t best her on the battlefield. Among the defeated included Prince Mengu, with whom later she would agree to partner with as crime fighters in America.  They operated under aliases of teachers Lionel Manning and Clare Lune.

Number three* (shown) is actually the second title “Moon Girl”, having now dropped “…and the Prince.” The cover artist was Sheldon Moldoff, known for Kid Eternity, work on Hawkman and ghost artist on Batman. Trend chasing EC changed the title yet again by the seventh issue, to Moon Girl Fights Crime. By now, she was working with a female sidekick named Star. The final four issues ended as “A Moon, a Girl…Romance.”