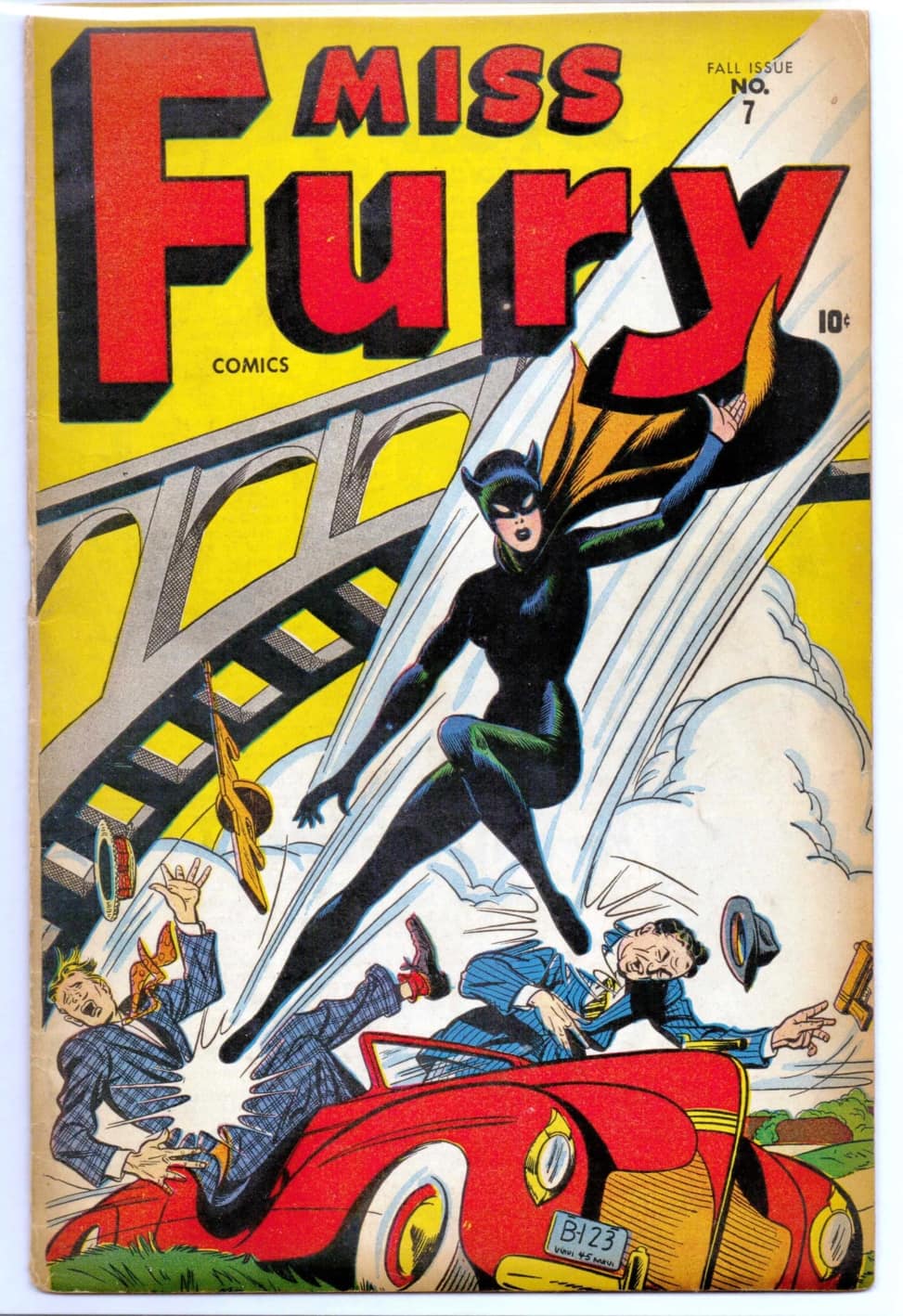 This is my favorite cover from the brief, eight book, Miss Fury comic book series that ran from 1942 to 1946. Covers on each are credited to, or thought to be by, Alex Schomburg.

Outside of her close fitting costume, Miss Fury was Marla Drake, a penthouse dwelling gal about town. But when garbed in the former ceremonial robe of an African witch doctor inherited from her uncle, she became for the betterment of all mankind, Miss Fury.