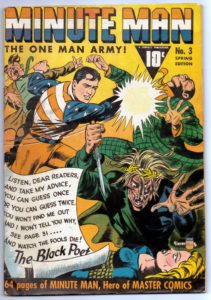 Minute Man was one of the many “Red, White and Blue” super heroes to emerge from the early 1940’s.  Minute Man #3* was published by Fawcett on March 1942.

Minute Man was created by Charles Sultan and his first appearance was in Master Comics #11 February 1941.

Minute Man’s real life persona was army private Jack Weston.  Wanting to do more for the war effort, Jack literally trained himself to maximize all dimensions of human fighting skills.  Adding to the amazing prowess with a Stars and Stripes uniform, Jack instantly transforms into an “A One Man Army”  in order to carry out secret assignments from General Milton.

Issue contains some wonderful splash pages like that of the “The Black Poet ” story penciled by Phil Bard. 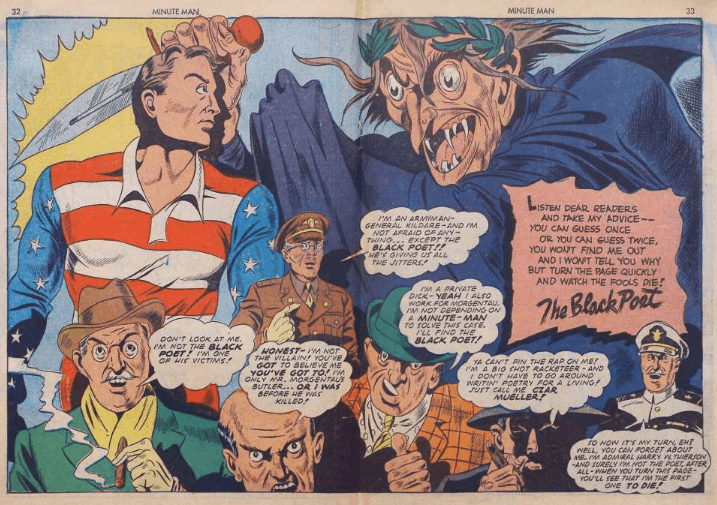