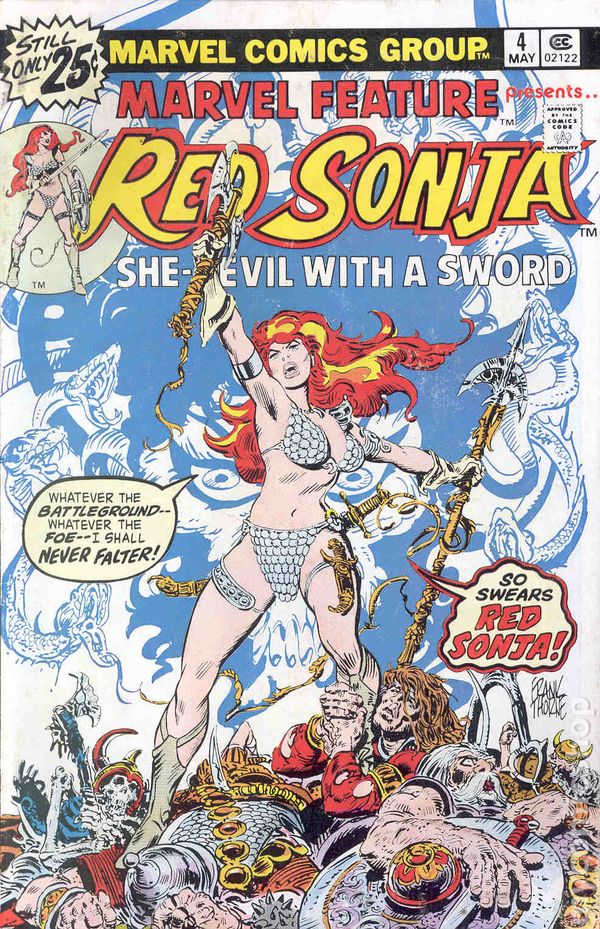 The second Marvel Feature series focused on Red Sonja, a supporting character from the ancient fantasy world of Conan the Barbarian. It was published for seven issues from November 1975 until November 1976.  Roy Thomas wrote issues #1, #6, and #7, while Bruce Jones scripted the other issues. Except for issue #1, drawn by Dick Giordano, the art for the series was by the creator most associated with Red Sonja, Frank Thorne. The Red Sonja character received her own self-titled series in January 1977.