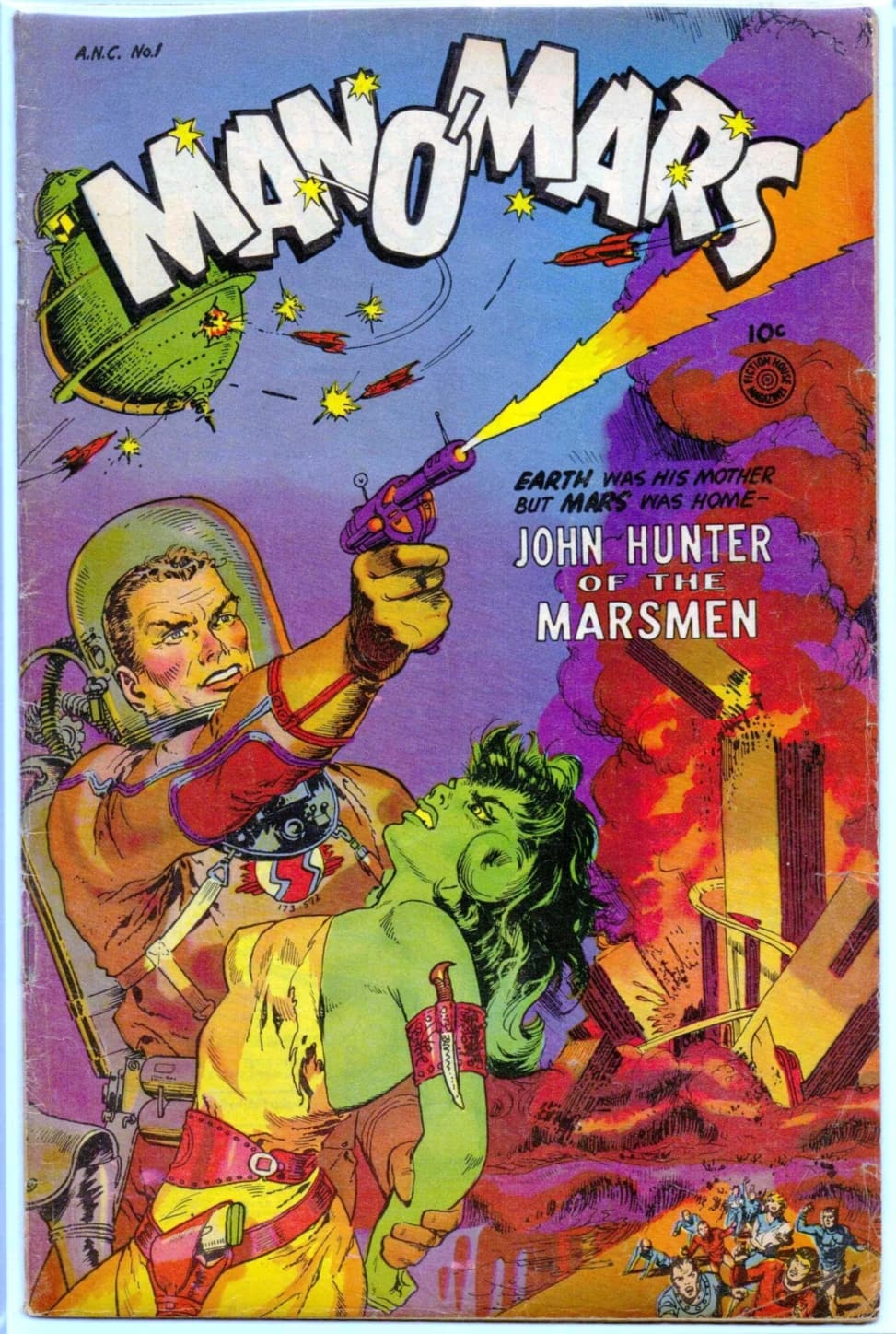 Maurice Whitman penned and inked the rather attractive (if you are into green) Martian woman named Ylla. Her name was borrowed from the “Ylla” in Ray Bradbury’s The Martian Chronicles.

In this pulp-like comic John Hunter of the Marsmen was published by Fiction House in 1953.  The main inside story was penciled and inked by another Maurice (Gutwirth).  The the rest of the stories are made up of old Planet Comics reprints.