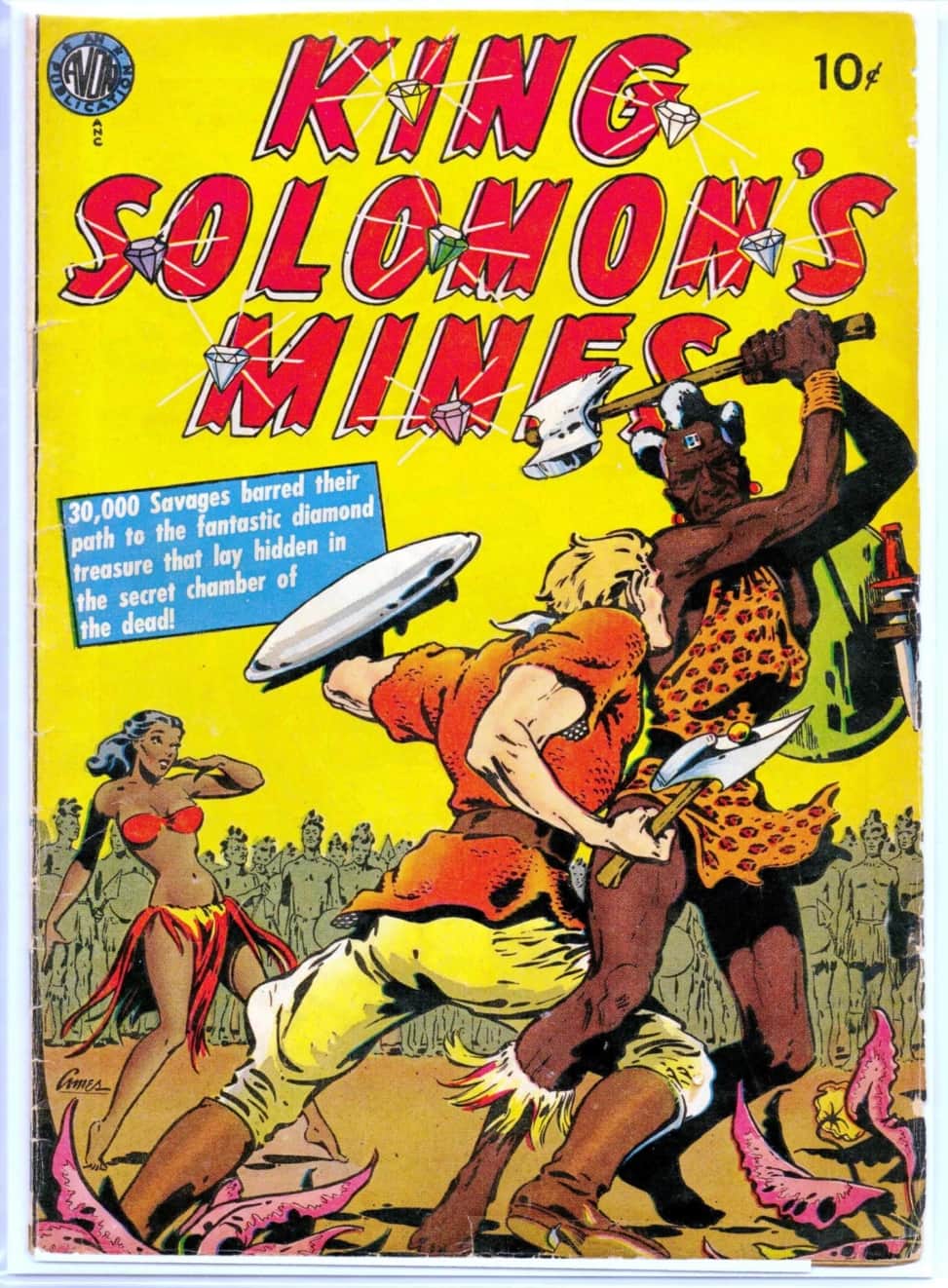 King Solomon‘s Mines is a best-selling novel by Sir H. Rider Haggard from 1885. The story captured the era’s sense of exploration and discovery felt by Europeans regarding the world’s ancient civilizations.

The story itself revolves around Alan Quatermain, who is in search of a person lost while looking for the fabled diamond mines of King Solomon in unexplored regions of Africa.

This comic was published by Avon Comics in January 1951 as part of a multi-media promotion for the movie release.

Cover art work is by Lee Ames (signed).  Lee contributed to comics for Lev Gleason, Quality, Fiction House, EC, Hillman and even Marvel with Modeling with Millie. He is most noted, however, for his Draw 50 series of learn how to draw books for Doubleday. He also worked as an animator for Walt Disney Studios and as an advertising agency artist.