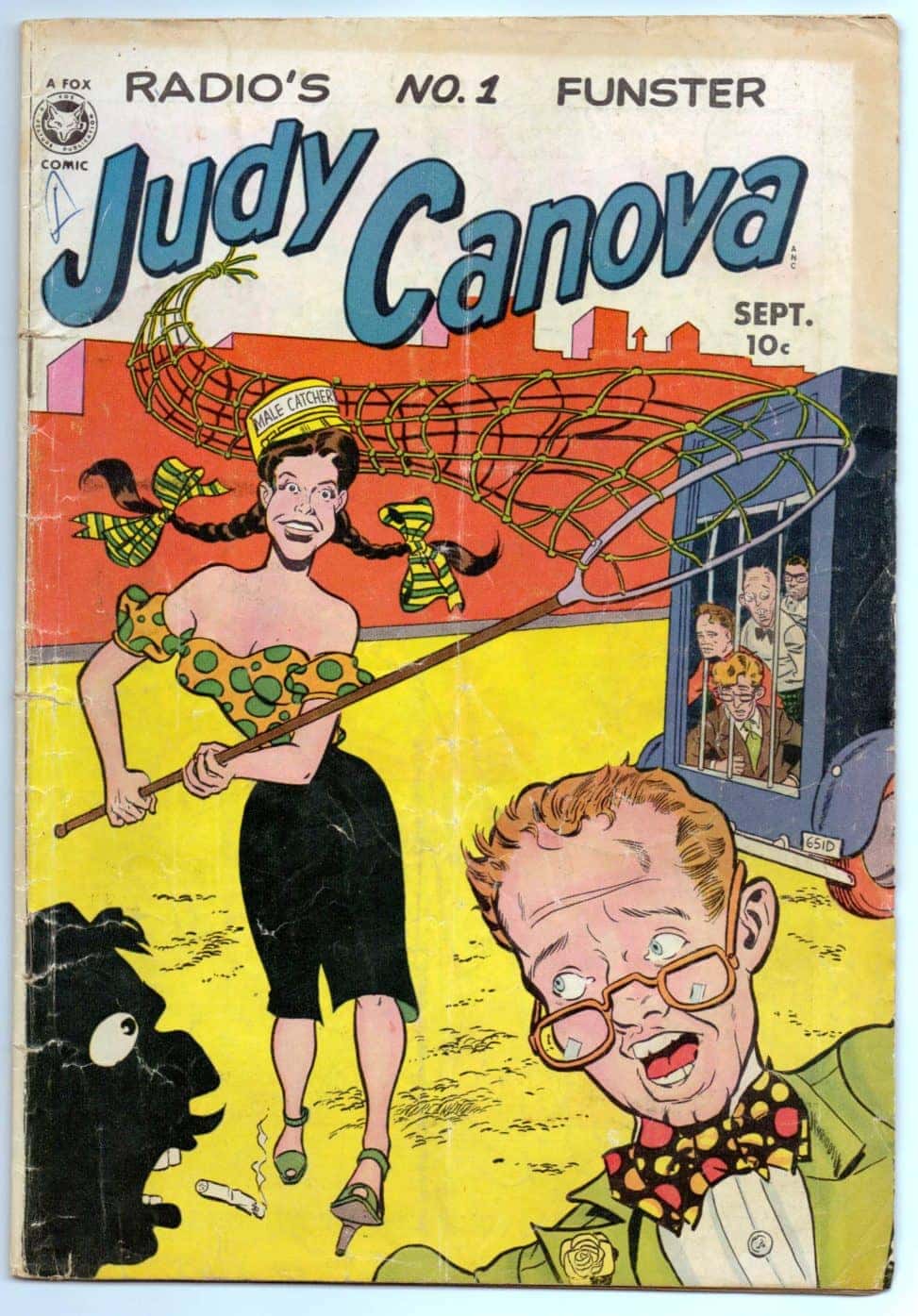 Much in the same vein as of My Friend Irma, Judy Canova wasn’t just a title of a comic book, but rather one part of a multi-media juggernaut that included film, radio, broadway and television. Popular through 1943 to 1955, Juliette Canova,  aka Judy Canova gained popularity as a raucous singing and yodeling comedienne whose shtick was hamming it up as a hayseed from the sticks.