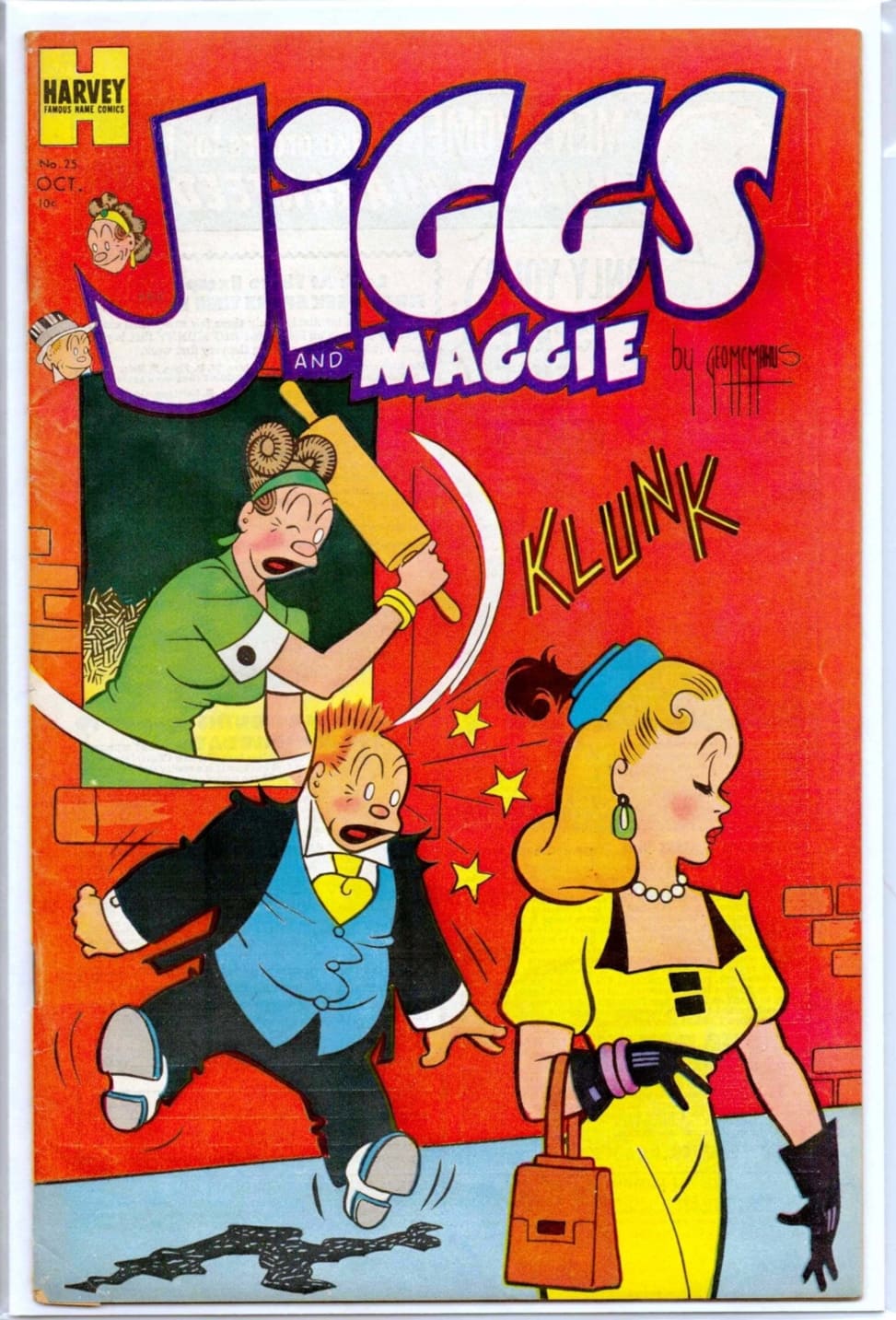 Jiggs and Maggie were the two main characters of a newspaper strip titled Bringing Up Father. Distributed by King Features Syndicate starting in 1913 – this surely makes them the oldest characters of any comic in my collection.

The rolling pin Maggie is using to persuade Jiggs his attentions might be more productively directed was a common witticism used by series creator and artist George McManus.

Having earned several fortunes (one of which was lost in the 1929 stock market crash) from the characters, those riches would be made in other media rather than comic books. This issue #25 from Harvey  (October 1953) was part of only six issues (#22 – #27) that they published.

Fun fact. Anyone who has eaten a can of Dinty Moore probably doesn’t realize the name came from the strips tavern keeper Dinty Moore.

McManus died in 1954 and the strip’s popularity gradually faded – nevertheless managing to continue all the way to May 28, 2000; making it the longest-running daily newspaper strip in history.