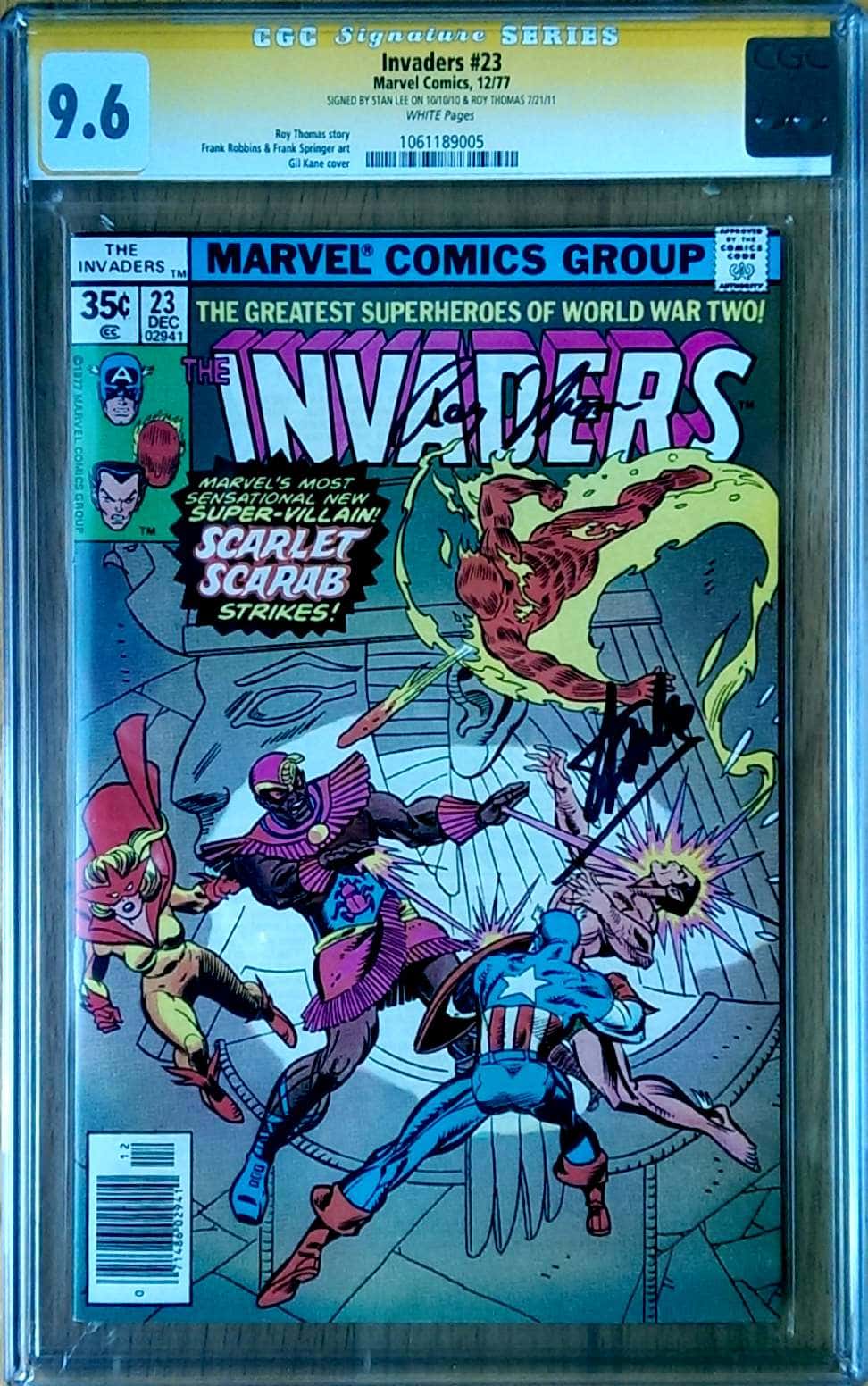 The Invaders were a Marvel Comics superhero mashup, originally as created by writer Roy Thomas and artist Sal Buscema in The Avengers #71 (December 1969).  After this appearance, the team was test marketed in its own title, Giant-Size Invaders #1 in 1975, followed by its own ongoing series. The team was primarily comprised of Captain America (Steve Rogers), his sidekick Bucky (James Barnes), the original android Human Torch (“Jim Hammond”), the Torch’s sidekick Toro (Thomas Raymond) and Namor the Sub-Mariner.  The group was set in World War II fighting enemies of the allied forces.

The original Golden Age prototype for the Invaders, the All-Winners Squad, was created by publisher Martin Goodman and writer Bill Finger.  This incarnation was published from 1941 to 1947 with 20 issues (#1 – #21).  The team was also notable for being the first in which its members did not entirely get along (after all, Human Torch and Sub-Mariner notoriously had several head to head battles).