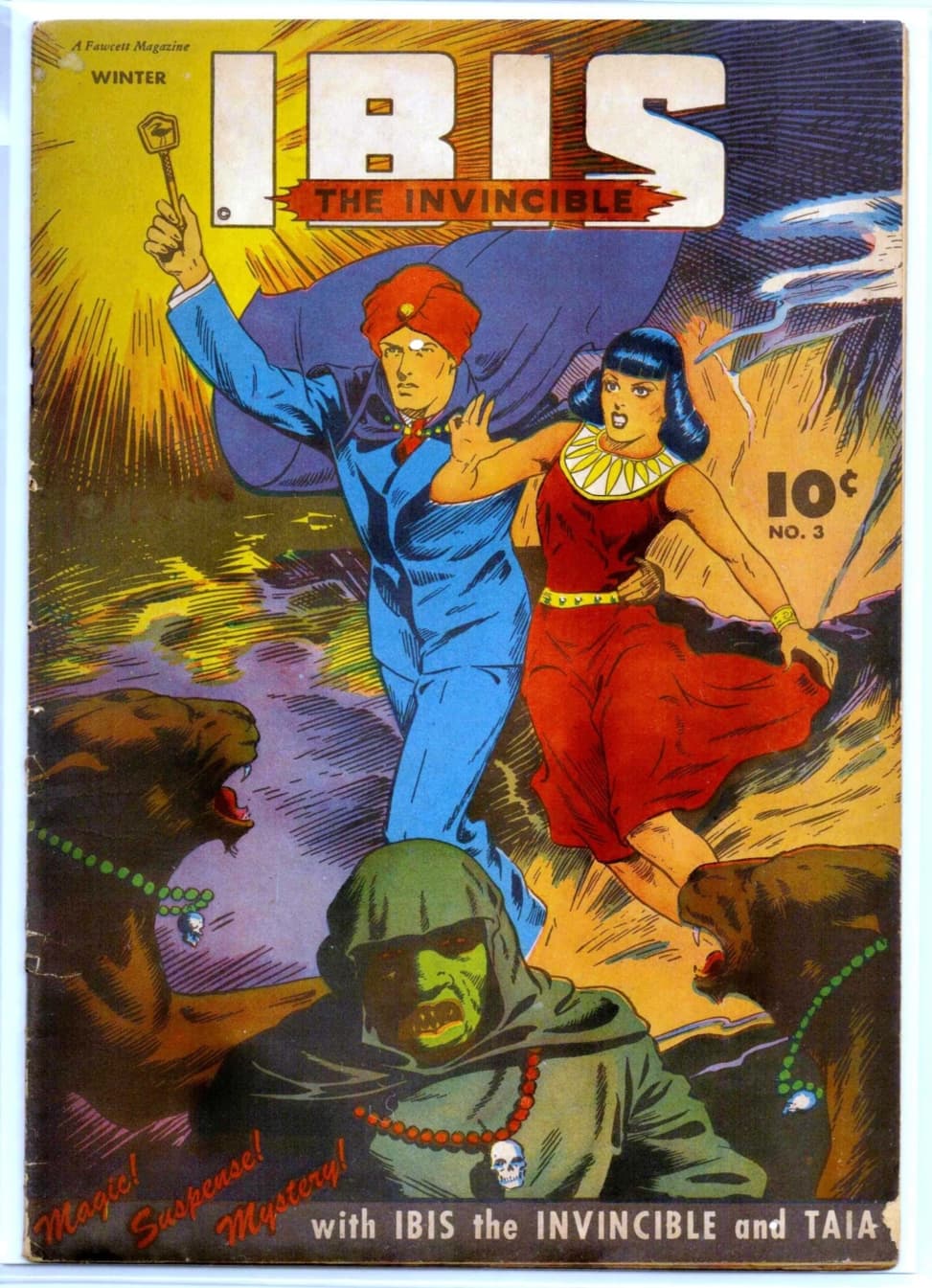 Sharing the relatively small “superhero magician” niche with Mandrake and Blackstone (of Super-Magician fame) Ibis distinguished himself by being a 4,000 year old Egyptian prince clothed in a modern business suit. He uses his knowledge of magic (greatly aided by the Ibisstick from Thoth, the God of Wisdom) to reunite with his ancient love, Princess Taia of Thebes (red dress on cover least she be confused for the green faced ghoul).  The Princess of Thebes strikes a remote resemblance to the “Woman of Thebes” in a Charles Landelle painting from 1876.  It is certainly not beyond the imagination that a future comic artist born in 1906 could have been exposed to such work as an art student in New York City. You can see on the cover of issue #3* the Ibisstick glows in the presence of evil. This comic is dated November of 1945 and art is by Gaspano “Gus” Ricca.  Gus was behind a number of the strange covers churned out by publisher Harry A Chesler, where Gus’s work does share in common with this cover a striking usage of brilliant color.  As an interesting side bar, a fellow artist is having a bit of fun with “Mr. Ricca” here while he was Art Director for Chesler owned military humor publisher Remington Morse Co.

Originally published by Fawcett, Ibis’s first appearance and origin story occur in Whiz Comics #2.  The character rights of Ibis are now owned by D.C where he was actually revived in the late 1970’s and again in the 2000’s.