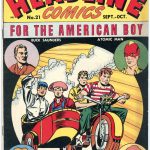 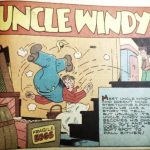 Headline Comics #21 is dated October 1946 and was published by Prize.  Of course, I picked it up for its motorcycle cover. However, the book is most acclaimed because it contains both the first appearance of Uncle Windy (aka Archimedes “Windy” Booper) and the last appearance Atomic Man.

The Atomic Man is best known as the first atomic superhero.  He was created by Charles Voight and appeared in Headline Comics issues #16 through #21.  As the story goes, Atomic-Man’s alter ego, Dr. Adam Mann, had been experimenting with uranium-235 before succumbing to superpower side effects that included amazing strength, ability to deliver atomic blasts, flight and invulnerability (to everything except a pretty young lady, that is). 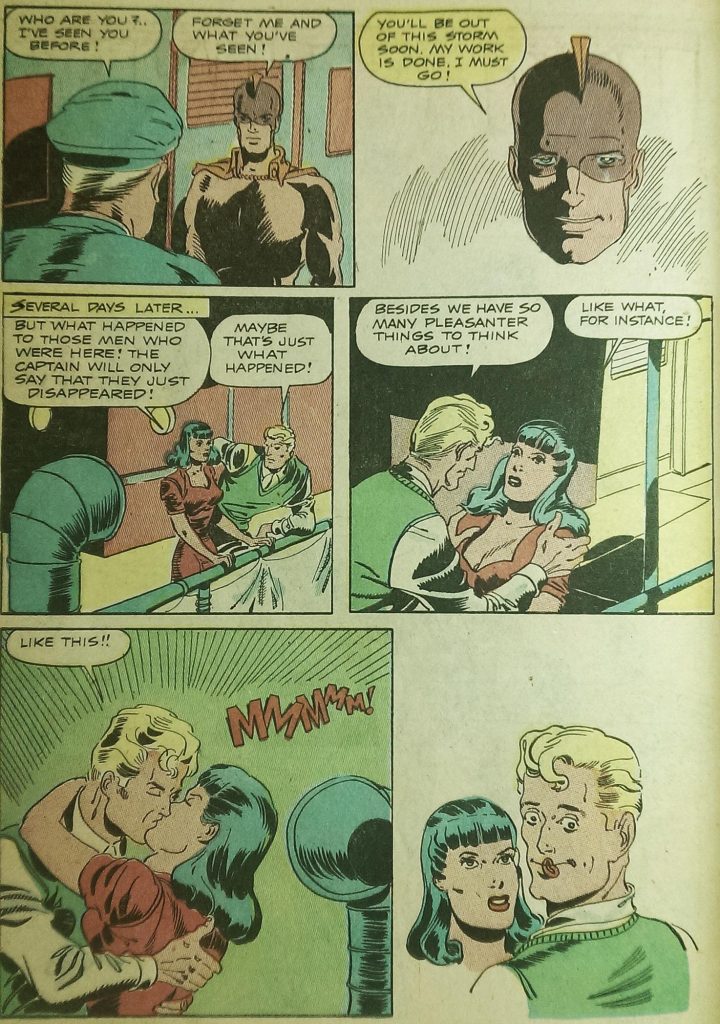 Atomic Man gets a kiss 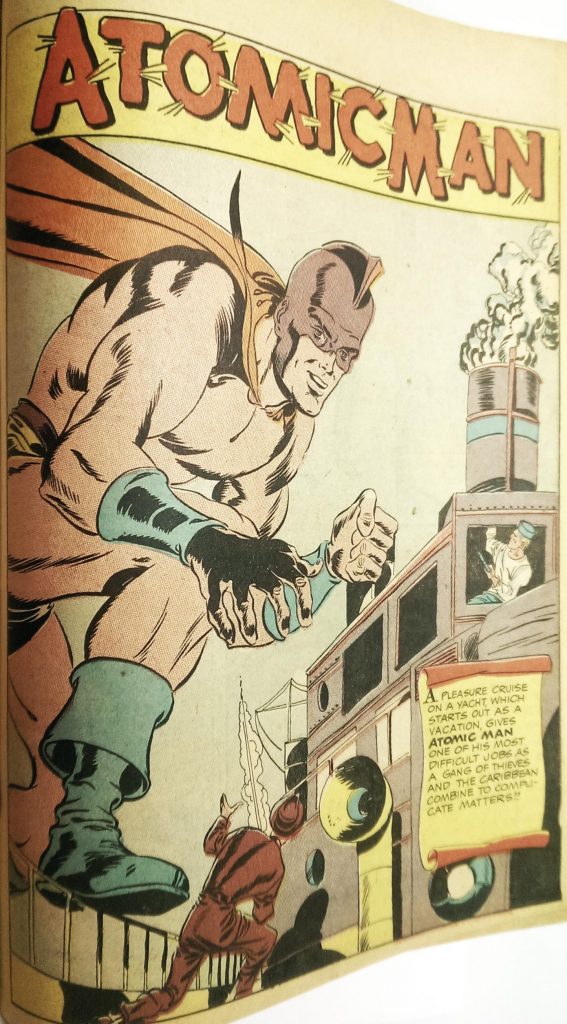