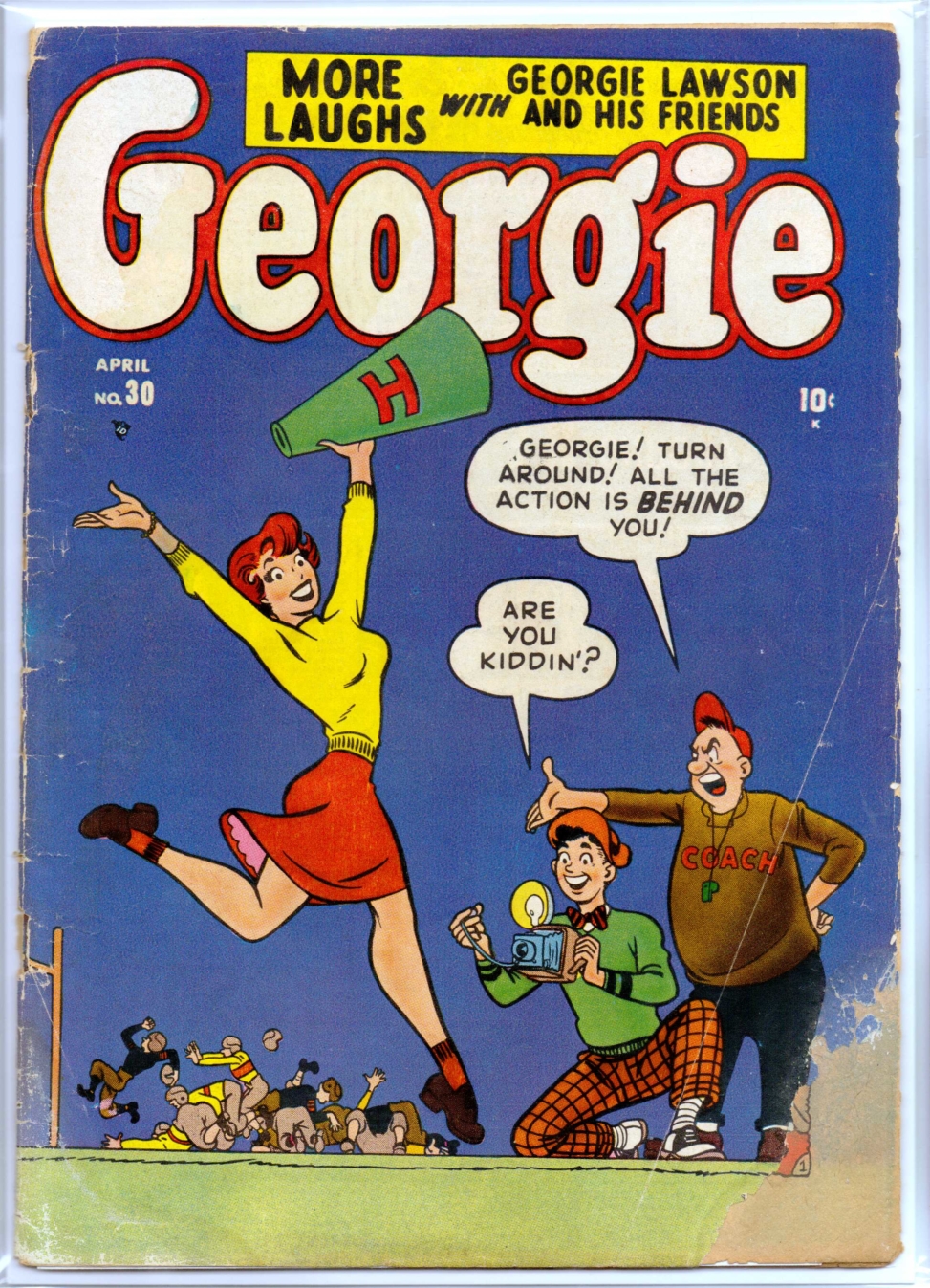 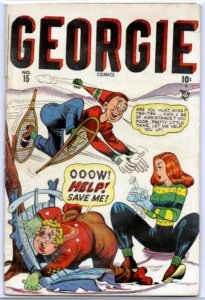 Timely published Georgie #15* on March 1948 – near the middle of Georgie’s thirty-nine edition, seven year run that began in 1945.  The series was briefly known as Georgie and Judy after switching to Marvel’s other publishing house Atlas.  Along with Frankie and Willie, Georgie batted on Marvel’s humor team, as they lined up in a circulation sales competition with Archie and dozens of other similar titles from other publishers. 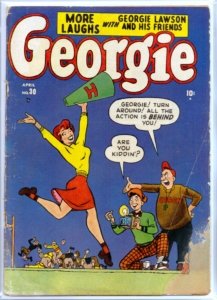 With art credits for the humorous sledding accident cover (and most of the inside stories) going to Mike Sekowsky surely this issue sold well.  Mike did the covers for eight issues – which usually featured Georgie sporting a checkered suit jacket, but always included him gawking at girls. Mike worked later in a long career at D.C. co-creating Justice League of America as well as drawing Wonder Woman circa the late 1960s and early 1970s.

Issue of #30* features a football cover by the great Dan DeCarlo.