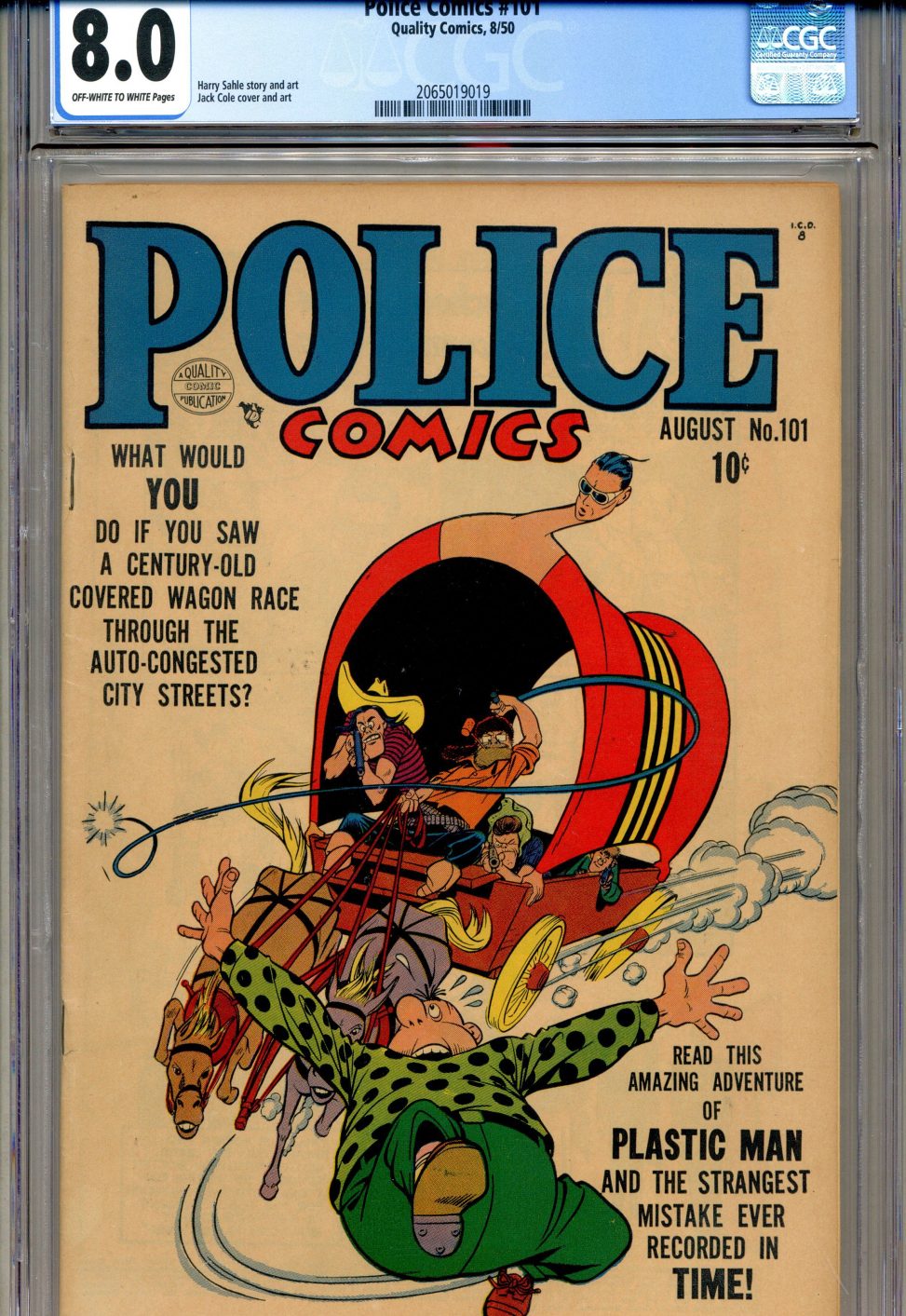 One single raindrop on the ocean quickly becomes diffused within the overwhelming volume of saltwater upon which if falls. Such is the fate of countless comic book collections discovered and sold onto the vast collector market. Found and subsequently dispersed among voracious collectors, scattered here and there merging into a new generation of owners. Unless distinguished by unique markings or coming from a certified pedigree the origins of most comics are largely forgotten. Previous owners, in effect, dust in the wind.

Thankfully some comics sales retained a few notations. In this case, some sales from more than a decade ago via Metropolis Comics were designated as an “Artist File Copy.” Upon further investigation, the artist these originally belonged to was Fred Schwab who passed away without fanfare at age 82 (May 13, 2000) residing at 411 East 53 Street, Manhattan, New York City.

Truth be known, Fred Schwab was a retired graphic illustrator for the New York Times and freelance cartoonist who participated discreetly in some of the most important comics ever published (not to mention serving in World War II as a photojournalist.) 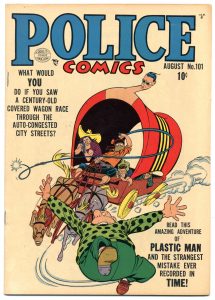 Given Police Comics in his collection were published by Quality without any direct relationship to his own artwork (but with Will Eisner connections) he clearly collected issues he didn’t overtly participate in creating. I don’t know specially how he acquired them, nor what family member brought them to market, nor how many were sold. It would make for an interesting bit of detective work. Regardless, for 55 years this comic was stored at 411 East 53 Street and was enjoyed by an artist who helped establish the Golden Age of comics.