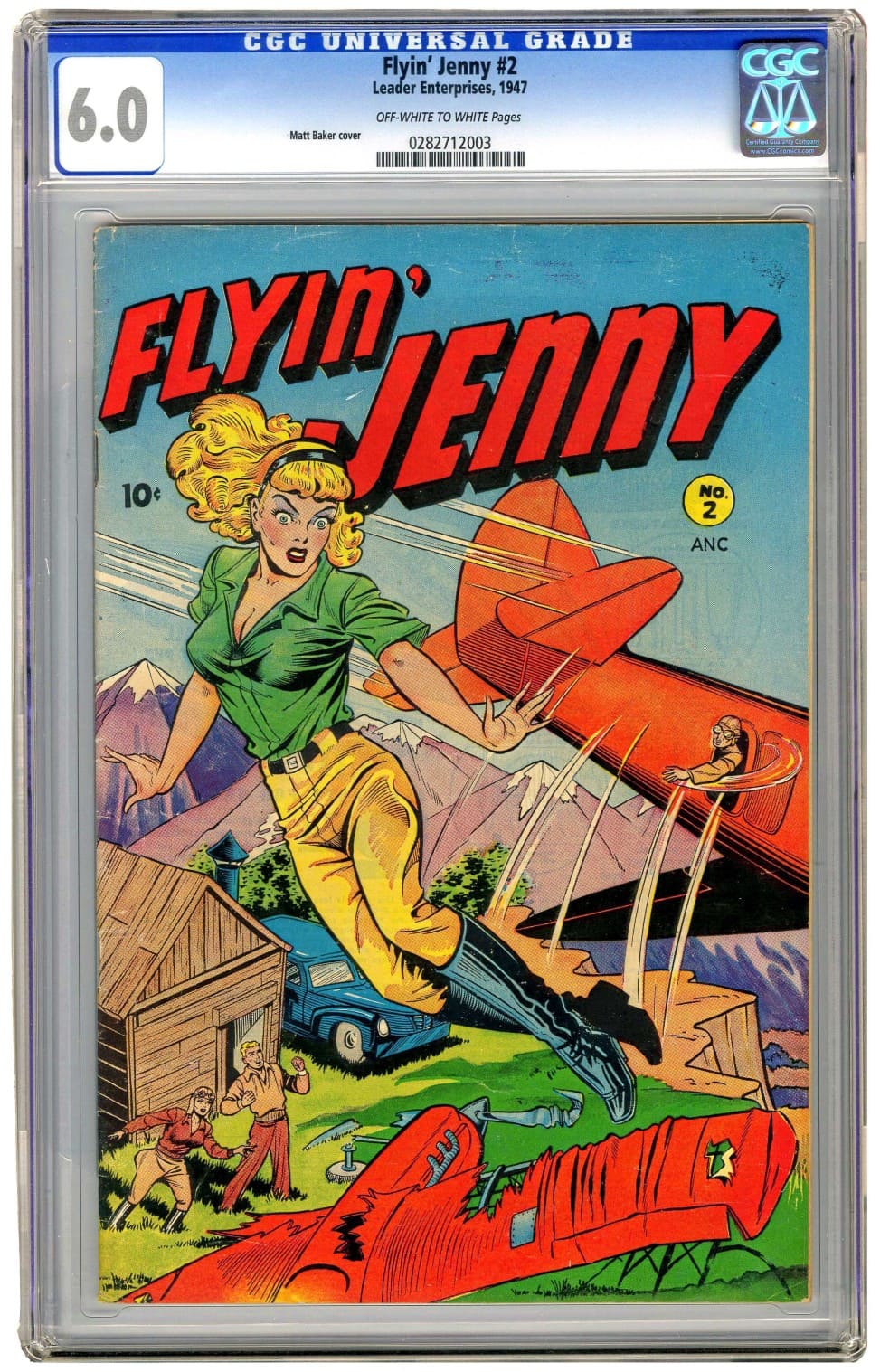 Flyin’ Jenny was created by Russell Keaton. She began running right out of the gate as both a daily and Sunday newspaper strip on October, 1939.  Having previously inked the aviation newspaper strip Skyroads (as well as Buck Rogers) Keaton was familiar with the flying theme and was looking for a new hit.

Working in Keaton’s favor, the phrase flying jenny (jinny, jinnie, or ginny) had been used for decades to describe amusement rides, such as a merry-go-round, in which riders are whisked around in a circle. It was also the name given the Curtiss JN-4 “Jenny,” a World War I era bi-plane.  Such a plane was likely near and dear to the heart of a lover of flight such as Keaton.

Keaton took his passion of flying so far as to become a real life full-time flying instructor.  It was during these times the strip was sometimes ghosted by Gladys Parker (Mopsy), or assistant Marc Swayze (Mary Marvel).  Marc took over full time with writer Glenn Chaffin (co-creator of the aviation strip Tailspin Tommy) after Keaton died at just 35 years of age from skin cancer. Like Bruce Gentry, Jenny’s character managed to become dramatically embroiled with political infiltrators, vandals and felonious masterminds – themes that gained even more appeal once the U.S. entered World War II. After the war, however, the character found it difficult to match wartime skills to a postwar world – mirroring a reality where many veteran aviators and mechanics found a limited number of civilian jobs that could match their skill set. It was also in this period (July 1946) the strip ended.

Shown here are the only two Jenny comic issues, both by Pentagon Publishing Co.  In total, Pentagon only ever printed eleven different comics across five distinct titles, the most known of which might be  Claire Voyant.  The artist who created this curious palm, plane, lion cover for Flyin’ Jenny #1 is unknown.  The cover of the second issue (a gga classic, image of my copy in upper right) is by Matt Baker.