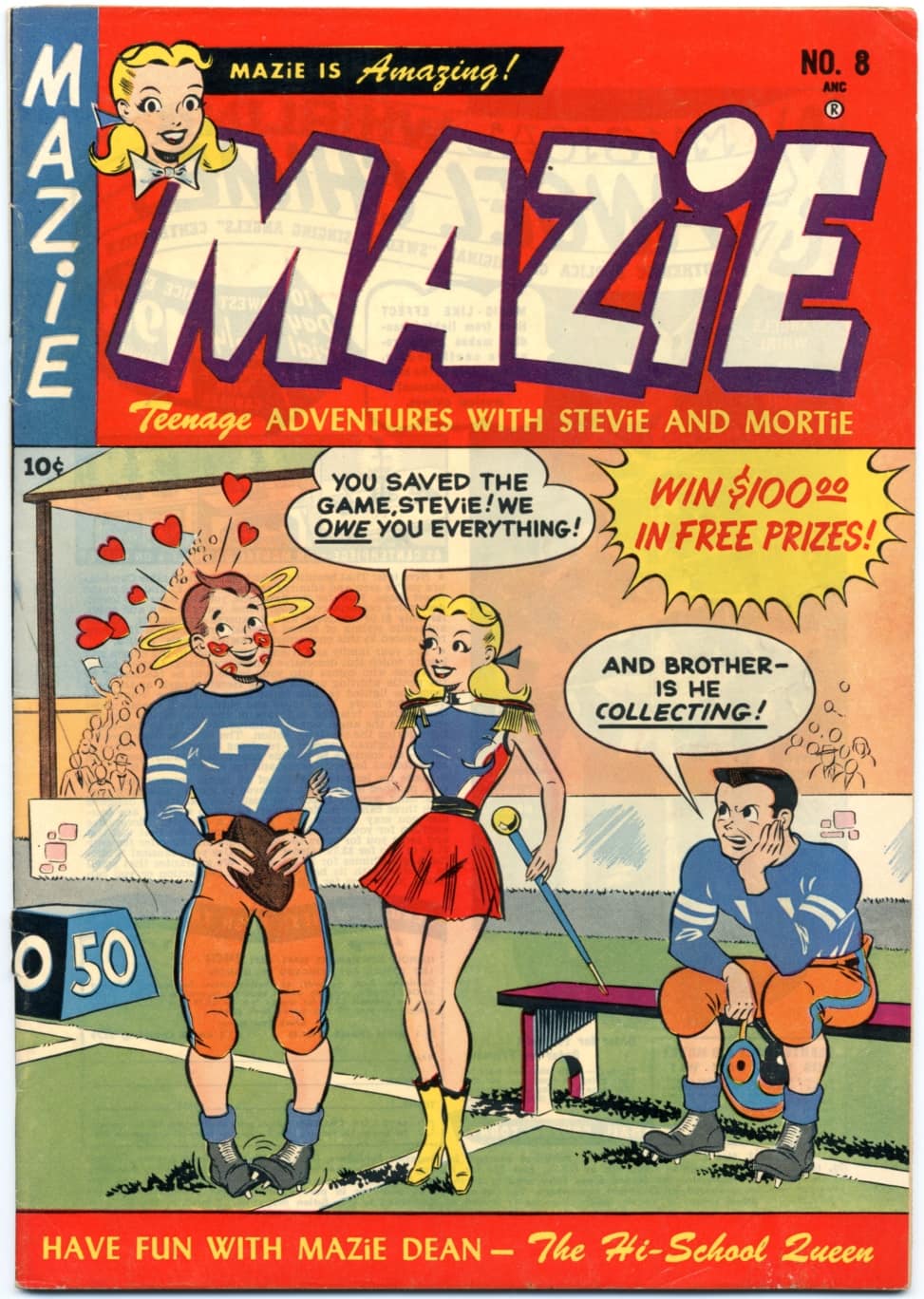 Obscure Nation-Wide Publishing printed the first issue of Flat-Top on November 1953.  Flat-Top was a spin-off from “Mazie,” Nation-Wide’s facsimile of the Archie Comics.

Flat-Top  was a “Reggie-Like” supporting cast member with “Mazie Dean and her boyfriends.” I grabbed these issues for the football covers.

Flat-Top lasted only three issues until it was picked up by Harvey, where they ran Flat-Top for just four more issues (under the seal of the comic code authority).  Mazie fared slightly better, with a total of 28 issues between the two publishers (1950-1958). Artwork is by Warren Kremer.  He worked briefly in pulps and soon switched to comics where he became known for establishing the Harvey Comics “house” style with famous characters such as Casper, Richie Rich and Hot Stuff.