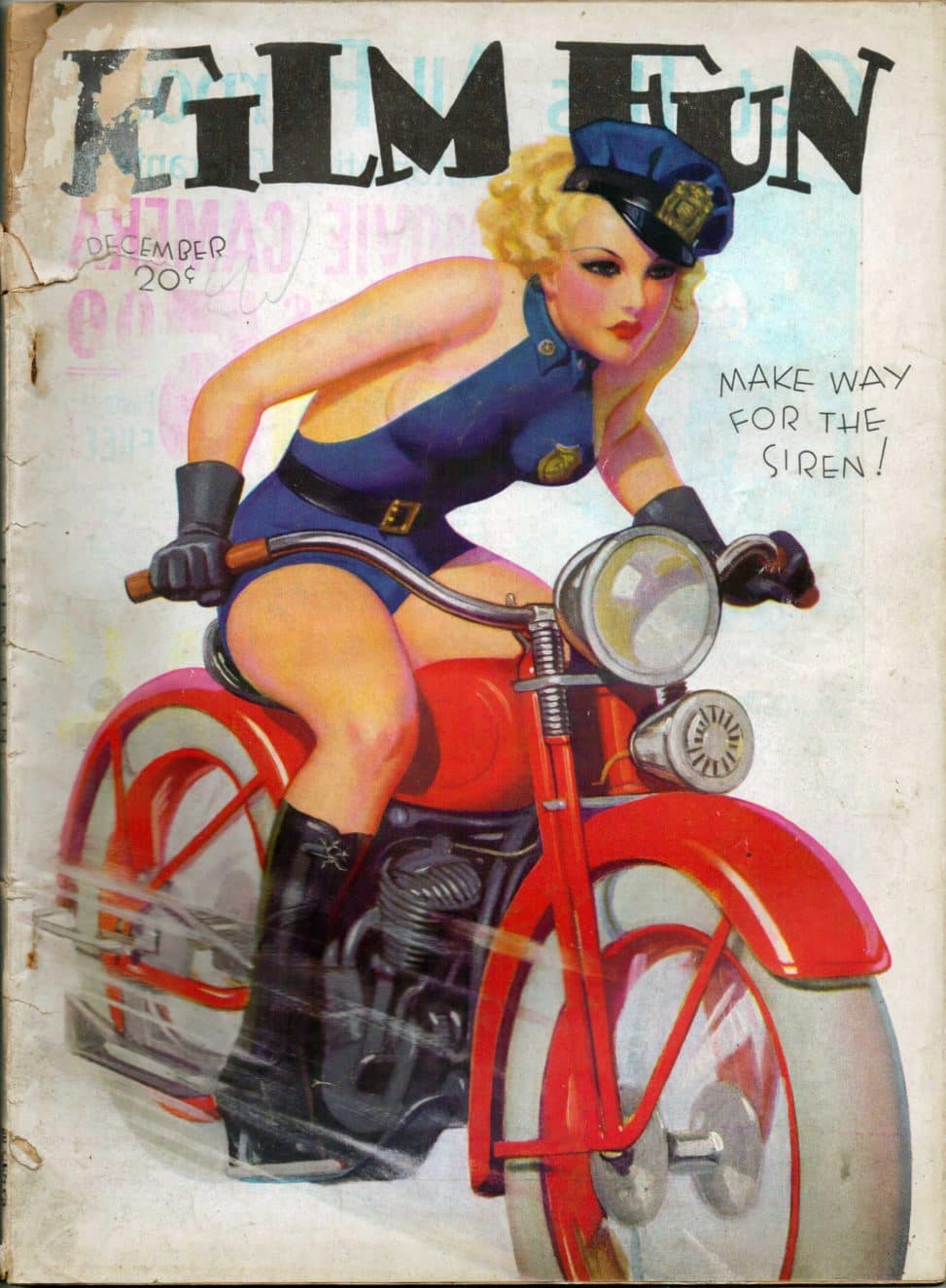 Clearly not a comic, and in fact not even from the golden age of comics (the magazines shown here came from as far back as 1934.)  Nevertheless we will refer to these classic pin-up illustrations as Good Girl Art for our purposes.

I ran across the Film Fun series due to the motorcycle cover shown here, and was delighted to discover that frankly the books are relatively inexpensive compared to comics. Take caution however obsessive collectors, one could get easily carried away – there are hundreds of issues in the run – and the Enoch Bolles covers are quite addictive.  Plus there are even more Bolles covers in other titles like Breezy, Spicy Stories etc., Film Fun ran from July 1915 to September 1942 and introduced one of the earliest and most popular of all the glamour and pin-up illustrators, Enoch Bolles in 1922. By mid-1923 (to the magazine’s end in 1942) Bolles painted almost every cover. In a story reminiscent to the end of the Golden Age of comics with the Comics Code Authority,  Film Fun’s demise came after the Postmaster General’s threat of obscenity prosecution due to the “salacious” cover material.

The flapper girl era of the roaring 20’s saw feminine independence celebrated with hair bobbed to the ears and skirt lines just below the knees.  But the subsequent great depression of 1929 followed up with the populism that cumulated in WWII brought about a more conservative style (even given Rosie the Riveter) – think more Norman Rockwell-ish.